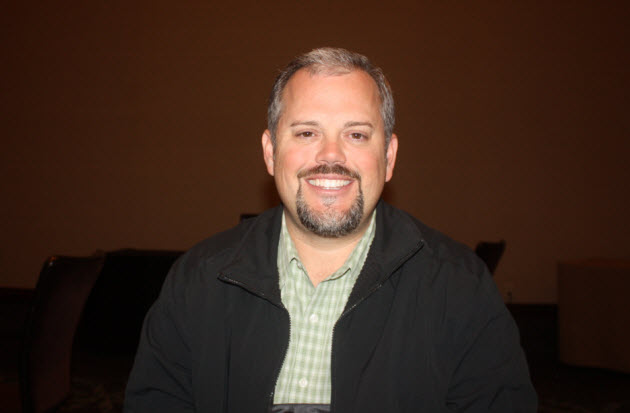 VentureBeat ran into Blizzard Entertainment’s Paul Sams at this weekend’s BlizzCon fan event in Anaheim, Calif., and we sat down with him to discuss the company’s newly announced World of Warcraft Annual Pass, declining subscribers, and the company’s plans for future mobile projects.

Sams has been with the company since the mid-90’s, and as chief operating officer, he’s overseen development of every Blizzard title in some way or another since Warcraft II: Tides of Darkness. Sams was also responsible for publicly telling notorious German director Uwe Boll that Blizzard would never sell him film rights to World of Warcraft film. VentureBeat interviewed Sams in 2008 and earlier this year as well.

Here’s what he had to say about the company’s current strategy:

VentureBeat: The World of Warcraft Annual Pass was a big announcement. It’s an ambitious decision, especially to give away Diablo III. Does it tie back into reports from earlier this year of declining subscribers for World of Warcraft?

Paul Sams: Honestly, what it ties into [is that] we always are looking for ways to show an amount of, I guess … gratitude or what-have-you to our player base. We talk about, all the time, how can we do something cool for our players that’s going to benefit them, benefit us, and that they’ll feel is a give-back of sorts. That’s where this started. There’s a variety of benefits that come from it. Certainly the players get DIII, which is pretty exciting. That doesn’t mean they get the expansion sets, it means that they get DIII, right? So we get people excited about playing that … they get to touch it, feel it, experience it. And then from our perspective, it also is a situation where they aren’t necessarily going to leave WoW to play our own game. We don’t want to take players from our universe and shift them over from World of Warcraft. There’s a lot of players playing WoW that have huge amounts of friends and family that they play World of Warcraft with, so [giving Annual Pass subscribers Diablo III] says, enjoy both of them. You don’t have to pay any more than you already do for WoW.

VB: Is the potential profit that Blizzard stands to make from the real-money auction houses in Diablo III an incentive to try and get more people into Diablo, by giving away the base game?

PS: Yeah, I guess it could. That hasn’t been the primary focus, to be honest. We thought it would be a cool thing to have our players be able to experience that game without having to leave WoW. We really view it as a give-back to the players. Will that mean that there’s more people potentially playing DIII? Maybe. Does that mean more people might engage in the real-money auction house? Possibly. That could be very positive for the organization, and I think for the players.

VB: Earlier this year you also moved to free-to-play for the first 20 levels of World of Warcraft. Can you talk about the impact that’s had on the game and the players?

PS: The thought process there was, we wanted people to be able to experience the trial of the game more fully. The previous trial was not as in-depth. By allowing people to play through 20 [levels] it really allows them to get immersed in the experience. It allows them to get a connection with their character and to understand the dynamics of the game, the different ways to play and all the different mechanics of the game. So we thought what that would engage players at a level that would allow them to want to become subscribers. We thought that would do that more so than our prior trial version. We’ve had good acceptance of that. We feel pretty good about that decision.

VB: With the announcement of Mists of Pandaria, there’s a handful of World of Warcraft expansions now. Do you feel that each one increases the barrier of entry to potential new players?

PS: Well, we’re shrinking down the number of boxes, essentially. You won’t see the brown box, the original, as we call it, by itself on the shelves very often anymore. What we’ve done is we’ve brought it together with Burning Crusade so we don’t have as many boxes on the shelf. It’s been a while since we released the original game and the first expansion set. We feel comfortable bringing those together at a price point that’s palatable to new players. To be able to catch up is not that difficult. If we had the original and then 17 expansions that you had to go and buy and upgrade through, that could be pretty challenging. So we’re trying to minimize the number of steps to be able to come up to the most recent version. I think it’s also important, though, to understand that you don’t have to have all the expansion sets to play the game. You can play the game with any version. If you have just the original you can play that, if you add Burning Crusade you can play that content. As you progress through the content, if you want to have more you can add an expansion, but you don’t have to feel as if you need to do it from the get-go.

VB: But at the same time, you also said that a lot of people have their friends and family already in the game. So if someone is already off in Northrend (which is exclusive to the second expansion set) and their friend who’s just joined only has the core game, they actually do need to pay for those extra boxes.

PS: If they’re looking to play with someone else that is already up through Cataclysm, as an example, then yeah, they do need to do that.

VB: Which is, with so many subscribers, undoubtedly a common occurrence.

PS: I think it happens on a regular basis, but I think also, based on the statistics that we have, there are still players playing the game without the most recent expansions. 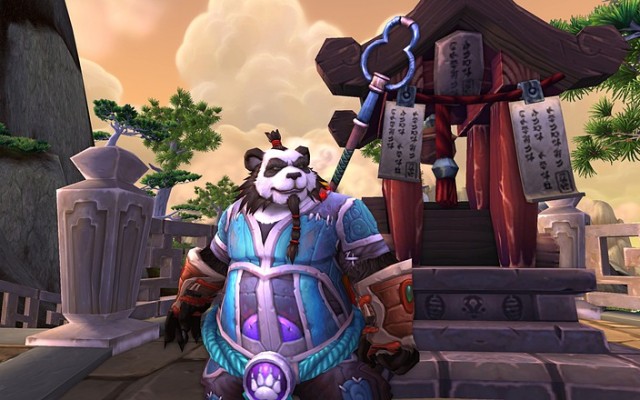 VB: Blizzard has not really tapped into the mobile or the casual market. Those are two areas where billions of dollars are being made right now. There’s the World of Warcraft Armory, and there’s also the BlizzCon app, which are obviously free to all players, whoever wants them. But what is your stance on possibly exploring mobile or casual in a more substantial way?

PS: Well, we’re regularly looking at all the different possibilities out there. Our challenge is, I think, that, like a lot of companies, we have to prioritize our opportunities. At this time, our current slate of products is our priority. That does not mean, though, that we’re not looking hard at the mobile market, the tablet market, what-have-you.

As you mentioned, we do have a number of offerings that are kind of around game experiences, but aren’t necessarily an actual stand-alone game experience. Those have been pretty well-received by our players, they’ve done well. I think what that tells us is, we can continue to add to those offerings and potentially do others around game offerings. We have a mobile auction house for World of Warcraft, which I think is also pretty cool, and it’s done well for us. I would guess that if we come up with an idea that we think is appropriate and exciting for one of those devices, we certainly would look at it.

Typically, when we’re deciding what games to make next, it’s based upon figuring out what the gameplay experience is, what the game is. Then we decide what platform is most appropriate for it. So if the answer is mobile or tablet, when we’re having those conversations, we’ll definitely go there. We do have a group within the organization that’s focusing on mobile and tablet apps. Thus far it’s been around our games. But that does not mean that we won’t go there in the future.

VB: A lot of massively multiplayer online (MMO) games are experimenting with a “freemium” model and finding varying degrees of success. Obviously, World of Warcraft is not sinking. It doesn’t need to do the DC Universe Online thing where it’s like, “Oh, we’re free to play now, let’s hope this saves us.” But what’s Blizzard’s stance on the freemium pricing model? Do you see it as a viable option for an existing or future game?

PS: It’s a very interesting business model and approach. Whether or not we will end up doing that at some point or not, I don’t really have the information to share. But certainly it’s possible that could happen with an existing product that we have. I think what you tend to see is that happening when games are on a decline or they don’t have a user base that can support itself through subscriptions. So then they’ll introduce the new model in hopes of being able to generate a different type of revenue to support that community and ongoing content. So it certainly is possible, if we find ourselves in that circumstance, or if we come up with a game where we think that’s the right business model, the most appropriate for players to experience it. We don’t have any opposition to the concept, it’s just that at this point we haven’t decided to make a game where that is the model. But that doesn’t mean that we won’t.

VB: Thanks for your time, Paul. Enjoy the rest of the show.