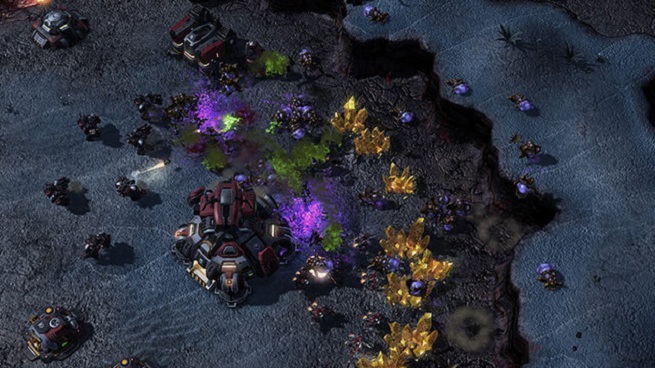 Blizzard Entertainment launched the trailer for its long-awaited StarCraft II: Heart of the Swarm expansion today. The launch in advance of the March 11 of the major add-on pack for StarCraft is unique in that Blizzard chose to debut the trailer live on Twitch, the streaming video site for gamers.

The level of hoopla around the event is similar to Blizzard’s launch of new World of Warcraft expansions, which often set records in terms of PC retail sales in a 24-hour period. [The livestream is actually running late, and fans are having a field day making jokes about it, like “vengeance is coming soon, in 2016.”]

Irvine, Calif.-based Blizzard, a division of Activision Blizzard, also announced that it will stage launch parties around the globe, including tournament matches between top pro gamers. Launch events will take place in the U.S., France, Australia, South Korea, Singapore, Taiwan, Russia, Brazil, and Mexico starting the evening of March 11.

“The StarCraft community has been anticipating Heart of the Swarm for a long time,” said Mike Morhaime, the CEO and cofounder of Blizzard Entertainment. “I believe you will find it was worth the wait. We’re looking forward to celebrating the release by hosting an awesome global launch party in two weeks and delivering our best StarCraft content to date.”

In the U.S., Blizzard will stage an event at a mall in Irvine, where it will feature special guests from the StarCraft II and eSports community, including commentators Day[9] and Mike “Husky” Lamond. Players can be the “first to join Kerrigan, the Queen of Blades, in her quest to reunite the Zerg Swarm.” Thousands of stores will open at midnight to welcome players. The expansion is $40, and the Collector’s Edition sells $80. That edition includes a 144-page art book and a soundtrack CD, among other things.

[Update: with info on the trailer]

The trailer focuses on Sarah Kerrigan, the Terran soldier who was captured by the Zerg and morphed into the Queen of Blades. It shows her in her human form and the Terrans boasting that the “swarm is leaderless.” But clearly, that’s not the case. Kerrigan converses with her fellow soldiers, who say, “You betrayed us all.” Another says, “I never gave up on you Sarah, don’t you give up on us!”

Then all the violence starts. Kerrigan evidently morphs back into the Queen of Blades. She says, “I am the Swarm. Armies will be shattered. Worlds will burn. Vengeance shall be mine.” And her friends feel betrayed again. Asked what she has done, the Queen of Blades says, “What I had to.”

In conversation about the trailer, the Blizzard developers say they have to walk a tightrope of conveying sympathy for Kerrigan’s plight and her atrocities as the leader of the Swarm, which kills all things in its path.

“Is there any kind of possible redemption for this chick,” one developer said. “And will the universe let her get it?”

Check out the livestream here.