Speaking today at the sold-out BlizzCon fan event in Anaheim, Calif., Blizzard’s vice president of creative development Chris Metzen revealed the upcoming expansion set to deafening applause. Each new expansion is financially a big deal for Blizzard, which generates a billion dollars a year in World of Warcraft revenues.

Whenever the company starts to lose subscribers, it pumps up the user base with a new expansion. In a recent earnings call, Blizzard said such changes would happen more frequently than in the past. It didn’t say why it would move faster, but presumably it is because it has to fend off competition from new rivals such as Trion Worlds’ Rift as well as a horde of new free-to-play games, where users play for free and pay real money for virtual goods. Blizzard responded earlier this year by making the first set of levels free in World of Warcraft, and now it is responding again with a new expansion.

As longtime Warcraft fans already know, the pandaren race of panda-like warriors originally began as an April Fool’s Joke inspired by Blizzard artist Samwise Didier’s fascination with drawing pandas, according to Metzen. Due to an impressive response from fans, a pandaren character appeared in Warcraft III: The Frozen Throne, technically making the “joke characters” part of the official Warcraft lore. 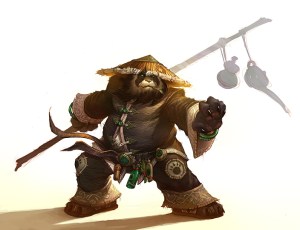 Long-rumored to be a playable race in World of Warcraft (and confirmed by Metzen as originally planned for the second expansion, The Burning Crusade), the pandaren now have an entire expansion set based around them.

The pandaren will be unique to World of Warcraft’s roster of playable races in that they are faction neutral, at first. Players will eventually be able to decide if their pandaren character will join the Horde or Alliance. The Mists of Pandaria expansion takes place in the lost continent of Pandaria, the pandaren’s mystical homeland.

Other notable features include a level cap increase to 90, a new Monk class, and a pet battle system that seems eerily reminiscent of Nintendo’s Pokemon.

From the official press release:

The World of Warcraft Annual Pass was also announced, and includes a free copy of Diablo III for all subscribers. 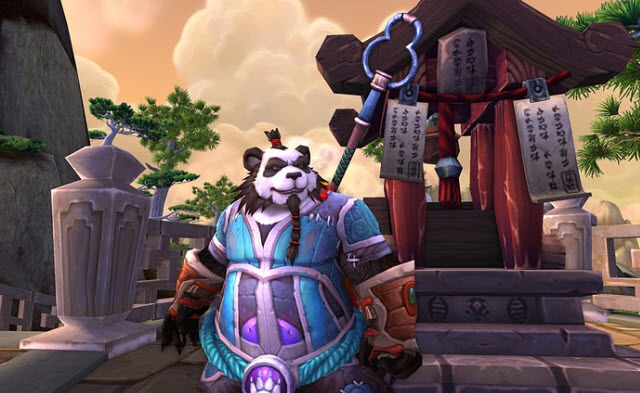 It’s interesting to note that Mists of Pandaria is the first World of Warcraft expansion to not focus on a main antagonist. In fact, Deathwing the Destroyer, the primary villain responsible for the events of previous expansion, Cataclysm, has yet to be included as a boss character, though that opportunity will finally be included in the upcoming Patch 4.3.

World of Warcraft: Mists of Pandaria is expected to be released during holiday 2012.