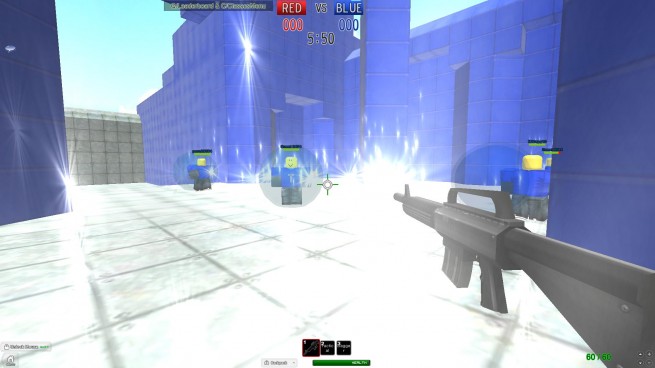 Either way, Lego and Minecraft demonstrate the vast appeal of block-building games in reality and in games. If the list ended with those two, I wouldn’t be so curious. But it doesn’t. Architectural hobby kits have always had a place on store shelves. Toy designers released Mega Blocks, Erector Brick, Archiblocks, and dozens more over the last century. 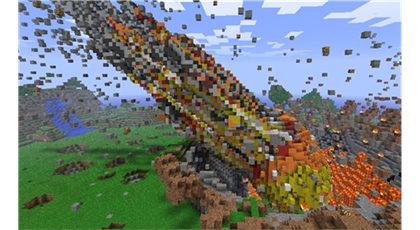 “We want to be this platform, where just like building things in the real world, players can participate in a wide range of ways,” Roblox chief executive officer David Baszucki told GamesBeat. “You can come in and just sample and play things that other people have made, you could casually get involved in the community by making some simple assets that other people might use, or you could make an advanced game that other people play millions of times.”

Roblox is a Lego-like online community with hundreds of original games created by the users. I spent some time with it and tried out a weird physics stair-climbing game, a pair of first-person shooters, and a morbid creation called “Survive A Plane Crash.”

The games work. The developer built a solid technology, and tons of people, from 6-year-old kids to 60-year-old adults, are online playing them.

“If you’re a budding game designer, and you create something interesting, a lot of things are already taken care of for you from the get go,” Baszucki said. He listed several technical tools (like distributed network physics simulation) that Roblox’s engineers constantly update and creators can easily apply to their games. This dedication to building up the platform for creators is paying off for the gamer, who just wants to play.

In August, 3 million active users played Roblox for over 40 million hours. Baszucki estimated that maybe around 3 percent of that time was spent making content, which would mean players spent over a million hours building new games for Roblox.

“We’re not trying to create a triple-A type of platform,” Baszucki said. “We’re focusing more on a platform where it looks and feels high-quality, but you can kind of look at it and figure out how someone made it.”

Roblox is free to play and create. The company has monetized its game with banner ads and preroll video commercials for family-friendly products.

“But our biggest [advertising] partners tend to be high-quality brand names like The Lego Company, Hasbro, 20th Century Fox,  and Disney, who are promoting interesting movies, toys, and other things to our audience,” Baczucki said. “For those partners, we sometimes go beyond preroll video and host page-takeovers and even make Roblox games for them that highlight their property.”

Roblox did that for Fox’s recent The Three Stooges film and Lego’s City Heroes product line.

Next up for the company is Roblox iOS. Baszucki says that the app is in beta and they want to get it so that people can easily play the Roblox games anywhere on a tablet or mobile phone. After that, the executive has his engineers working to refine their product and to offer more functionalities to the users.

Roblox seems like the Minecraft for the Cartoon Network crowd. It’s weird and simple looking, but tons of people are pouring endless hours into it. Each day, Roblox.com has a new game on the front page that I haven’t seen before. If Roblox can keep its creators making new experiences, then it has one of the key ingredients to maintaining overall user engagement.