Blockchain and cryptocurrencies have potential to upset the status quo in games, and so, yet another startup, Game Loot Network, is proposing to use the technologies to create an alternative app store and player rewards program.

Rivals, such as Brian Fargo’s Robot Cache and Game Credits, have proposed something similar, and so, it’s a race to see who gets there first with the best app store, the strongest titles, and the most enticing incentives for gamers to participate. Game Loot Network’s owners are raising money in a presale now and plan to raise money via an initial coin offering (ICO) for consumers on May 29. They think they’ve got a good shot because they ran a pilot test that generated $5 million in transactions and 65,000 users.

GLN Holdings last week unveiled its digital distribution platform, Game Loot Network, to challenge the Steam and Apple app stores. It uses blockchain technology to speed transactions between developers and consumers, to keep a transparent and secure record of purchases, and to provide consumers with a rewards cryptocurrency, dubbed Loot, that will motivate them to keep coming back, said Lance Baker, founder of the Missouri-based company, in an interview with GamesBeat.

GLN will hold esports tournaments where winners are rewarded with Loot cryptocurrency, and it will provide cryptocurrency as a reward for online achievements. It will also use the cryptocurrency to enable gamers to provide crowdfunding support for games under development.

“Prohibitive costs and even greater risks plague the game development landscape,” Baker said. “Big gaming companies want big money, and they leave riskier, innovative games to these independent studios. But, the indie guys struggle to compete in a marketplace heavily weighted against them in terms of budget, discoverability, and user acquisition.”

He added, “We set out to take some of that power back for independent developers and the players themselves.”

In the beginning, Baker said his company’s games will also be available in traditional app stores, where they will be able to gain traction and generate transactions.

“We won’t compete with the app stores in the beginning,” he said. “And we’ll have a plug-in that lets game developers use our network. As blockchain becomes more secure and scalable, we will move to it. Eventually, we want this to be a completely democratized blockchain solution.”

Using the blockchain right now has its challenges. It is slow. Transaction prices are high, and currencies aren’t stable.

“By the end of 2018, one of the solutions we use will be deployed,” Baker said. “In the meantime, gamers will find us in existing app stores, where we can build our brand awareness. The biggest difference between us and the other cryptocurrencies is we will have an existing ecosystem in place before we move to the blockchain.”

With Baker’s crowdfunding platform, designers can list their game proposals along with storyboards and even demos to be reviewed by the platform’s users. Gamers can support the projects with Loot tokens.

Players in any skill bracket can compete in online tournaments for crypto-prize pools. The distribution platform’s online lobby organizes this ecosystem into three sections, represented by gateways titled “Build,” “Play,” and “Earn.” Baker said he was not familiar with Fargo’s rival Robot Cache.

The Build gateway is the crowdfunding platform. Devs submit their proposals to the Build catalog, and users offer feedback and send cryptocurrency to worthy projects. In exchange for their Loot tokens, the crowdfunders receive a percentage of the game. 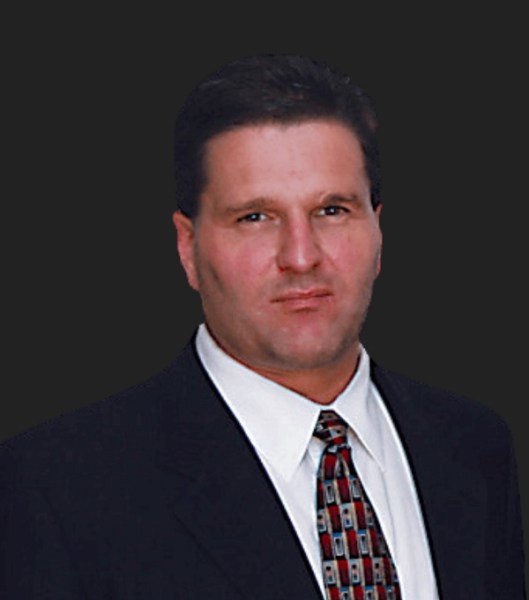 Above: Lance Baker is founder of Game Loot Network.

The Play gateway hosts user curated games — some backed in Build and others independently funded. As GLN’s development continues, games in the Play gateway will eventually be available for download with Loot.

And the Earn gateway houses a variety of income-generating resources. It gives real-life rewards for online achievements. It gives Loot tokens for tournament winners, and players can engage in Battle Bidding — or exchanging bids to compete for heavily discounted merchandise.

“We’ve been quietly building up this complex network of interlocking services, strategically positioned team members, and economic systems for several years,” said Baker. “During our pre-blockchain beta test, GLN generated over $5 million dollars in just seven months and amassed 65,000 users. We are excited to finally be able to unveil the network and show the potential benefits to developers and gamers.”

Baker started GLN Holdings in Lake Lotawana, Missouri, in 2014. The company has three cofounders and 18 employees. Doug Kinney, previously CEO of VinSolutions (acquired by AutoTrader.com), is CEO. And Pat Baggette, former chief financial officer at VinSolutions, is CFO. Baker said the company had raised $2.5 million in its ICO presale so far via accredited investors.

Baker said the company will let developers keep all of the proceeds of their game sales in the Game Loot Network app store. But if consumers subscribe to the network for $10 a month, then GLN does a 50-50 revenue share with developers.