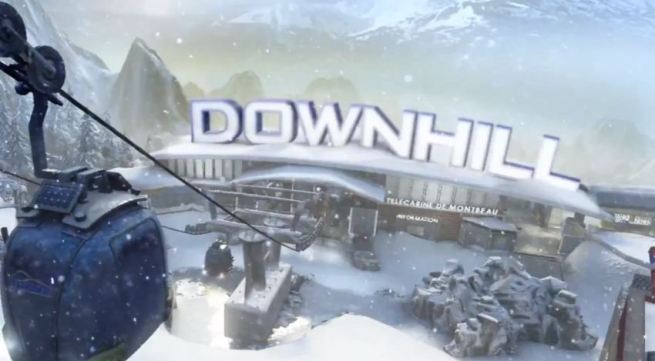 Call of Duty: Black Ops II players on the PlayStation 3 and PC, today is the day. You can finally get your headshot-loving thumbs on first downloadable content pack for Treyarch’s first-person shooter.

Activision released the Revolution map pack on PlayStation Network and Steam today for $14.99. Gamers can also get it as part of a $49.99 Season Pass, which guarantees access to the four planned expansion packs.

I’ve had some time with the map pack on Xbox 360, and I can say that the new maps are a good time.

In addition to the maps, Revolution is the first time that Call of Duty has a new DLC weapon. The Peacemaker submachine gun is very similar to the M27 assault rifle. If you like the M27 but also want to run around like a mad man, the Peacemaker might fit your playstyle.

As for Zombies, Treyarch added the “Turned” mode, which gives players the chance to play as the undead. The DLC also has a new Zombies level called “Die Rise.” Treyarch set the stage in a skyscraper in a destroyed Chinese city.

Activision still isn’t saying anything about when (or if) the DLC will arrive on Nintendo’s Wii U. That’s not a good sign for Nintendo. If one of the biggest games in the world can’t figure out delivering its popular add-on packs, then what chance do any smaller games have of doing the same?