One day after Boomlagoon announced its third game, one of the mobile publisher’s founders has an announcement of his own.

Tuomas Erikoinen has parted ways with the Finish developer to open his own studio. “My plan with Part Time Monkey is to be experimental,” Erikoinen said. “ I won’t commit myself to do just free-to-play, just casual, or just character-based” games. “I’m doing whatever feels right at the time.” 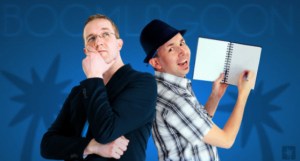 Erikoinen has one idea for Part Time Monkey’s in mind that’s a drastic departure from the developmental philosophy that dominants the mobile marketplace. He wants to “focus on getting the gameplay right rather than the metagame.” So much of the appeal of mobile games stems from short- and long-term goals dangling tauntingly in front of you. Erikoinen wants to move away from that formula because he believes it will “ lead to games that have more content in the core side than the meta,” with the meta components serving a complement to the greater whole rather than the main draw.

It won’t be long before we see the fruits of this ideas. “My first short-term goal is to publish a game on App Store and Google Play without any expectations on retention or monetization,” said Erikoinen. He wants to feel what it ‘s like to build a game from the ground up, go through the publication efforts, and see how it resonates with the audience. One of the reasons he’s able to ignore piddling distractions such as turning a profit is that Part Time Monkey is self-funded. Without outside investors breathing down his neck, Erikoinen is able to experiment without worrying about the bottom line.

His first game is already in a publishable state. If you head to his blog, you can read about the ideas behind the studio and try out the first solo effort from Erikoinen. Called Tim — The Unsatisfied Artist, it plays like Flappy Bird with images pulled from popular culture framed on the walls behind you. I noticed Fry from Futurama, Willy Wonka, and the motivational baby, among others, as I tried my darnedest to avoid the barbed-wire posts before me. It’s hard. After a few attempts, however, I got a high score of 25, which is further than I ever got in Flappy Bird.

Erikoinen has already begun development on a second game while he waits for the go-ahead to publish Tim — The Unsatisfied Artist. His next one will be a premium effort. His previous studio, Boomlagoon, had only created free-to-play games, so stepping his toe into the premium waters is already a drastic departure from what he had been doing.

And that separation from Boomlagoon isn’t accidental. In the press release for its newly announced Spirit Hunter, the term “mid-core” was used to describe it in comparison to the more casual Monsu that came before it. Erikoinen was involved in his former studio’s decision to move away from casual, and he believed that was where he was most passionate as a player, too. However, that’s no longer the case. “My true motivation as a gamer and a developer lies in casual gaming,” he stated, “which is something Part Time Monkey lets me focus on 100 percent of the time.”

Though the timing does look strange, Erikoinen promises that it’s coincidental that his departure was announced the day after Spirit Hunter was unveiled. “I had planned to publish my news when my company got registered as a legal entity here in Finland,” Erikoinen said. “It happened just very recently, so I wanted to get the news out there. It had nothing to do with Boomlagoon’s Spirit Hunter news.”

The loss of its founder won’t change how Boomlagoon conducts business. “Boomlagoon leadership remains the same as it has been for close to a year now already with Antti Stén (founder) as the CEO, Ilkka Halila (founder) responsible for Technology and Olli Laesvirta responsible for the Products.” Olli Laesvirta said. “This has worked really well for us so far and we’re not planning on doing any changes in the company’s leadership.”