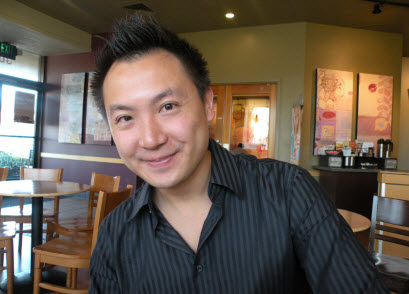 Booyah is launching a free iPhone app today that lets you create an “achievement system for your life.” Built by former game developers, the app lets you categorize and share your achievements in life with you friends. It’s a unique and creative title, and it comes from one of the few iPhone companies backed by serious venture money.

If you go to the gym, you can declare your action under a fitness category and win immediate praise from the friends or strangers that you share it with. It’s sort of like earning a merit badge in the Boy Scouts, but you get points for just about everything. The point is to achieve a lot in your life and then share it.

Keith Lee, chief executive and co-founder of Palo Alto, Calif.-based Booyah, says that the Booyah Society is the “first game based on real-life achievements.” If you don’t think this is a game, then you probably don’t believe that “life is a game.” The goal, in gamer parlance, is to “level up in life.”

The app isn’t a traditional game and it redefines what it means to be a game in an attempt to reach an audience that is broader than gamers. As such, it fits our definition of “funware,” or the use of game-like mechanisms in non-game applications. It’s an increasingly popular category, with titles ranging from corporate training games to photo-sharing apps. 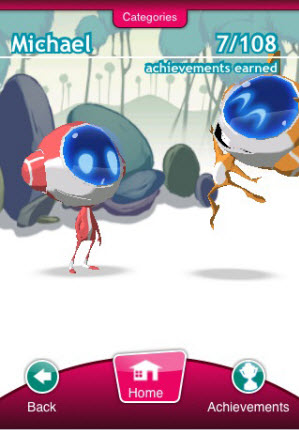 With the app, you build an avatar, or virtual character, who becomes your “life companion.” You can customize this cartoon-like character to your liking. Then you just start posting your activities. You can view your activities on the iPhone or on the Booyah web site. You can rig your posts so they are automatically posted on your Twitter account or your Facebook status update line. With each achievement, you can classify it as a private or a public post.

At the moment, there are 108 different kinds of achievements. One of the categories where you can achieve things is Causes. You can log an entry in that category if you watch Al Gore’s film, An Inconvenient Truth, about the rise of global warming.

For every achievement, you can earn credits. Later on, you’ll find out what you can do with those credits, Lee says. Over time, you can evolve or enrich your avatar. If you look at the Booyah Society page, you can see the achievements of all of the people participating in Booyah across the world. You can browse the posts of your friends or check out the achievements of total strangers.

Lee isn’t yet revealing how the company will make money. It isn’t running ads yet, and the app is free. Over time, the company will release more features and talk about partnerships it has in the works. 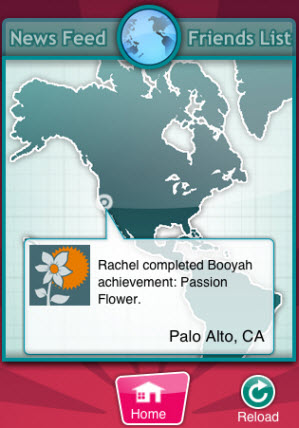 Booyah raised $4.5 million from Kleiner Perkins’ $100 million iFund last year. Booyah’s three founders were instrumental in making games at Blizzard Entertainment, now part of Activision Blizzard. Lee worked at Blizzard Entertainment on Diablo II and at Insomniac Games on titles such as Resistance: Fall of Man and the original Ratchet & Clank. All of those titles sold multiple millions, and Lee played roles such as lead programmer on Ratchet.

Brian Morrisroe is chief creative officer and co-founder.  He spent six years at Blizzard with Lee, as art lead for World of Warcraft and art director of the still-unpublished Diablo III. With 11 years in the industry, Morrisroe has worked on games that have sold 15 million units. Sam Christiansen is Booyah’s chief technology officer and the third cofounder. Prior to Booyah, he worked at Blizzard as a senior programmer for Diablo III. Rob Pardo, one of the top executives at Blizzard, is serving as an advisor. Another advisor is Min Kim, an executive at Nexon America.