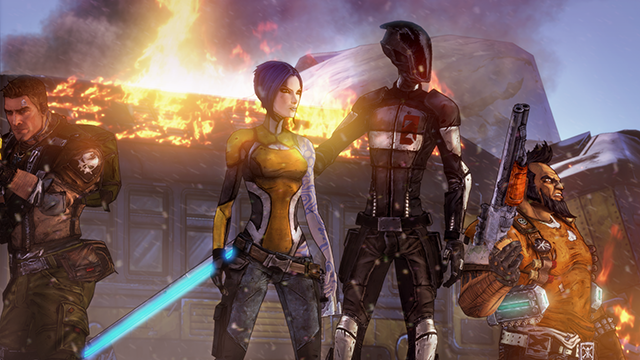 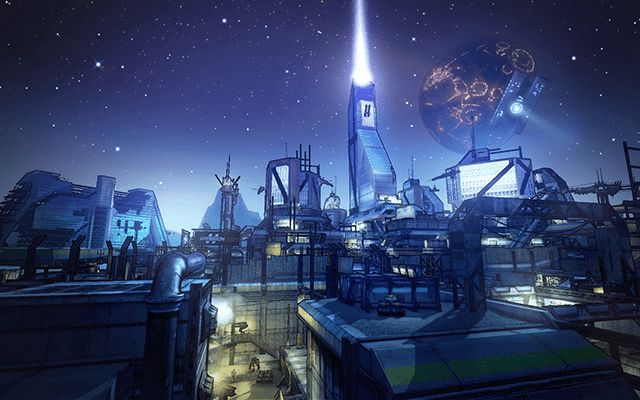 At first, I found the game’s villain, self-proclaimed ruler of Pandora and billionaire Handsome Jack, a bit annoying. He comes off incredibly strong in the beginning of the story, committing horrible acts of murder while laughing at his own jokes, resorting to childish name-calling to get under your character’s skin, and just acting like the biggest douche ever. I felt like the game couldn’t try any harder to make me hate him. Besides, his motivation seemed unclear, other than “he’s evil.” 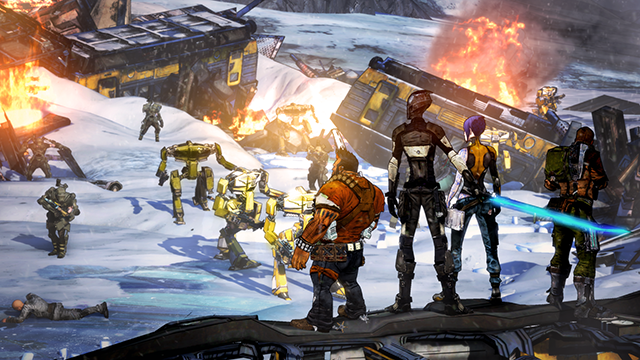 But slowly, Handsome Jack begins to lose his composure, transforming into a character that, while still an annoying jerk, oozes an underlying menace. Maybe it’s just because I got used to his sarcasm, but it was a real stand-out moment in the story for me when Jack finally gets pissed and his threats become less cute and more serious. Despite my early reservations, he’s one of the better villains I’ve seen in recent games.

While you can still have a great time playing through your Pandoran adventure solo, fans love Borderlands for its cooperative play, which is just as much fun in Borderlands 2 as it was in the original. Having friends join your current game is as easy as pressing a few buttons in the start menu, and they don’t disrupt your current action at all upon entering your world. While the game scales the difficulty for each added player, it’s definitely easier and more rewarding to play with friends.

While plenty of Borderlands 2’s side quests send you to interesting and new locations, too many require you to transverse large dungeons that you’ve already cleared. These levels are fun the first time, but it’s annoying and tedious to play through them again, with little (sometimes very little) changed. It happened enough, at least three times in one session, that I began to lose the will to tackle any more extra quests for a while, especially when one of them sent me back to a bandit lair that I had just cleared out. 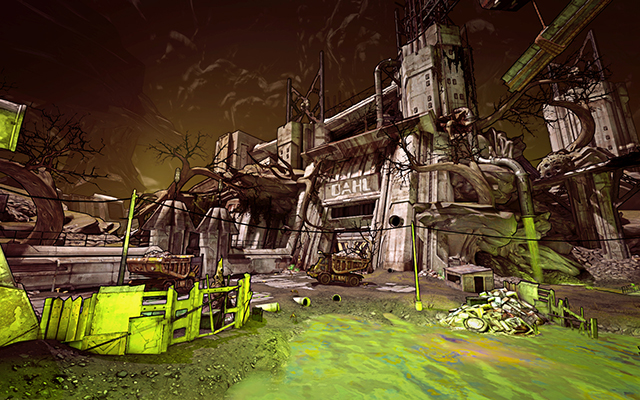 While the difficulty in the game is usually manageable, I would randomly run into enemies that would utterly decimate me, even during quests that I was technically overleveled for. Sometimes I would get through these sections simply by running through them, hoping I don’t get killed before my overpowered foes give up the chase. Sure, I progressed, but I couldn’t help but feel like I cheated.

I praised Borderlands 2 earlier for nailing its humor. On the flip side, its silly nature makes it hard to take its more serious moments … well, seriously. When an entire game spends 20 hours showing a comical disregard for human life, it’s a bit much to ask a player to suddenly care about the death of anyone, no matter how much you liked them. Some characters give “rousing” speeches to pump you up before a mission, but they really just make me roll my eyes.

It’s not that Gearbox poorly wrote these moments — it’s that they just don’t fit in with the goofy world of Pandora that they’ve created. One of my least favorite characters is the Guardian Angel, an unfunny artificial intelligence who acts as your guide (yes, the same one from the first game). She just doesn’t seem to belong, especially when that weird, almost live-action looking video of hers pops up on the screen every time she talks. Seriously, why is that there? Everything else in the game looks like a cartoon but her. And when an emotional crux of the plot falls on her shoulders, it falls hopelessly flat. 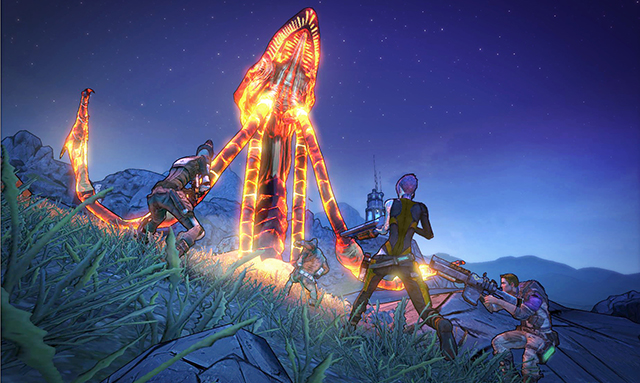 Borderlands 2 is everything fans of the original could have hoped for. No, it doesn’t mess with a formula that already proved itself. Instead it supports the framework for a great role-playing game with a bigger world, while offering more customization options for its players. It’s also one of the funnier games you’re likely to play this year.

It’s hard to imagine this kind of game getting much better. The few complaints I had were minor and easily overshadowed by the ridiculous scope of the experience Gearbox offers.

If you liked Borderlands, you’ll love Borderlands 2. If you missed out on the original, don’t make that same mistake twice.

Borderlands 2 was released for the Xbox 360, PlayStation 3, and PC on September 18, 2012. The publisher provided GamesBeat with a copy of the Xbox 360 version for the purpose of this review.