Since the release of Borderlands 2 in 2012, fans have been eagerly anticipating any news on a sequel. This week, developer Gearbox Software has finally lifted the lid on Borderlands 3, which is set for release this September for PS4, Xbox One, and PC via the Epic Games Store. I attended the reveal event in Hollywood, California to go hands-on with a prerelease build of the game.

From the outset it’s obvious that this is a Borderlands game, a franchise that launched in 2009 and has lifetime sales over 17 million copies. It’s an important series for publisher 2K. The series’ characteristic cell-shaded art style is in full effect, with bright colors playing off the arid backdrop of the desert planet Pandora, now rendered in Unreal Engine 4. Fans of the previous games will feel right at home, at least at the start, until the story whisks you off the sand-covered surface of Pandora and into the far reaches of space.

Two character classes were available: Amara the Siren, who focuses on elemental damage and crowd control, and Zane the Operative, whose specialty lies in sentry guns and deployable shields. Being a big Lilith fan in Borderlands 2, I picked Amara. 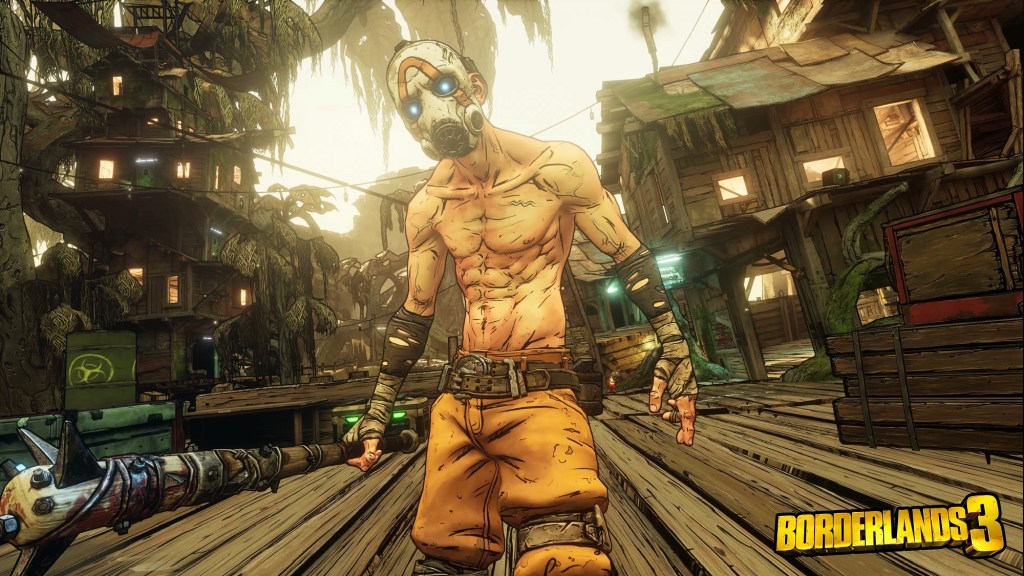 Above: Promethea has some Borderlands’ trademark freaks, too.

For the first time in the series, Borderlands 3 will take its cast of characters to other worlds in their search for vaults filled with riches and alien technology. The spaceship Sanctuary 3 serves as a hub, where you can customize your living quarters and mingle with series mainstays like Marcus the gun merchant and perennial bartender Mad Moxxie. Here, you can set a course for new worlds, such as Promethea, homeworld of the Atlus corporation.

It’s here on Promethea where the demo begins. The design of the planet is a far cry from the brown and beige Pandora. It’s a lush place, Promethea, with sprawling cityscapes and a decidedly un-Borderlands color palette in its landscape. Blue-and-green marshes give way to noir-adjacent urban settings. If Gearbox wanted to make it clear that Borderlands 3 will bring a suite of new environments to the series, I’d say they succeeded with Promethea.

I’m tasked with meeting up with Lorelai, an Atlas soldier bent on tipping the scales in the war against rival corporation Maliwan in her favor. Lorelai asks me to help her contact Rhys, the head of the Atlus corporation. After a short skirmish with some Maliwan forces, we hop in a pair of vehicles and set off.

Vehicle combat is back

Vehicle combat returns in Borderlands 3, and it works much the same way as in previous games, with each vehicle equipped with heavy-hitting guns and infinite ammo. Lorelai pilots a new vehicle, a swift and nimble thing made up of a single large wheel. After dispatching a few enemy buggies, I follow Lorelai to a communicator, where she contacts Rhys. He instructs us to help Atlus take back a segment of a nearby city. In order to do so, Lorelai says we need to first supply the soldiers, beginning with the most important military supply imaginable: coffee.

Of course, this being a Borderlands game, it’s not as simple as simply driving over to the local coffee shop; the robot working there, dubbed Barista Bot, needs a new power core before it can brew the stuff for us. Luckily, an enemy robot possessing a new core is nearby. The robot, with the clever name Core Daddy, has a small army of allies.

Gunplay is frantic as ever

In Borderlands 3, each character has access to three different action skills rather than one as in previous games. Amara can have one equipped at a time, and Zane the Operative can equip a second skill in place of using grenades. I equip Amara’s Phasecast skill and set to dismantling Core Daddy and its allies.

Using Phasecast sends a fiery projection of Amara forward, damaging any enemies in its path. Watching foes catch fire and seeing damage numbers pop up is as satisfying as ever in Borderlands 3. I quickly settle into the familiar groove of finding cover and popping out to fire off a quick Phasecast and unload a clip of bullets. Boasting over “1 billion guns,” Borderlands 3 continues the series tradition of offering players an absurd amount of randomly generated weapons, many with off-the-wall effects. Amara’s demo loadout came with a Dahl-brand sub-machinegun that deals fire elemental damage, a perfect complement to Phasecast. 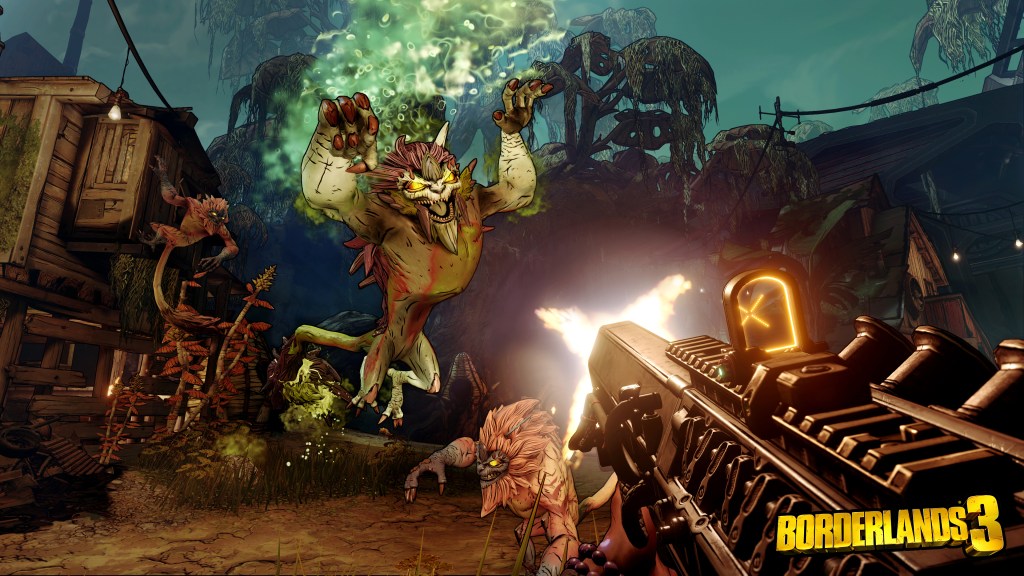 Many guns in Borderlands 3 include an alternate fire mode. My Dahl, for example, can switch between fully automatic and burst fire. Other guns are much more aberrant, like the assault rifles that can alternate between a tracker and homing bullets. Some weapons offer added effects when reloading, like the Tediore gun that spawns legs and briefly runs around the battlefield. This sort of alt-fire is new to Borderlands 3. Gearbox has really tapped into its creative side when designing weapon effects.

The skirmish with Core Daddy also shows off some of the new mobility options. You can now slide while sprinting, which makes moving from cover-to-cover a bit faster. In addition, you can mantle onto ledges above you, making it easier to gain a height advantage. With these new movement options, along with Phaseblast and my trusty Dahl SMG, I make quick work of Core Daddy and its henchmen. Once out of health, the Core Daddy explodes with loot, and I pick myself up a fancy new assault rifle. With the core in tow, I head back to the Barista Bot.

From there, the quest to outfit the Atlus troops continues. I retrieve a travel mug for the coffee from the Coffee Runners, visit a sketchy burger joint to make bug meat burgers, and take down a host of Maliwan baddies. In true Borderlands fashion, it’s hectic, action-packed, and a lot of fun.

With Borderlands 3 set to launch this September, it looks like Gearbox is primed to deliver exactly what fans have been asking for since 2012. I’m eager to see if it takes any risks in terms of the core gameplay loop, but even if it’s the same tried-and-true Borderlands we’ve come to love, is that really such a bad thing? In my book, absolutely not.