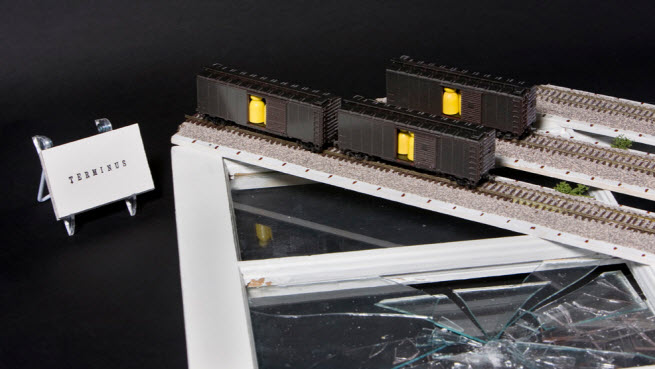 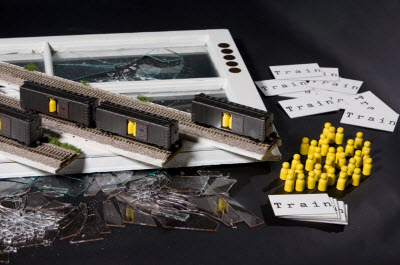 This story has game spoilers.

Brenda Romero made a board game in her kitchen that she calls Train, but she never intended to show it to anyone.

There is no easy way to explain why such a game should exist, and it’s certainly unlikely anyone would ever agree to sell it. But it is clearly the kind of game that pushes the boundaries of what you would consider to be an entertainment experience.

But Train accomplishes something that few other board games can do: It makes you think about an emotionally difficult subject. When Romero talked about it in a speech at a game conference on Friday, she got a roar of applause.

A board game might seem like one of the last places you’d find innovation. In fact, board games are going through a revival now, in part because of the popularity of crowdfunding on Kickstarter, and because they are now an increasingly popular inspiration for their digital cousins, video games. The game is part of a growing tradition of Games for Change, which are as much about social causes as fun.

Romero is primarily a video game designer, famous (under her previous name Brenda Brathwaite) for titles such as Wizardry. Most recently, she was designing social and mobile games with her husband John Romero at Loot Drop. She is now a game designer in residence at the University of California, Santa Cruz’s Center for Games and Playable Media. The center sponsored a symposium on interactive storytelling on Friday, where Romero decided to discuss the game in a speech entitled “He wouldn’t walk away: Stories from Train.”

Train is one in a series of six board games that Romero calls The Mechanic is the Message. The challenge she created for herself was to capture and express difficult emotions with game mechanics. 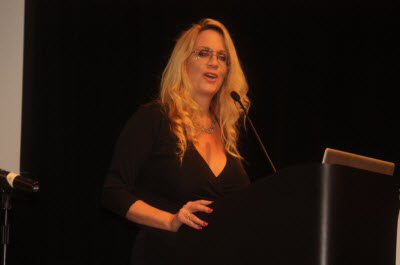 In the game, the players read typewritten instructions. The game board is a set of train tracks with box cars, sitting on top of a window pane with broken glass. There are little yellow pegs that represent people, and the player’s job is to efficiently load those people onto the trains. A typewriter sits on one side of the board. 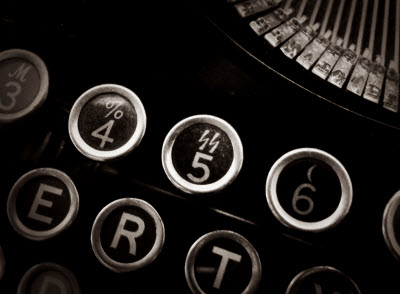 Romero created Train in 2009 and she has watched just about every time it has been played at places such as the recent Game Developers Conference in San Francisco. She has collected observations about the players and the audience that watches the game.

“With the exception of two play sessions I have missed, it lives with me. It is unique. I have met everybody who has ever played my game,” Romero (pictured) said.

Romero said she showed the game with some trepidation to a rabbi. He blessed it as a “work of Torah.”

The game was designed with “procedural gaps,” or intentional missing explanations that force the players to stop the game and agree to the rules. Those procedural gaps “force complicity,” Romero said.

Holocaust survivors have played the game and told her their own stories.

“Train is over when it ends,” Romero said. 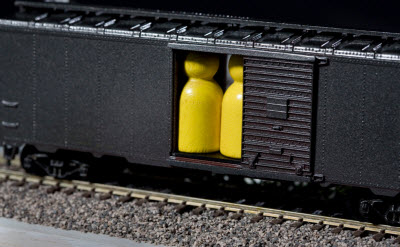 Some people respond to the discovery of the game’s story by breaking the rules. One person hid people under the board. Another said, “These people are going to Denmark,” a reference to the haven where some Jews escaped.

“Each yellow person is worth 100,000 Jews,” she said. “There are six million. Six million died. Some people don’t know that.”

Some kids were playing it while drunk and being disrespectful. Romero stopped them. One man lied when Romero said quietly that it looked like he didn’t know what the game was about. He vehemently insisted, “I knew.”

“You go from the high of winning a game to the most horrific low, realizing you delivered people to Auschwitz,” she said.

Sometimes people exchange phone numbers or emails after they play.

Romero is about halfway through her series. The first was The New World, a game about slavery, created in 2008. She created that game for her daughter. She also created Síochán leat (Gaelic for Peace Be With You), or The Irish Game, in 2009. That game, about Oliver Cromwell’s invasion of Ireland, will be on display at the Strong National Museum of Play in Rochester, N.Y. through 2014.

She is still working on three other games: Mexican Kitchen Workers (about illegal immigration, still in prototyping), Cité Soleil (about day and night violence in a densely populated shanty town in Port-au-Prince in Haiti), and another that she called One Falls for Each of Us (about the Trail of Tears). The latter is expected to be finished this year. 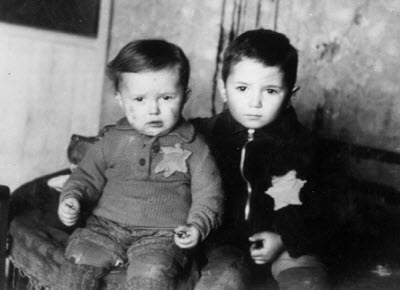 Word about the series is getting around. A film crew is prepping a documentary about Train. Other publications have written about it. Romero has given talks about it before. The game will be displayed in a museum at Georgia Tech University, and it will likely travel around. But Romero has never pushed it. She said, “If you’re an artist, you have things nobody has seen. I have games that nobody will ever see. This game was never intended to be seen. But they did in this case.” She said it was “terrifying at first” to show people the game.

During the nine months that Romero was designing the game, she spent a long time each day just staring at the picture on the right, depicting two boys wearing the Star of David that the Nazis made Jews wear for identification. She tried to picture herself as the mother of those boys, making sure that they were tidy.

“That image is so incredibly powerful,” Romero said, choking up and crying during her speech.