The new teaser video for the project follows Greene’s departure this week from Krafton, the company that published his tremendously successful PlayerUnknown’s Battlegrounds (PUBG) battle royale game. Greene started a new studio in Amsterdam called PlayerUnknown Productions, and Krafton has taken a minority ownership stake in it.

That news is a blow for PUBG and Krafton, as the publisher raised $3.75 billion in an initial public offering. Greene is famous as the creator of the battle royale mode for first-person shooter games, starting six years ago with a mod for the military shooter Arma. Greene’s work has led to a huge change in the first-person shooter genre and generated more than $5.1 billion in revenues for the mobile version of PUBG alone, according to measurement firm Sensor Tower. The PC and console versions have generated billions more revenue, with copies sold surpassing 70 million in mid-2020.

“Today, I want to speak about what’s next for me and my team,” Greene said in a video post. “But before I start, I just want to take a minute and thank all the players and developers that have elevated a simple game mode into a genre of amazing games. Your imagination and innovation are inspiring. Thank you all.”

Greene said he has held “this deep fascination with sandbox-style, open-world games, and the freedoms that they give their players.”

But he said he always wished they were a bit bigger. At the new studio, his team wants to create realistic sandbox worlds on a scale of hundreds of kilometers across, with thousands of players interacting, exploring, and creating.

He said he is following in the footsteps of other great open-world developers and his dream is not to create a game but a world. 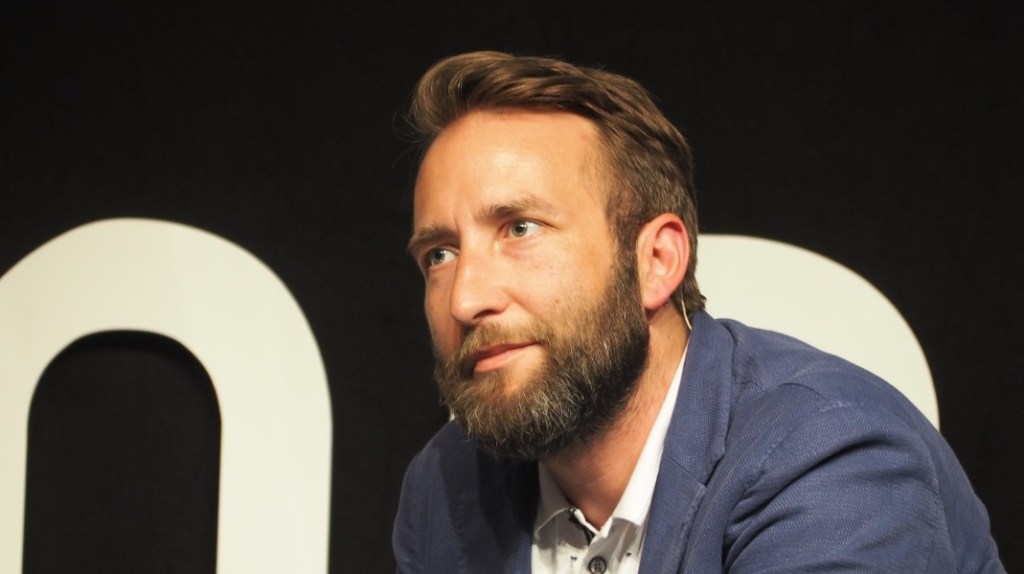 Above: Brendan Greene is the creator of PlayerUnknown’s Battlegrounds.

“One of the more significant is that we simply don’t have a way to fill these massive spaces with content, assets, game mechanics, locations, and similar things in a reasonable amount of time,” he said. “Realistic open worlds take a great deal of time and effort to produce. And so this was the first issue that we chose to tackle.”

The key to making things bigger than humans can create on their own has always been to get machines to pitch in and help. And he plans to use deep learning neural networks, or artificial intelligence, to help generate the massive realistic open world.

The game should be a new experience each and every time you press play, he said.

“It’s this breakthrough that we hope will start pushing video game worlds to the sorts of scale that would lend weight to the idea of “you see that mountain, you can climb it,” a reference to a comment by game designer Todd Howard about The Elder Scrolls V: Skryim.

He thinks that finding a hidden corner in a vast space will have real meaning when thousands of other players haven’t passed through it in the last hour.

“This is what me and my team have been working on,” he said. “We’re developing this technology required to enable massive scale within open world games. It’s been a fascinating project to date. And soon, we’ll be ready to show off some of what we’ve achieved.”

Prologue requires that the company build the technology required to generate vast worlds, and “in that sense Prologue is intended to serve as a simple introduction to an early iteration of our technology,” he said.

In Prologue, players will find their way across a “runtime-generated wilderness” and use tools and gather resources to survive on a journey where harsh weather is constantly a problem.

“There will be no guidance, no path for you to follow just a world a spot on the map to reach and the tools needed to get there,” he said.

Because Prologue is a tech demo, Greene said the company will use a “pay what you want” model for it. If you like what you see and enjoy the experience, you can pay to support the team.

“This is just the start of the small glimpse of that technology that will eventually power a much more extensive experience,” Greene said. “Prologue is our first step on a multi-year journey towards creating what we hope will be rich, interactive, open worlds.

We’ve done an exclusive interview with Greene and we’ll run that story at 8:45 a.m. Pacific time on Saturday.