Veteran game publisher Brian Fargo and other game industry veterans hope to change the PC industry by creating a new cryptocurrency that serves as an alternative to the app stores.

Fargo’s new company Robot Cache will create a digital PC games platform, just like Valve’s Steam digital distribution service, but it will give game publishers and developers about 95 percent of the proceeds from game sales, rather than just 70 percent as Steam and others do. Robot Cache will compete directly with the likes of Steam and GOG, and it hopes to sign up the major competitors.

That’s one of the things that Robot Cache founder Fargo said will empower developers and publishers, and take away some of the arbitrary power over game distribution from the platform owners, Fargo said in an interview with GamesBeat.

Robot Cache is creating a new cryptocurrency dubbed Iron, and it will be available for purchase through an initial coin offering (ICO). You can buy a game from Robot Cache using your credit card if you want. But if you want to resell that game after you’ve finished playing it — something you can’t do on traditional digital stores such as Steam — you receive the payment in Iron. You can keep that Iron to buy games or cash it out for real money.

When you resell your game, 25 percent of the proceeds go to you. Five percent goes to Robot Cache. And 70 percent of the resale price goes to the developer or publisher. That gives developers and publishers the ability to make money on used games for the first time, and the cut that they take is the same as the cut they would get on other platforms such as Steam. Resale pricing will be set by developers and publishers.

It’s a risky bet, but Fargo said he became interested in making a change for game developers and publishers. He is retiring from his game studio, InXile Entertainment, soon after he completes the next Wasteland game in 2019.

“I’ve got a lot to do in the next few years,” Fargo said. “I have to make my biggest impact. It’s a new category that we are going into.”

The Canary Islands-based Robot Cache hopes to reduce the fees that publishers and developers pay by up to 80 percent and allow gamers to resell their digital games. Gamers can also opt in to mine digital assets (Iron) that can be applied toward the purchase of games.

“Just a handful of companies dominate the multibillion dollar digital download PC video games market. Robot Cache plans to revolutionize the industry by launching the first-ever workable decentralized video game marketplace that benefits both the creators of video games and gamers,” said Robot Cache CEO Lee Jacobson, in a statement. “All of this is accomplished by expertly leveraging the power, flexibility, safety, and transparency of blockchain technology.”

Blockchain enables transparency in transactions and a secure digital payment process that resolves transactions in minutes, not months.. But many investors have been nervous about initial coin offerings (ICOs) such as the one being offered by Robot Cache. Such ICOs have little regulatory oversight.

Fargo said it took him a while to grasp blockchain and cryptocurrency, but once he did, he felt it was the right set of tools to enable change to happen in the game industry. In this case, an ICO is almost like selling tokens at a Dave & Buster’s restaurant/arcade, where the purchasers get to play games with them.

“What you want is an economy,” Fargo said. “What the blockchain does well is minimize the need for a middle man. In this case, the middlemen are taking 30 percent. Does it really take 30 percent to administer this business model? I thought we should decentralize the digital games and give publishers 95 percent.”

That makes the publishers and developers care a lot about the success of Robot Cache, Fargo said. But the consumers wouldn’t care unless there was something in it for them. And that is the ability to get free coins through mining and the 25 percent cut of reselling games to other players.

“The first reaction is hell no,” Fargo said. “As I take them through it, they get more excited. I think it’s going to get a lot of play.”

To reassure coin purchasers, Fargo will offer the initial coins to institutional and accredited investors. 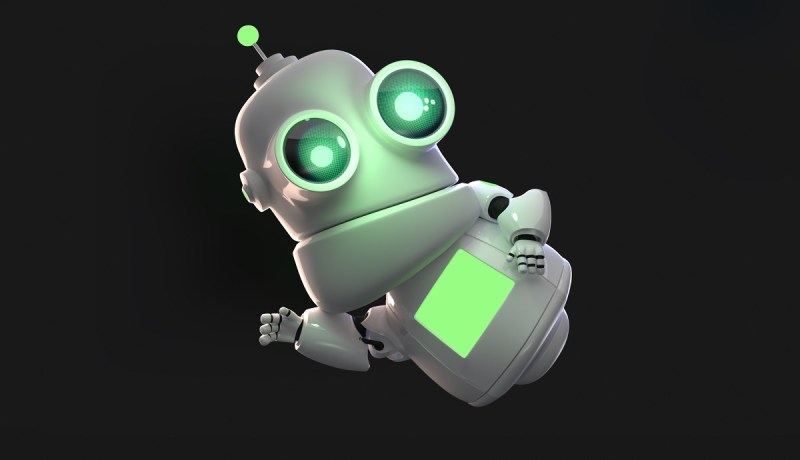 Above: Robot Cache will give 95 percent of digital game sales to publishers and developers.

“We aren’t going to have an ICO countdown event where anybody can get in,” Fargo said. “We don’t know where the Securities & Exchange Commission will come down, so we are being super-conservative. This is the most complex thing I have worked on.”

Another fact about Robot Cache is that it is run by industry veterans such as Fargo and Jacobson. Mark Caldwell serves as chief technology officer. Advisers include Anna Sweet, Kevan Baxter, Chris Keenan, Gordon Einstein, Michael Maloney, and Phillipe Irwin. They hope to convince the developers and publishers with the best games to offer them on Robot Cache.

Fargo started working in games in 1981, and he founded Interplay in 1983. Interplay made games such as Bard’s Tale and the original Wasteland. It also created games such as Battle Chess, Stonekeep, and many others. At its peak, the company had more than 600 employees.

Caldwell said the team of people will help recruit as many as 1,000 games at the launch. Other game coin ICOs have launched, but Fargo believes the others don’t have the relationships with publishers or developers.

Game makers will be able to control the parameters of resales, receive payment in minutes (not months), maintain secure ownership rights (due to decentralized blockchain management), and have a full suite of sales and marketing tools at their disposal.

Robot Cache has also created an Iron reward program to incentivize gamers to use the platform. When various individual or community milestones are reached, Robot Cache will reward additional Iron to the gamers using the platform. Robot Cache wants to raise $15 million in the ICO.

Fargo acknowledged that acquiring customers won’t be easy. That is the main advantage that a store like Steam has now. But Robot Cache will do what it can to promote its store.

“In this business, even a 10 percent market share is a big deal,” Fargo said.