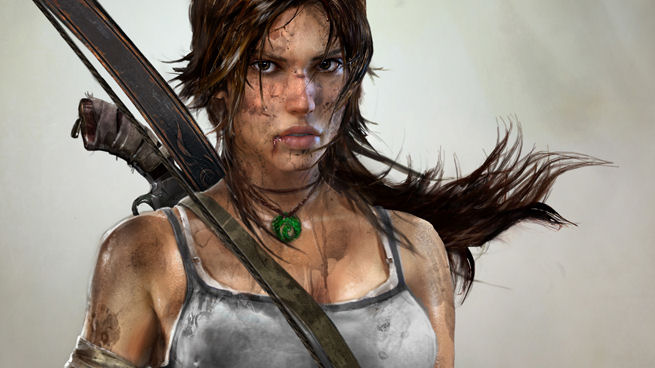 “Fortune and glory.” Those two driving forces inspired a hero in 1977, when George Lucas took the advice of fellow filmmaker Steven Spielberg and gave the world not Indiana Smith, but Indiana Jones. The fedora-hatted character, whom Harrison Ford played on the big screen (in addition to portraying another rascal with a winning smile in the early Star Wars films), straddled an epic divide only possible in Hollywood. In the classroom, Jones would elicit laughs as he fumbled over spelling and nervously side-stepped the lusty gazes of young female students. Placed outside the stuffy academic setting, he assumed a whole new persona: that of a charismatic ladies’ man and daring adventurer, fast on his feet in a crisis and brave despite his chronic fear of snakes.

Arguably the most widely known example is Lara Croft of Tomb Raider, a brilliant and buxom female adventurer who shared Indy’s love of archeology and need to protect the world’s most precious relics from falling into the hands of those who would abuse their power. Only instead of charming the ladies and brandishing a whip, Lara teased the boys and fired dual pistols, a shotgun, Uzis, and whatever else she found in tombs and remote locales. Rather than squaring off with the high priest Mola Ram, she wrestled with bears, dinosaurs, Yetis, and countless other monsters — including some that used to be human.

“She comes from a long line of adventurers,” says Stellalune, owner of the renowned Stella’s Tomb Raider Site and also BrickRaiders.net. “But just focusing on Lara and Indy for a minute, I think they share a kind of devil-may-care attitude but also a thirst for knowledge. Sometimes that means they’ll have to do things in an unorthodox way in order to achieve their goals, but underlying all the urn-smashing and whip-cracking, there’s a basic reverence for human history and mythology.”

Tomb Raider struck gold. Lara quickly became one of the biggest icons in video games, let alone a female one. First conceived in early 1995, Lara embarked on her first console adventure in November 1996, and commercial success soon followed. Between 1996 and 2000, her games sold 21 million copies worldwide, and the leading lady appeared on the covers of over 200 publications (including Playboy). Details magazine named her one of the world’s sexiest women, while the Guinness Book of World Records called her the “Most Successful Human Virtual Game Heroine.” Her legacy spawned a line of comic books, two movie adaptations, toys, and of course, a barrage of “Nude Raider” codes and pornographic Internet images. The shower scene ending of Tomb Raider II (in which Lara disrobes for the camera but tells her viewers, “Haven’t you seen enough?” before blasting her shotgun point-blank in their faces) was undoubtedly a response to the overwhelming male attention. 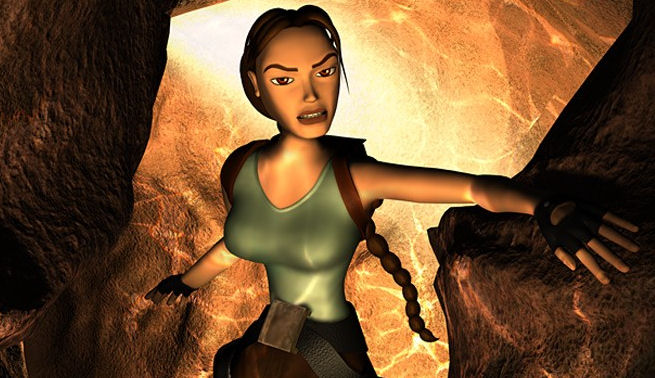 “I have mixed feelings about that scene,” admits Stellalune. “I understand why the developers included it, though. As I’m sure you’re aware, the character’s original designer, Toby Gard, had intended Lara to be a bad-ass adventurer along the lines of Indiana Jones — sexy, certainly, but not a sex symbol or a pin-up. The marketing people obviously had different ideas. They exaggerated Lara’s figure and used suggestive poses and double entendre to sell the product, and when rumors began to circulate about a cheat code that would make Lara nude in the game, they didn’t do much to squelch them. I guess the developers thought they’d take a little jab at the Nude Lara crowd by using humor to subvert the classic trope of the sexy shower scene.”

Despite Lara’s sex symbol notoriety, young women wanted to be her and men pursued her (in the games, quite literally). Lara turned them all down. No one had a handle on her.

While her popularity has shrunk in recent years, largely because of a string of disappointing games (Angel of Darkness fared the worst, so much that fans cringe at the slightest mention of it), interest in the archaeologist/adventurer-type character, male or female, runs strong. Hot on Lara’s trail came Nathan Drake in Naughty Dog’s smash hit for the PlayStation 3, Uncharted.

“They’re all cut from the same cloth,” Barwood says. “I love ’em all.” For him, his favorite part is “the welding of gameplay with storytelling. Adventurous games naturally embody narrative, and the mix is what entertains me.”

A star of cinematic gameplay, Drake revived the Hollywood good looks, humor, and reckless spirit of the Indiana Jones films while matching Lara’s stride in terms of gameplay. There was less climbing, jumping around, and grumbling over complicated puzzles but just as much shooting and exploring. And unlike Lara, Drake didn’t travel alone. He partnered with “dirty old man” Victor “Sully” Sullivan, wooed Elena Fisher, and flirted with Chloe Frazer as the cast (like the solo Lara) trotted around the world in search of treasure. It was a change of pace for an old concept that refused to retire. Once again, someone was filling the old archeologist’s shoes. 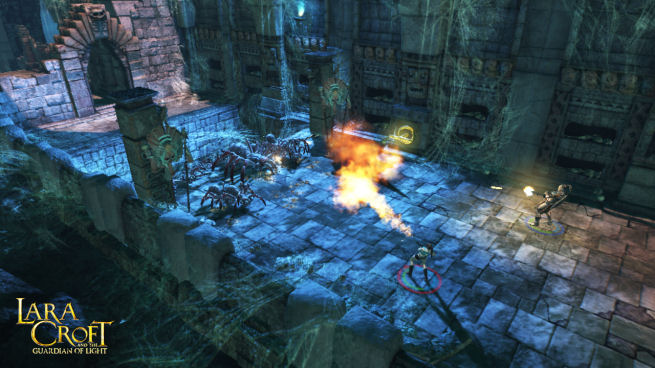 But much like in Tomb Raider Chronicles, Lara was about to prove that even death couldn’t stop her. In fall 2010, Lara Croft and the Guardian of Light released to critical acclaim. It marked a dramatic new outing for Lara, and the first of her games to exclude the series’ name, Tomb Raider. And for good reason. The top-down, isometric style distinguished itself from the third-person, over-the-shoulder viewpoint of past titles, even pairing Lara up cooperatively with a Mayan guide named Totec. It was Tomb Raider, miniaturized, with the fast-paced action of the arcades. The healthy reception of Guardian of Light marked a standout success for Lara and developer Crystal Dynamics.

In reality, the company had been working for years to rebuild Lara’s ruined empire, and its attempts have been not only impressive, but also fruitful. After long-time developer Core Design failed with Angel of Darkness, some feared that Lara would have been better off buried under tons of rubble in Egypt (as in Tomb Raider: The Last Revelation) than resurrected. Parent company Eidos thought differently, but they realized a proper excavation was in order. They transferred franchise development from Core Design to the California-based studio Crystal Dynamics and invited Toby Gard, who hadn’t worked on the series since its inception, to help with Tomb Raider: Legend. It was the first game to finally set aside Lara’s daddy issues and focus equally on her relationship with her mother. Legend lived up to its name, achieving the best critical response since Tomb Raider II in 1997 and the best commercial feedback since The Last Revelation in 1999. Lara was still alive.

“I think the various development teams just had different visions of what the character should be,” Stellalune said when asked if she felt the developers ever lost touch with Lara’s personality. “The early Lara was not a well-developed character. Much was left to the player’s imagination. Consequently, a lot of players filled in the blanks when it came to Lara’s identity and motivations.”

Tomb Raider: Anniversary also performed well critically at least, retelling the events of the original Tomb Raider with improved graphics and gameplay. Already Crystal Dynamics seemed to be toying with the idea of starting Lara over from the beginning. When Underworld — the team’s third endeavor and a continuation of Lara’s adventures that revived characters such as Jacqueline Natla and Lara’s weird doppelganger — failed to repeat the remarkable success of the previous two games, the developer created the aforementioned Guardian of Light and found the reassurance they needed. Now that they had audiences’ attention, Lara Croft needed an even bigger makeover.

Some fans, however, have viewed this transformation less optimistically. “When Crystal Dynamics came along and attempted to give Lara a detailed backstory and more emotional depth, many players viewed this as a betrayal,” Stellalune says. “This new, emotional Lara was not the character they had imagined. Likewise, the fan reaction to the upcoming game has been mixed. Some players who’ve seen the first trailer for the game have focused on Lara’s youth and inexperience, seeing her initial weakness as being out of sync with the strong, experienced adventurer they’ve come to know over the years.

“I think the ‘old’ Lara still had some life left in her,” Stellalune says. “But I understand [Crystal Dynamics’] reasoning. I imagine they wanted to free themselves of the tangled backstory the character carries up to this point, so they can take her in some new directions.”

With Naughty Dog putting a cap in Nathan Drake’s adventures with the PlayStation Vita’s Golden Abyss, the time is ripe for another adventurer to step foot in exotic territory. In the wake of powerful female leads like Bayonetta and the forthcoming debut of Juliet Starling (shades of Buffy Summers of Joss Whedon’s Buffy the Vampire Slayer fame) in Lollipop Chainsaw, who better than the woman who started it all? A Tomb Raider reboot is scheduled for next year.

“We’ll always have an itch for adventurous narrative, and some character and scenario will always be around to scratch it,” Barwood says. “Before I revived Jones in video games, it was Tomb Raider. Now it’s Uncharted. Next year, who knows?”

Indiana Jones might be the stuff of the past, but his successors will carry on his spirit for generations to come. Once again, that mantle could belong to Ms. Croft.