If Josef Fares wasn’t wearing his bright red jacket, I don’t think I would’ve found him in the crowds at this year’s giant Electronic Entertainment Expo trade show in Los Angeles. He’s the first person I’ve ever had to actually chase down for an interview.

I’m not a stalker (I promise!), but when I saw the award-winning Swedish filmmaker (Jalla! Jalla!, Zozo) and developer at a publisher’s booth after one of my appointments, I knew I just had to talk to him. Last year, Fares and Starbreeze Studios released his first game, the touching Brothers: A Tale of Two Sons. On the surface, it’s a simple story about two brothers going on an adventure in a fairy tale-like world. It’s difficult to explain what makes Brothers so special without spoiling it, but one particular scene stayed with me for days after playing through it.

As the creative and game director behind Brothers, Fares infused a lot of his personal life into the story, especially from his childhood, when he was growing up in Beirut during the Lebanese Civil War. So when I saw him walking around E3, I had to find out why he was there and what, if anything, he’s working on. Even though he had somewhere to go, he was more than happy to chat with me for a few minutes about Brothers and his next game. 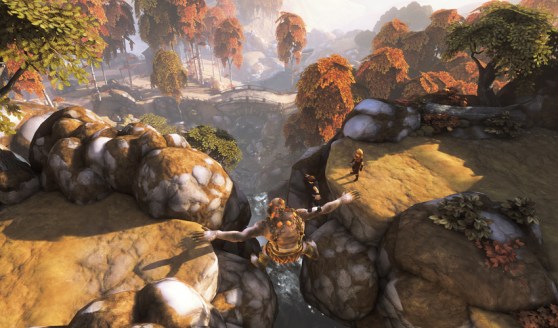 Above: A troll helps the two brothers cross over to the other side.

He’s not in it for the money

Fares wasn’t at E3 to demo his newest game — it’s not even in production yet — so when I asked him why he showed up this year, his answer was simple: He wants to make more games in the future.

“Making [Brothers] was actually a dream come true,” said Fares. “What I love about gaming is the interactivity. The medium itself: I just love it. My idea was actually to … if you look at games today, there are so many things to explore from a storytelling point. You look at the most popular ones, like [Telltale’s] The Walking Dead — that’s been hailed for its story. For me, I enjoy it, but I don’t think it’s the future of storytelling. I think the interactivity is the future.”

The control scheme in Brothers: A Tale of Two Sons, where one analog stick controls the older brother while the other moves the youngest, is part of the reason why its story works so well, winning over critics and, most recently, the British Academy of Film and Television Arts. At this year’s BAFTA award ceremony, Brothers beat out games like Grand Theft Auto V and Tearaway for the Game Innovation award.

“Brothers has opened up so many doors for me as a game developer. It’s crazy,” said Fares. “As I told you, my normal profession is filmmaking. I’m doing very well there. It’s kind of like … I just had a meeting with a publisher. Without saying any names, they were like, ‘Yeah, but you want to make money?’ I told ‘em, literally, ‘I make more money [by] making movies.’ … There are people who actually have passion for what they’re doing. I’d choose that before money. I’m that kind of person. 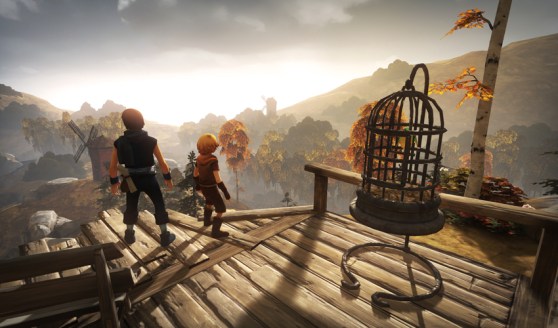 Above: Will Fares’ next game be as personal as Brothers?

Having so much enthusiasm for both mediums — where it can take years to finish a single game or movie — seems to have forced Fares to become more selective with his work. Originally, he was going to start shooting his next feature film later this summer, but he decided to cancel it because the project was going to take too much time away from his other interests.

“I do a little bit of [both games and films],” he said. “Short stuff. I’m doing short animated movies. But the feature film I can’t do because that takes a long time. I want to look at this [game] and focus on that.”

His next game is more than an idea at this point: He knows the beginning, middle, and end. Like Brothers, the concept is something he hasn’t seen before in games. What he doesn’t have yet is a studio to work on it, or a publisher to help support him. Fares hopes to begin development soon, and ideally, he wants to do it with some of the people who worked on his last game.

“If I do something, it’s gonna be with the core team from Brothers,” he said.

Before he left, Fares dropped a few more details about the game. It’s not going to draw from his past as much as Brothers did. It’s still focused on storytelling, and it’s “trying to explore a feeling.”

“It’s too early. We haven’t even started,” said Fares. “But I’m sure people will get excited.”