Byju’s has generated a huge following of more than 100 million people in India and elsewhere for its learning apps. And now the educational tech company is bringing its Learning App featuring Disney characters to the U.S.

The Disney-licensed product has been tested in India for a couple of years, and now it’s ready for a launch in the all-important U.S. market.

I know Byju’s because in 2019 it paid $120 million for U.S.-based Osmo — a startup that I’ve covered from the launch of its first iPad-based learning product in 2014.

Byju’s got started in 2011 after its founders — the husband and wife team Byju Raveendran and Divya Gokulnath — saw the edtech opportunity would be big. Raveendran used to teach math offline to 25,000 students at a time in a big stadium in Bangalore, and both founders believed that digital learning could be so much more efficient. They launched their online learning products for high school students in 2015, and now they’ve taken the offline products to online learning via Osmo. Their company now has a valuation of more than $16 billion.

“I used to conduct math sessions like this in stadiums,” Raveendran said in an interview with GamesBeat. “Students are hungry to learn, as education is still the only way for people to move up in social status. In that way, starting in India was actually an advantage for us.”

Their products include the Magic Workbooks and Learning App featuring Disney, and they have both physical and digital features, or what Byju’s and Osmo call “phygital,” said Raveendran. The products use Osmo’s AI technology, which uses an iPad’s camera and computer vision to figure out what a child is doing with a worksheet. If the child marks the right answer, the camera captures that information, and a reward comes in the form of an animated or sound acknowledgment. 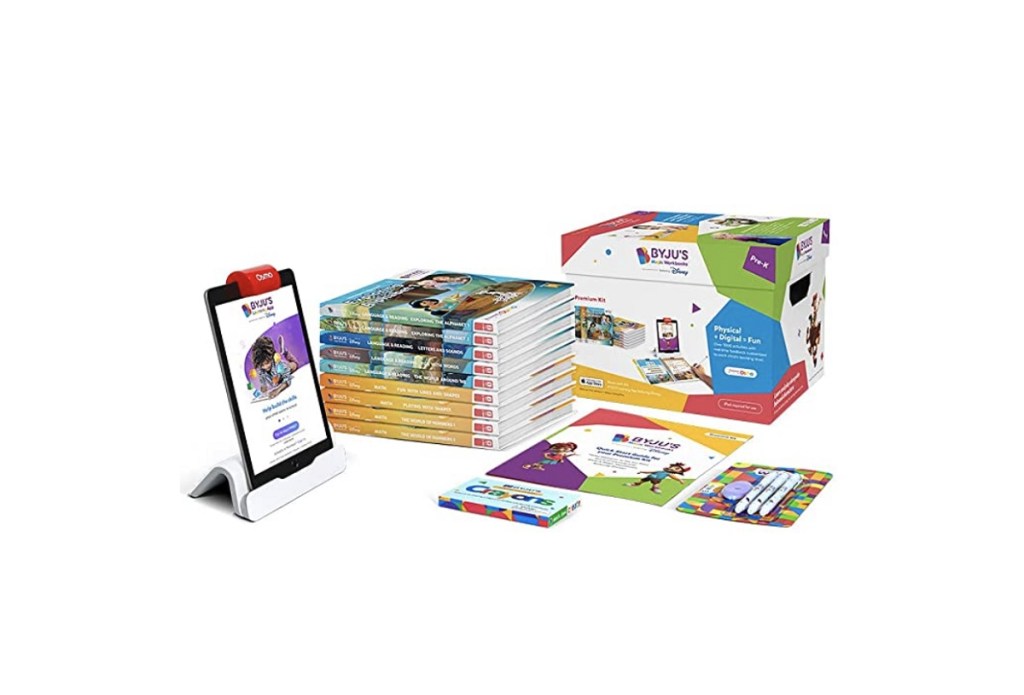 “The computer vision technology gives real-time feedback to the child when they’re practicing in their natural environment, with a worksheet,” said Gokulnath. “It’s like a teacher watching over them and giving them feedback. We integrated Osmo’s vision technology into the product and it features Disney characters. So it intrigues the child.”

Byju’s is building a blend of digital and physical learning products for children grades PreK to third grade to help develop math, language and reading skills. Byju’s has more than 100 million people who have tried its freemium products, and it has more than 6.5 million paying subscribers.

“Since we are in India, it was easy for us to get a large number of students to try out the product first,” Raveendran said. “In the initial months, we iterated a lot and in the last 18 months is where we really scaled the product. So our base being in India played a crucial role. And if you ask me why India first it is because we already had access to the distribution. And Disney’s name is powerful globally.”

The Disney characters will be quite familiar to the U.S. kids, and Byju’s has tried hard to instill storytelling into the apps.

“There are so many popular characters which Disney and Pixar built over many decades,” Raveendran said. “It resonates very well with students. There is nothing better to get students’ attention.”

Above: Byju’s teaches everything from phonics to math for kids ages 4 to 17.

Gokulnath said that the pandemic has exacerbated learning loss among children, and people really need this product now to supplement education.

For example, Pace recently estimated that some students have lost the equivalent of five months (or an entire semester) of learning this year. Byju’s provide interactive content that empowers children to learn at their own pace while helping reduce parents’ fears of learning loss due to remote learning environments.

“Building educational products is double the challenge because when you build anything, the expectation is that students need to be engaged. But more importantly, we need to also show outcomes to parents,” Raveendran said. “You need to find the right balance between keeping it engaging without losing effectiveness. That’s why it’s a big challenge building products like this.” 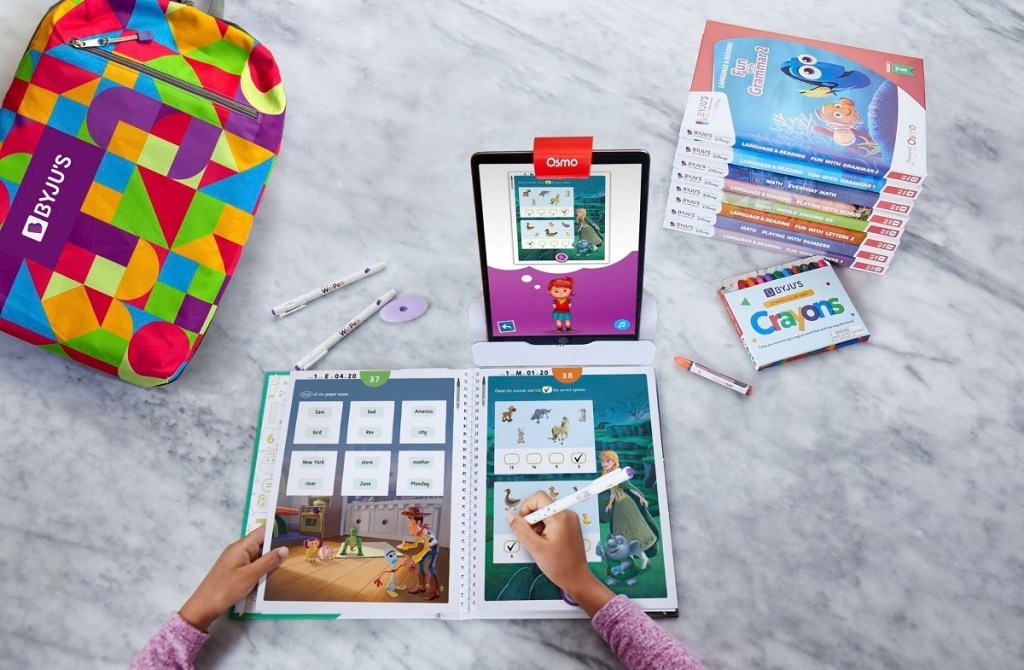 “These are very early days in terms of what technology can do for education,” said Raveendran. “With the pandemic, there was a mindset change. All of the stakeholders realized what technology can do for education with digital tools for teachers and students. I believe we are launching this at the right time and we are poised to make a big impact.”

The products have over 1,000 educational activities, including video lessons, read-along stories, and hundreds of digitally enabled worksheets. The activities are presented to kids via animated Disney characters from Cars, Frozen, Moana, The Lion King, Toy Story, The Little Mermaid, Aladdin, and many others. You can learn to read with Belle from Beauty and the Beast.

“We already have one of the largest platforms for self-learning and active learning anywhere in the world,” Raveendran said.

The Byju’s Learning App featuring Disney is available for 14 days for free, and it costs $10 a month or $100 a year. A limited selection of videos and quizzes are also available at no cost. Each grade level kit of the Magic Workbooks is available for purchase at $200.