If a traditional multiplayer online battle arena game is a precise fencing match, the makers of a new mobile MOBA want you to think of their game as an MMA axe kick.

Spacetime Games announced its latest release today: Call of Champions, a two-lane MOBA with streamlined gameplay specifically for mobile. It’s expected to come out as a free-to-play offering at the end of the second quarter for Android and iOS smartphones and tablets.

It’s not the first MOBA to hit portable screens — Vainglory, one of our top 10 original games of the year last year, did a killer job with a single-lane format. But Vainglory matches take up to 30 minutes; Call of Champions developers Gary Gattis and Cinco Barnes say their game will include all the fun in one-sixth the time.

Of course, you’ll give some things up to make that possible. Goodbye, minions. So long, item shop. See ya, jungles.

“If other MOBAs were golf or baseball, Call of Champions is like a round of MMA,” Barnes said. “It’s super-tactical, and it’s very intense, but it’s very short. It’s timed.” 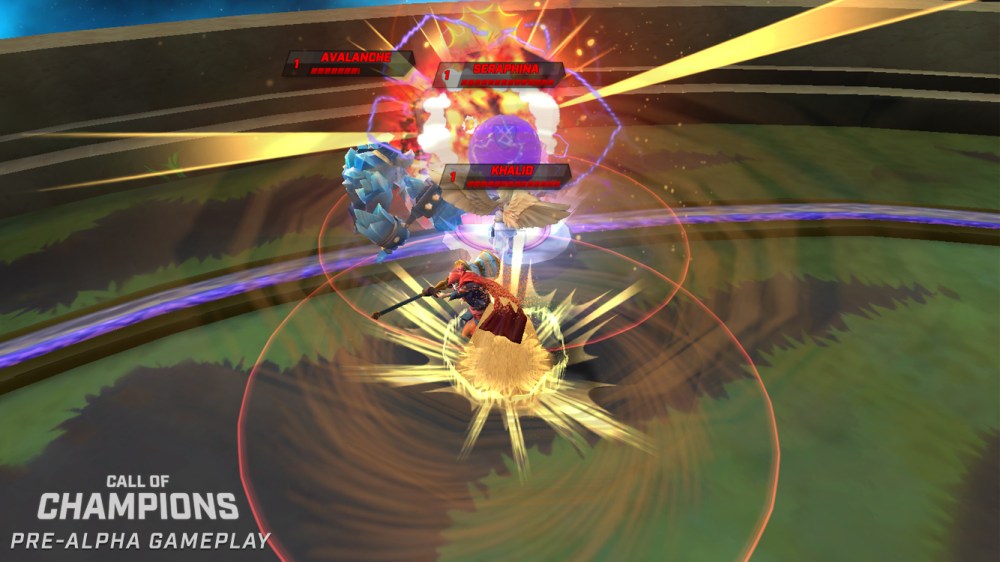 Above: The sphere blocks damage, giving your team an advantage.

Gattis and Barnes have some small experience in transferring big screen game experiences to mobile.

They were two of four developers with successful careers working on multimillion dollar projects for NCSoft, Electronic Arts, Microsoft, and Sony Online Entertainment (including the well-regarded Star Wars Galaxies: Jump to Lightspeed expansion) who launched Spacetime Games in 2005 and focused primarily on mobile.

Their 2010 Pocket Legends MMO and its spinoffs became best-sellers, and the company increasingly branched into strategy.

“We’ve made large-scale, fast games before. This is some real clean code; this is a fast-running game,” Barnes said.

Above: Powerful towers defend each base, protecting against the teams driving to capture them.

So what do you get in your 5 minute Call of Champions matches?

You’ll start with a choice of 20 champions (Gattis and Barnes say over 40 are in development) that fill one of five traditional roles. Tanks take damage, fighters are hybrid tank/damage classes, fragile mages provide buffs and heavy damage from range, and assassins focus on taking down other champions versus attacking bases.

Each team may have only three characters, so you won’t have all of the roles on your squad every time. You’ll pull your champion from one of eight elemental realms — ice, shadow, technology, nature, earth, and so on.

Each character starts with all of its abilities from the beginning of the match. Each champion has 10 tiers of advancement, with a number of passive skill choices in each that might affect the duration of effects of your power.

“You have a very rich selection prior to the match for strategic buildout. Their first through their ultimate abilities can be fired off from the get go,” Barnes said. “You’re running around at very high speed with a very powerful kit of abilities.”

It has multiple powerups that you can grab or, if you’re willing to take the risk, run to the center of the map to give to your whole team. You can push other players around — physically, if you’re a tank — and you may bully an orb on the map into one lane or the other, absorbing damage for the team that controls it.

Characters that complement each other 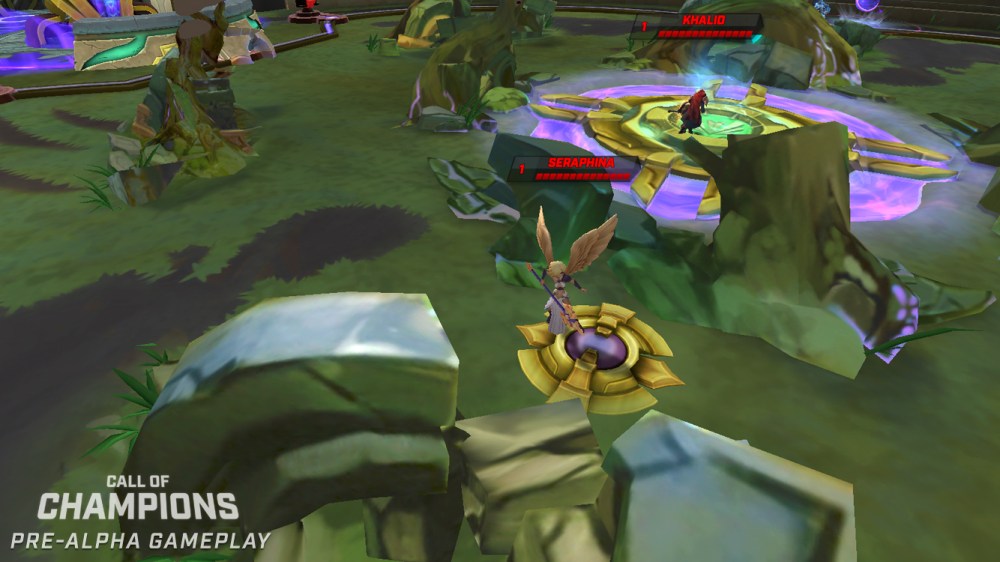 Above: Different classes can take on evolving, complementary roles.

The interaction between the different classes makes for some interesting strategy, Gattis and Barnes said. In their office league, some teams focus on dishing out damage rather than having a tank. All classes start to stray from their traditional roles as players improve them.

“As you advance, [you] will see tanks who are mostly about recovery,” Barnes said. “Crowd control, using combos to do a lot of health recovery, reflection, changing effects against the enemy team. Their position as the damage absorber is played in a number of different ways.

“Each class has a relationship to the others, and a way that you can capitalize on enemies who are burning, or cursed, or crowd controlled in some other fashion.

“Knowing how to play those combinations to their advantage is a big factor in team strategy.”

For example, Violet might throw a curse in an area, he said. A tank could literally belly flop someone into the damage, followed up by Cinder, a mage, tossing a flash bomb from a distance for a quick and deadly 1-2-3.

Learn with solo play, not with your wallet 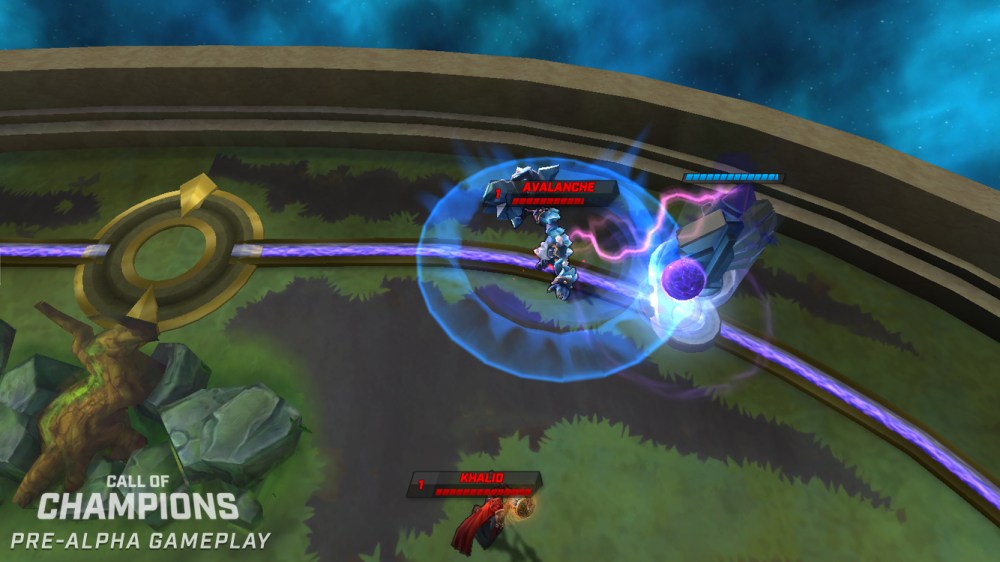 Above: Want to practice on your own? These players could be bots instead.

You won’t find any MMO-style quests, but players can play alone or with bots on their team to hone strategies. It will be free to play, with in-game transactions to speed you through the advancement curve. 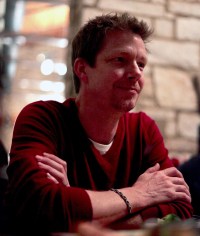 “You can play all you want; there is no pay to win monetization,” Gattis said. “Paying won’t give you an advantage. Premium membership will allow you to advance more quickly through that curve.”

Barnes agreed. Spacetime will sell neither heroes nor items.

“We don’t sell the choices and we don’t sell advantages. Having a competitive framework is critical,” he said.

“Everything has to be the same for your choices and mine. If I only have the weekends to play, a premium membership means I could advance at a reasonable rate.”