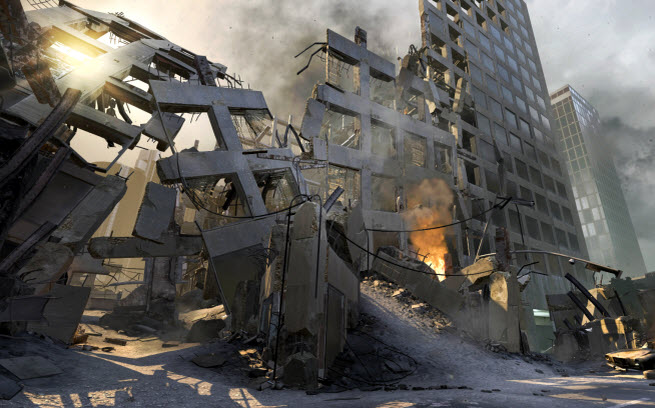 The one requirement for a Call of Duty game is that it has to run at 60 frames per second on a console. The graphics of the game have to look good, but they can’t slow the game down.

Happily, the Treyarch team has been able to squeeze  more 3D graphics performance out of the consoles.

“You have to challenge assumptions,” said Dan Bunting, director of online at Treyarch. “We didn’t want to rely on the stuff we have done in the past. We locked ourselves in a room and decided what do we want to take away from the game in terms of technology.”

Treyarch brought together a “strike team which we called the Beautiful Corner team.” That was an affectionate term for a vertical slice program that defines a flow of a map, starting with one corner of the map. They studied the graphics technology and defined what the game would look like. They plotted for four months, and in the end, they wanted to produce “PC quality graphics running at 60 frames per second on a console.”

The performance of consoles is frozen in time because every console has to be the same, and it presents developers with a stable development platform. The PC, on the other hand, evolves every year and can absorb the latest and greatest graphics chips and microprocessors. But a talented programming team can rewrite code so that it runs more efficiently on a console and frees up resources to do more things. 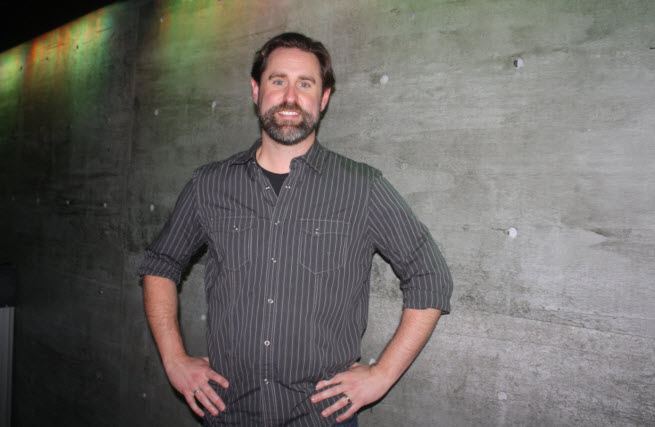 “It’s a simple statement and a big ask,” Bunting said. “Getting PC quality graphics running on a console is tough. A seasoned team can do it, but the graphics are expensive in terms of rendering power. The tricky part is the 60 frames per second.”

Gamers won’t tolerate anything except fast and fluid gameplay and graphics. Immediate responsiveness is what you need when you are in a duel with another player.

After those four months had passed, the team had completed two maps. They have since made other maps now and are now pushing the technology even harder.

Some of the major changes they made were with lighting effects. “Lighting is the rub that pulls the room together,” Bunting said. “It makes it feel immersive and realistic. Lighting is where we focused our energy.”

One of the upgrades is better high-dynamic range (HDR), which allows for both light and dark elements in the same scene. HDR pulls out more details that you would otherwise miss in a scene with different kinds of lighting and shadows.

Another new element is “bounce lighting,” where light bounces off the ground and illuminates another surface. You can see this kind of lighting if you are looking out at the end of a tunnel. Light from the outside hits the floor, bounces off the ceiling, and creates secondary light sources. In a room with windows, you will see softer shadows.

Techniques are what artists use to accomplish cool visuals, once they have the technology. Bunting showed a map set on an island near Yemen. It has unique trees that have complex branches and leaves. With “vertex baked lighting,” the trees get a very dense interaction of light and shadow.

Ambient occlusion, which is what happens when light bounces around a room a lot, causes some rooms to have really dark shadows in the corners. Light reflects off of weapons in different ways. Particle effects, like motes of dust, bits of ash, or insects flying around add granular details. Sand on the ground will obscure the asphalt on a road. But if you see cracks in the pavement, the sand will fall into those crevices and really look like what you would expect. Rocks on the side of the road have more depth.

“We can do a lot more of these effects in the same scene,” Bunting said.

In the map (dubbed Aftermath) of a destroyed Los Angeles, you see things such as water puddles on the street. Some of those puddles have colorful oil slicks on them. You’ll see many more things happening on a screen at the same time compared to past games, said Mark Lamia, studio head at Treyarch. Even objects in the far background will have visible features, such as a skyscraper on fire in the distance.

In the map, you see a lot of rubble, steel girders, and destruction. The landscape has a lot more detail to render. The artists started working on this level by taking photographs of downtown Los Angeles. The scene is layered with smoke, fires, shadows, sparks from live electrical wires, and sunlight coming through the glass.

“We’re not resting on our laurels,” Bunting said. “We want to create these new experiences for the Call of Duty franchise. We don’t want to take anything for granted.”