After almost a year of exciting battles in online qualifiers and major tournaments, 32 professional teams from around the world are in The Forum arena in Inglewood, California for the annual Call of Duty Championship (taking place alongside the sold-out Call of Duty XP fan convention). In addition to bragging rights, the teams are fighting for a piece of the $2 million prize, the biggest reward yet for the first-person shooter’s nascent esports scene.

The tournament is the last event of the year for the Call of Duty World League (CWL), which publisher Activision created in 2015 to capitalize on the rapidly growing esports market. According to intelligence firm Newzoo, esports is on track to bring in $493 million in 2016.

The championship also marks the end of competitive play for developer Treyarch’s Black Ops III, last year’s iteration of the long-running franchise. For Jay Puryear, director of brand development at Treyarch, the CWL’s first year (and the new rules it implemented) has been a huge success. The Forum is the largest venue to ever host a Call of Duty Championship, holding several thousand more people compared to past years’ events.

“It’s taken on this sense of grandeur that’s hard to explain until you see the sets and everything that we’re doing down here,” said Puryear in a phone interview with GamesBeat. (See more of our Call of Duty XP coverage here). 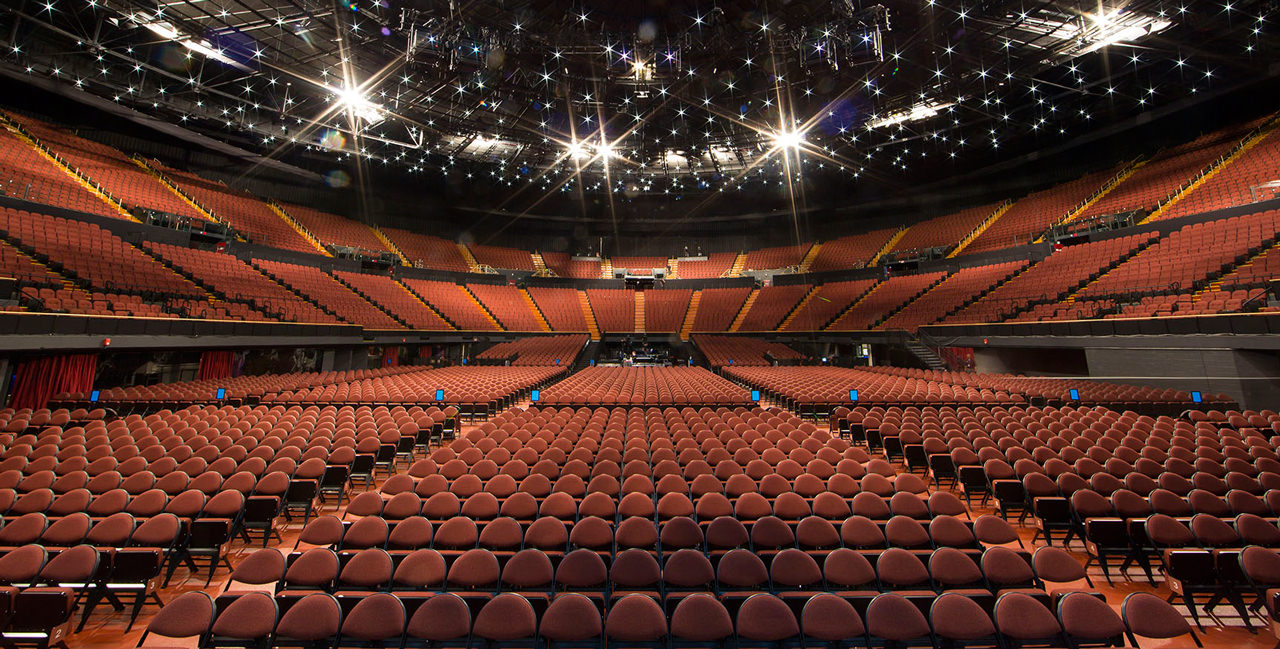 Above: One of The Forum’s possible configurations.

The 32 teams come from three main regions: North America (NA), Europe (EU), and Australia and New Zealand (ANZ). The U.S. has the biggest representation with 16 teams, followed by Europe’s 12, and ANZ’s four. Prior to this weekend’s match-ups, CWL commentators randomly placed the teams into eight groups of four. Each team must play against all three opponents in their section. The top two from each group will move on to the double-elimination portion of the tournament.

The teams appear to be handling the pressure well. Representatives from around the league told Treyarch that players were spending more time practicing than usual. They were eating better and getting more rest at night.

Some organizations have been busy trying to find the most complete team they can — even if that means cutting entire rosters just weeks before the big event. When I interviewed Colt “Havok” McLendon for a CWL tournament in July, he was a member of Cloud 9. But now he and other former teammates are part of Complexity Gaming.

Unforeseen emergencies can also be a reason for last-minute changes. On August 30, European champion Millenium abruptly announced that its star player, Callum “Swanny” Swan, couldn’t go to L.A. because of “reasons he wishes not to disclose.” Millenium brought in Marcus “Mirx” Carter, an American who won COD Champs in 2013 with Fariko Impact, to replace Swan for the weekend. 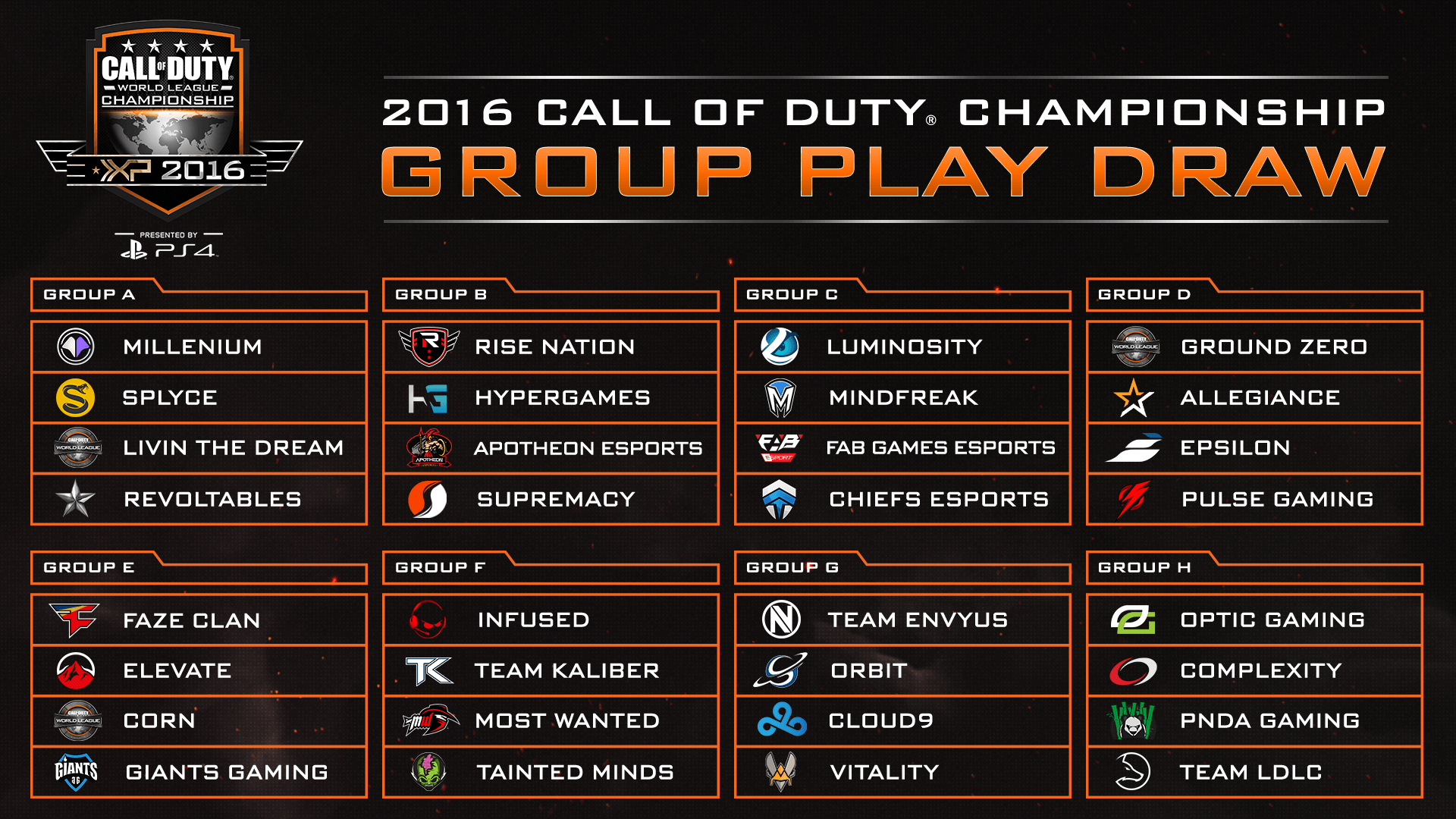 Above: The group results for this year’s COD Champs.

Bryan “Apathy” Zhelyazkov is a recent addition to the EnvyUs roster, joining shortly after the CWL wrapped up its first season in April. But the team — considered one of the best in the U.S. — has had a tremendous run since then. EnvyUs took first place during the NA season two finals and ended up in second at Major League Gaming Orlando in August.

In an interview, Zhelyazkov said they’re pretty confident about the weekend. They’ve put in “a lot of hard work” over the past few weeks fixing their mistakes, as well as tweaking their strategies in the bomb-planting mode Search and Destroy, which they’ve had some trouble with in the past.

In Group G, EnvyUs will face OrbitGG (the second-best ANZ team), Vitality (EU), and Cloud 9 (NA). While they’re also feeling good about these match-ups, Zhelyazkov knows it’d be a mistake to underestimate them. They’re paying special attention to international teams, who play a little differently compared to players in the U.S.

“They’re all pretty talented,” he said about his group opponents.

If EnvyUs makes it out of their group alive, Optic Gaming (one of the top teams in Call of Duty esports) might be their biggest threat. It was Optic who took first place at MLG Orlando. They were also the winners of the North American season one tournament. 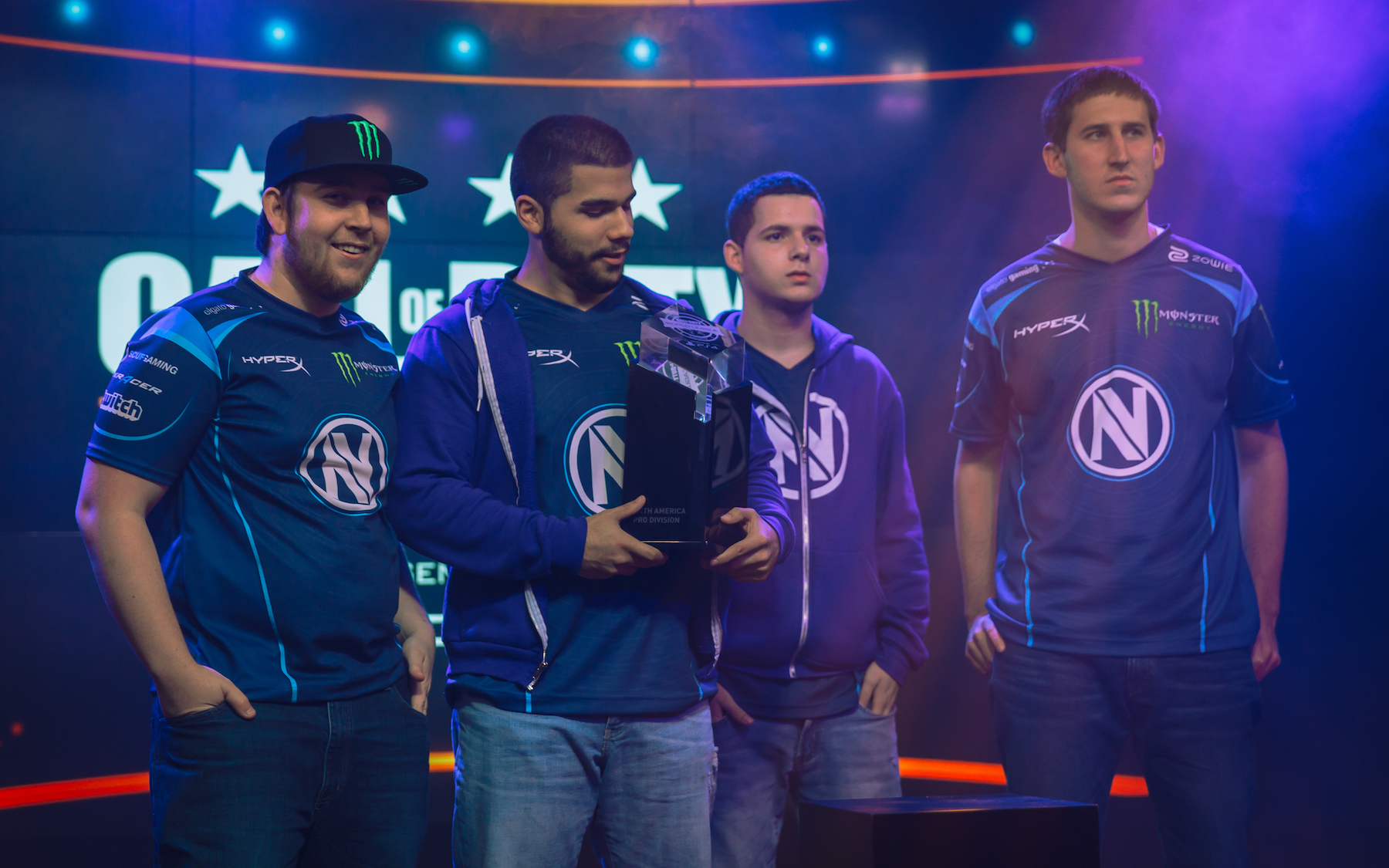 Above: EnvyUs celebrating their Stage 2 victory in July.

But as poetic as it’d be to get their revenge, the EnvyUs players aren’t thinking about what-if scenarios just yet.

“At a big tournament like this, you always try to focus on one game at a time,” said Zhelyazkov. “You don’t want to get too ahead of yourself.”

The Call of Duty Championship runs from September 1 through September 4.