When you get shot in the Frontier multiplayer map in Call of Duty: Infinite Warfare, your dead body starts floating in space. That’s because the gravity boots stop working when you give up the ghost.

I got to see this a lot in the first public hands-on session of Infinite Warfare’s multiplayer at Activision’s Call of Duty XP event in Los Angeles. That’s because everybody kept shooting me. I got a few kills myself, but I experienced a pretty good learning curve when using all of the cool features in the game.

The zero gravity combat adds a sci-fi feel that modern-war diehards don’t really like. But I noticed that Infinite Warfare’s multiplayer definitely felt like Call of Duty.

“While this may be the future of warfare, this still an old school fight,” said Joe Cecot, lead multiplayer designer for Infinite Warfare, in a press briefing. (See more of our Call of Duty XP coverage here.) 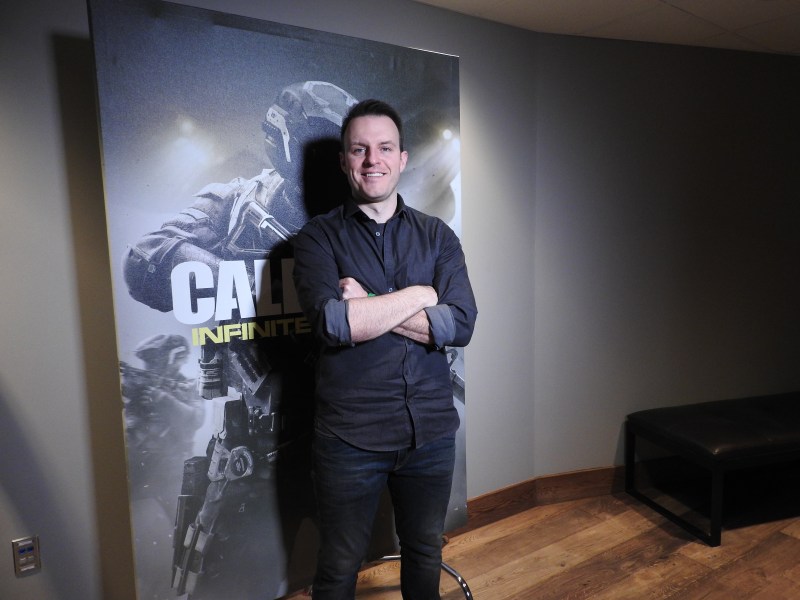 In the multiplayer, you spawn fast and go right into the action. You don’t have to run for a while to get to the battle, like in Battlefield games.

In my first hands-on battle, I played as a Warfighter, which is the name for one of six combat rigs that let you define your style of play in Infinite Warfare multiplayer. I used a pretty standard assault rifle and tried out the Biospike explosive knife as my grenade-type weapon. I figured out that you have to hit something with the knife before it blows up.

The results of that first battle are in both video clips below. It’s not my proudest moment, but it certainly gives you a flavor for what Call of Duty multiplayer will be like in a sci-fi setting.

About 4,000 to 6,000 people will get to check out multiplayer at the Call of Duty XP event. But if you’re not among them, you can check out the video below. 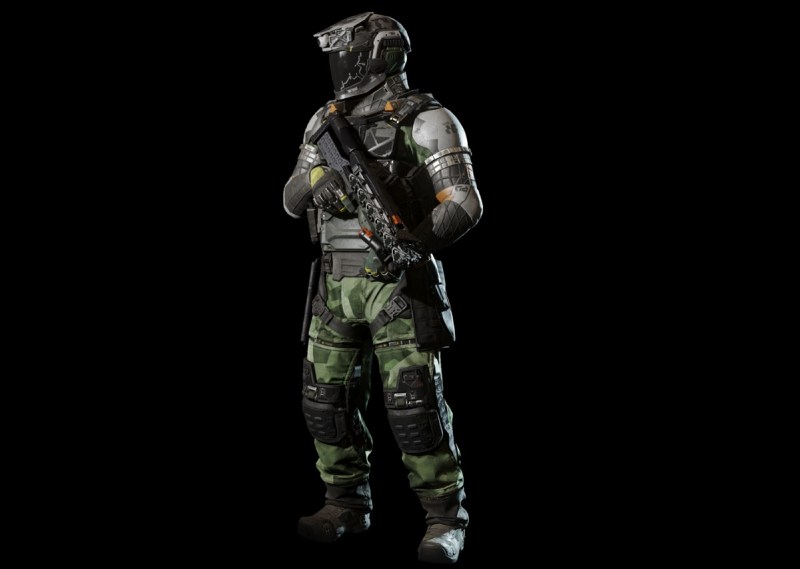 Cecot said that the team used its three-year development cycle to add a lot of nuances to multiplayer, without making it a lot more complex. And over time, you’ll gradually learn to master all of the new features and weapons.

You can still run on walls and move in a more fluid way, as you could in Call of Duty: Black Ops III. That is one thing that makes the adjustment from modern war to sci-fi easier. And the sci-fi weapons all feel like their modern war counterparts, Cecot said. You can change rigs and weapons in the middle of a match if you wish.

In a second game, I tried playing as the Merc, with a Heavy gun. I was a bit too slow to keep up with all of the other players, but I made it dangerous for anyone to run down the main lane.

You’ll see that a few of the players let loose their “cyber dog” attacks once they built up enough points. The Frontier map has a fast lane and slow lane underneath it, and Cecot said it is one of the fastest maps in the game in terms of the speed of the firefights.

Here’s part one of my battle on the Frontier map.

And here’s part two of the Frontier battle.