Among the big changes for Warzone is an update to its narrative. Some time ago, a cargo tanker ship ran around in Verdansk near the Zordaya Prison Complex. The ship held zombies, and the undead have spread across parts of the map, and that has now resulted in different Corruption Zones. If a player dies within such a zone, they become one of the undead. But the zone has lots of gas masks to prevent you from breathing the fumes that turn you into a zombie.

In Warzone matches this week, there are constant alerts about the zombie containment problem. The new Operation Rapid Sunder starts April 21, with more updates coming at noon Pacific on that day. Warzone’s update will be playable at 9 p.m. Pacific on April 21. 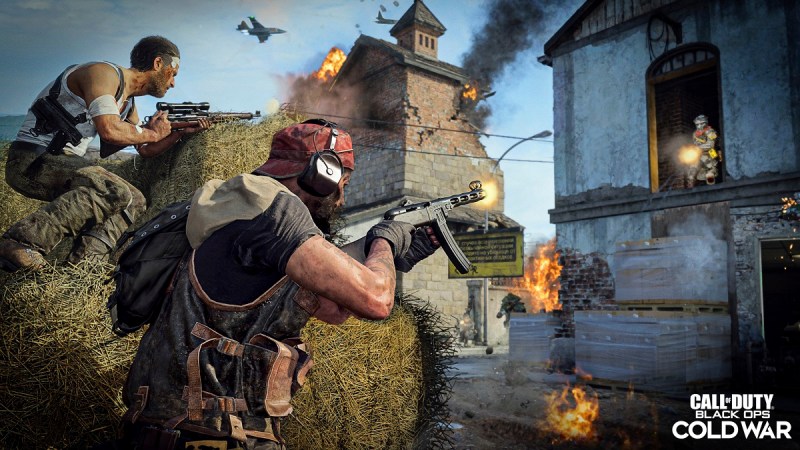 Activision also said the file size for Warzone will be 25.2GB to 25.9GB, depending on what system you play it on. Black Ops: Cold War’s file size will range from 8.1GB to 13.1GB. Fortunately, you’re not required to download Warzone if you’re only playing Cold War. These file sizes are down from previous versions.

Black Ops: Cold War’s multiplayer will get four new multiplayer maps and six new weapons on 9 p.m. Pacific on April 20. One of the new maps is a 6-vs.-6 map set in the old Soviet observatory on Mount Yamantau, which was part of the Cold War single-player campaign.

In the Hunt for Adler narrative for the multiplayer, Frank Woods and his CIA team are still searching for Russell Adler in the Golden Triangle, and the bad guy Stitch is using that time to execute the next phase of his grand plan. Three new soldiers, or Operators, will appear in the coming weeks: Wraith of Norway, Knight of the Warsaw Pact, and Antonov of the Warsaw Pact. The latter will specialize in bomb defusal and hazmat work. Captain Price will also arrive in Black Ops and Warzone as a Legendary Operator.

One of the new Scorestreaks is Strafe Run, which you get after reaching a certain number of kills in multiplayer. It lines up a fighter jet strafing run across the map. And as for how many times you can level up, the new highest Prestige Level is at 15.

In patch notes, Activision said that it had nerfed the power of the Sykov pistol, the latest overpowered gun in Warzone, by 25%.