Candy Crush is one of the biggest gaming brands on mobile. The original released in 2012 and has reached over 2.7 billion downloads. 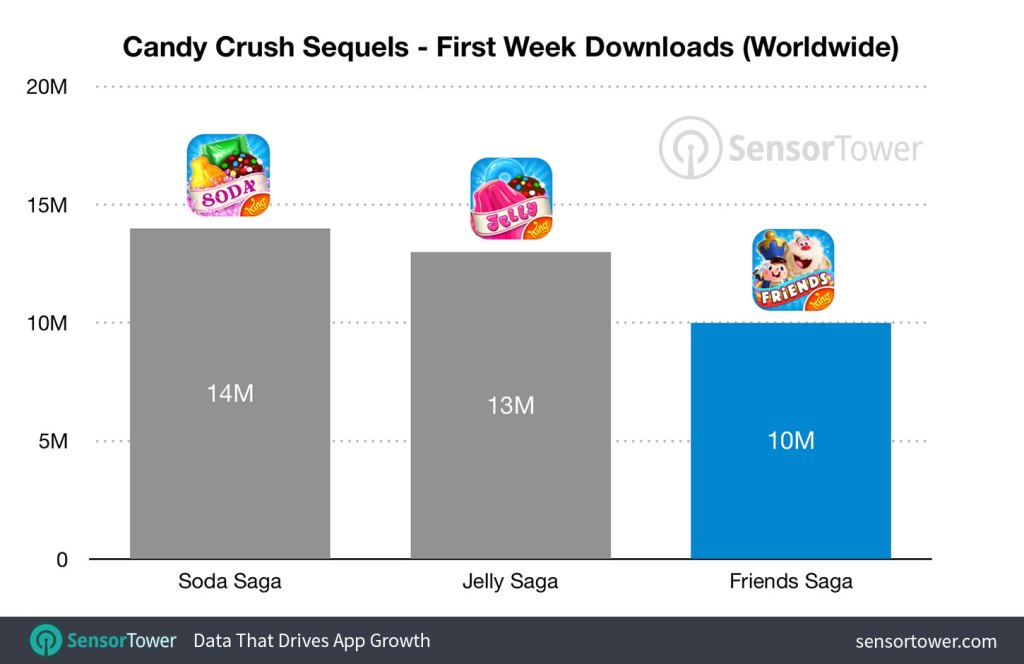 Friends Saga had a big opening week, but the franchise is experiencing a downward trend. The picture becomes bleaker when you look at revenue. Friends Saga earned $780,000 in its first week while Jelly Saga reached $1.7 million. Soda Saga made $3.7 million.

Friends Saga does not have any major competition from new releases, with Nintendo’s Dragalia Lost being the last major mobile release. That role-playing game made $16 million in its first two weeks following a September 27 launch. And according to Sensor Tower, Friends Saga has to compete with its own predecessors. Each previous Candy Crush game still has its own following, and it can be tricky to convince their fans to also pick up or migrate to a sequel.

Candy Crush helped popularize the match-3 style of mobile puzzle games. Its success attracted hundreds (if not thousands) of imitators. Many brands, such as Star Trek and Family Guy, have their own match-3 mobile games.