To celebrate the fifth anniversary of the enormously popular Candy Crush Saga mobile game, King has partnered with Italian fashion house Moschino to create Candy Crush-themed swimwear, a phone case, and a backpack.

And because it bears the Moschino name, and it was designed by renowned fashion designer Jeremy Scott, this stuff ain’t cheap. The backpack with Candy Crush imagery costs $650. The phone case is a more reasonable $70, and the swimwear costs $250 for men and $300 for women.

It might seem a little like some at King has been eating too much candy. But King, which was acquired by Activision for $5.9 billion in 2015, has a vested interest in making the Candy Crush brand ubiquitous. 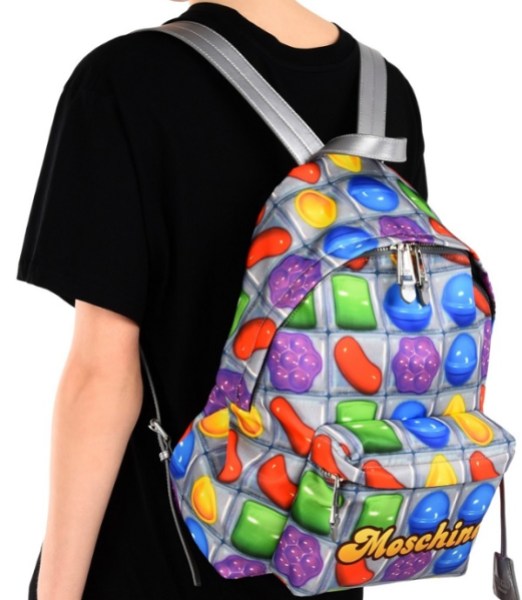 Above: Candy Crush backpack by Moschino.

King has kept Candy Crush Saga in the top 10 grossing apps for nearly five years with a strategy of ubiquity. Just about everybody on the planet has tried it out. Yet a small percentage of people spend money in the game, which is a free-to-play title. So King has to constantly advertise and find new players who might spend some money. And that’s why it has to spend a lot of money on advertising.

Now the deal with Moschino will generate a little more merchandising money for King, but if it is successful, it will push the brand higher in awareness. And if that awareness leads to more users, it could also generate some high rollers for King.

It’s not so different from the merchandising strategy that drove Rovio to create Angry Birds plush dolls and The Angry Birds Movie, which generated $349 million in worldwide box office revenue.

You could also think of the Moschino deal as a reward for die-hard fans. The people who really spend a lot of money on Candy Crush Saga wouldn’t think twice about dropping a lot of money on some high-end fashion related to their favorite brand. It’s a limited edition product on Moschino.com, until the collection sells out. And so while it won’t make a ton of money, it could generate a ton of attention.

“As someone who is inspired by pop culture, it was only a matter of time ’til I’d play with the iconography of Candy Crush,” said Jeremy Scott, Creative Director for Moschino, in a statement. “The only thing I love more than playing the game is wearing it!” 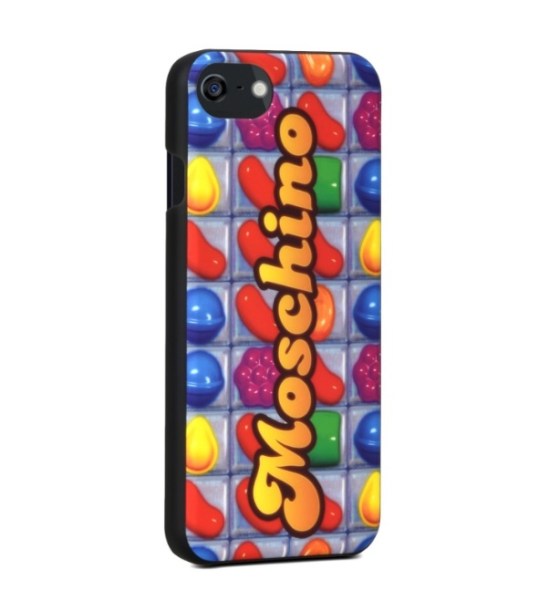 The celebration of the launch will culminate at the exclusive star-studded Moschino Candy Crush Desert Party during the Coachella music festival, where the entire event space will be transformed into a Candy Kingdom. Key visuals and moments from the game will be brought to life with tangible props that will be as vibrant in-person as they are on screen.

“We couldn’t think of a better partner to transform Candy Crush into this fun and playful capsule collection that our players will have a chance to own and wear,” said Sebastian Knutsson, chief creative officer at King, in a statement. “Moschino and Jeremy Scott are known for their larger than life creations and bringing popular culture to the runway, so it’s the perfect partnership as we prepare to mark the five-year anniversary of Candy Crush Saga. The game has earned a firm position in the cultural zeitgeist and the collection is a celebration of this.” 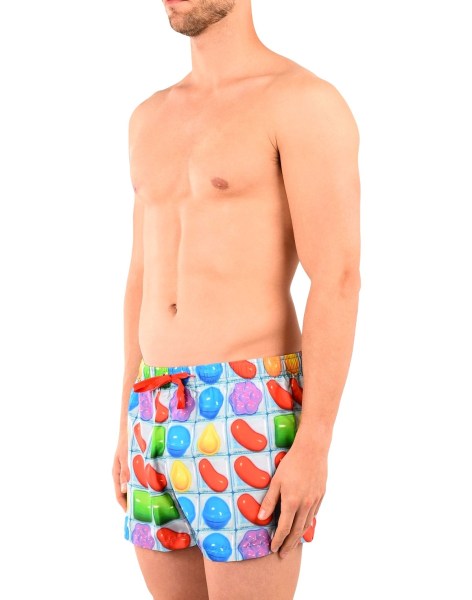