Candy Crush Saga has dominated the mobile charts and our finger touches during the past year as the world’s most popular mobile game. 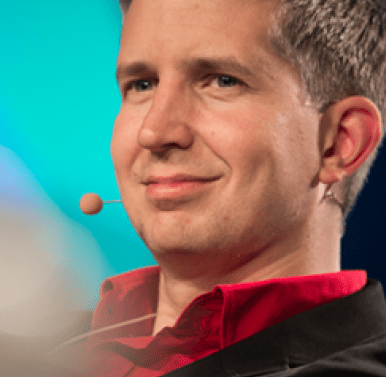 Above: Tommy Palm of King.

It’s a simple “match 3” game akin to Bejeweled, where you line up three pieces of like-colored candy in a row to trigger a cascade of matches. It’s an addictive game that Time magazine recently profiled as a reason why parents forget to pick up their kids in school.

I interviewed one of its creators, Tommy Palm, via Skype for the Game Monetization USA Summit today about the saga behind the free-to-play game’s. He reported that Candy Crush Saga now has more than 500 million downloads and King itself has more than 282 million monthly active users now. The title has been played more than 150 billion times.

The game has put London-based King, which has studios where Palm works in Stockholm, Sweden, into an enviable spot in the mobile game industry. The company is reportedly getting ready for an initial public offering that could value the company at $5 billion, more than social gaming giant Zynga or Supercell, even though King has considerably fewer employees.

As Time noted, King has the first game that has been No. 1 on iOS, Android, and Facebook at the same time. Think Gaming, which releases gaming analytics, estimates that it takes in $875,382 per day.

Palm addressed some reasons why the game, which has 485 levels, has been so addictive. Among them, Candy Crush makes you wait. We are suckers for sweet talk. You can play with one hand. There’s always more to play. You don’t have to pay, but if you want to, it’s easy. It taps into your inner child. It’s social. It’s an escape. It grows on you.

Palm also credited the rapid growth of smartphones and tablets. Candy Crush Saga is an offline game that you can play even if you don’t have a data connection, and it won’t kill your battery life either. A lot of other mobile games operate slowly because they rely on the better data connection.

Candy Crush Saga has tutorials that show you how do get better combinations, and it’s accessible. Palm plays it regularly with his mother.

“Most of the levels are not timed, so you can take your time playing it,” Palm said. “It doesn’t consume all of your mental bandwidth.”

It isn’t always in your face, asking you to buy virtual power-ups with real money. But it has leaderboards that encourage you to compete with your friends.

King is now expanding to new places for making games, such as a new studio in Berlin. It’s running TV ads in Japan. It has tons of fans on Facebook, and Palm says King’s games always do better the more social a player is.

But like Zynga and its Ville games, will Candy Crush Saga decline?

“All games have a natural lifespan. It’s been extremely fun to see how long it has gone on. We launched Bubble Witch Saga 2.5 years ago on Facebook, and it is still one of the top titles,” Palm said. “Casual games have great lifespans, we have a never-ending energy in coming up with new boosters and new levels.”

Users who have reached the top levels are like a train that is moving as the tracks are being laid before it. The original Candy Crush Saga team had just three members, but now there are a lot more people doing updates for the game.

Still, King is small, with only 550 employees. Zynga, by contrast, has around 2,300. King’s teams are staying small, so it’s still possible to have conversations between designers, artists, product managers and others.

Palm said that players like being challenged, so the last level in an episode will be the hardest. The game focuses on balancing luck and skill. He said he is proud that King has been cited for having a great working environment for employees.

As for free-to-play, Palm said, “Free-to-play is here to stay. It has been really well incorporated into the game. It’s important to find the balance of not being perceived as greedy but making money as well.”