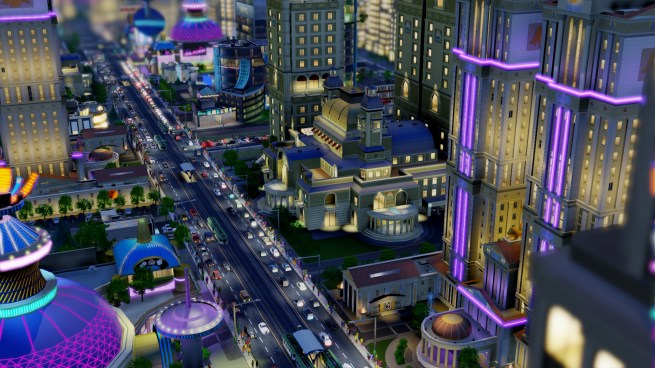 SimCity allegedly launched at midnight Eastern time, but Electronic Arts’ servers are struggling to keep up.

Common issues include Electronic Arts’ Origin service giving multiple error codes and the game not even showing up as downloadable to people who purchased it. I’m suffering from the latter.

We contacted EA to ask about these issues, but the publisher hasn’t responded to our request for a comment. The company’s official Origin Twitter account did finally provide a statement:

Due to the high demand for SimCity, Origin has experienced delays impacting a small percentage of users. We’re working non-stop to resolve.

Here’s a plethora of other humans struggling to get their city simulation on:

Welcome to Origin where you can't play that game you pre-ordered because our servers are being hammered. Thanks always online Sim City! -.-

Spoke too soon. Forgot EA heard we like launchers and put a SimCity launcher in our Origin launcher so we can launch while we're launching.

Has anyone who preordered the deluxe version of SimCity gotten it to download yet?

It's still showing up as "Preordered but not released" for me.

I guess the "Digital Deluxe Edition" is actually the "You don't get this game tonight" edition. But the German cityscapes will be worth it!

DIGITAL PUBLISHING PRO TIP: Don't hype a down-to-the-minute release date if you don't have the infrastructure to support it.

I’m going to sit out SimCity tonight (much as it pains me) and wait til the server crap subsides. I’ll watch the Twitter meltdown instead

Still not getting an option to download SimCity. Is it a time zone thing?