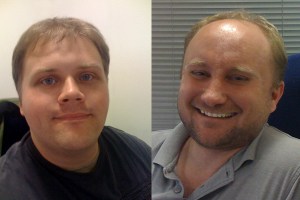 You can credit Paul Preece and David Scott for wasting a lot of your time. They’re the creators of the hit games Desktop Tower Defense and Flash Element TD, two Flash-based games that have been played more than 210 million times.

Hobbyists no longer, the two men have now created their own company, Casual Collective, and lined up $1 million in seed funding from Lightspeed Venture Partners. They are releasing four casual games today on their site and plan to license them to game portals.

Preece, 39. created Desktop Tower Defense over a few months while working as a programmer. In the game, you build towers and other defenses and try to keep enemies from speeding through a narrow opening. Each round could take just a couple of minutes, but players often played them for a long time. 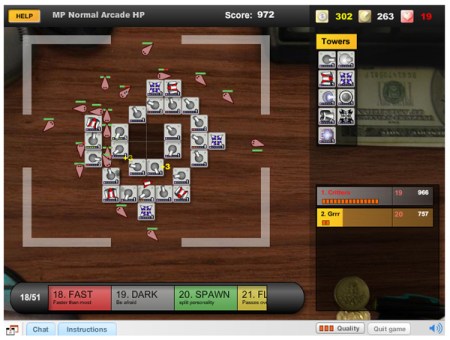 The game was released in March 2007 and spread globally, finding homes on sites such as Kongregate.com, the user-generated games site where the game ranks third among more than 8,000 on the site. It has consumed roughly 10 million hours of playing time.

Scott, 30, was a web developer. His big game hit, Flash Element TD, was remarkably similar to Desktop Tower Defense: players built a gauntlet of towers to stop all enemies. Flash Element TD is on more than 12,000 web sites now.

Both games earn money through advertising. Scott has also created a couple of other popular games: Flash Circle TD, and Vector Tower Defense. 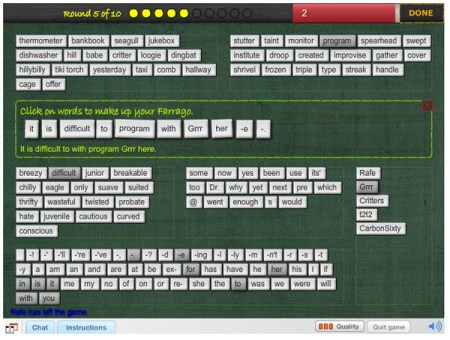 The two quit their day jobs last year and teamed up to create a social-gaming site. Until today, they’ve kept the effort quiet. But over the past three months they’ve posted a few games that gamers have been finding via word of mouth. One of their tricks is to put up prototypes, analyze where players are dropping out of the game, and then revise it quickly to hang on to the gamers for a longer session.

Jeremy Liew, a partner at Lightspeed, said he wasted a lot of hours playing Desktop Tower Defense and heard about Preece at a dinner. “I wanted to meet the guy who was such a drain on my productivity,” he said.

When Preece and Scott said they were starting a game development firm, Liew funded it. It looked like a winning combination, and Liew said he believes that those who will win fast in the era of social games are those who can create hits quickly on a fast cycle.

The Berkshire, England-based company’s goal is to create free, ad-supported games that can be licensed for play on any game portal. The Casual Collective’s own site will provide additional benefits to social gamers. Besides the four games launching today, another four will be launching soon. The company is in the process of negotiating to get the games on more web sites. 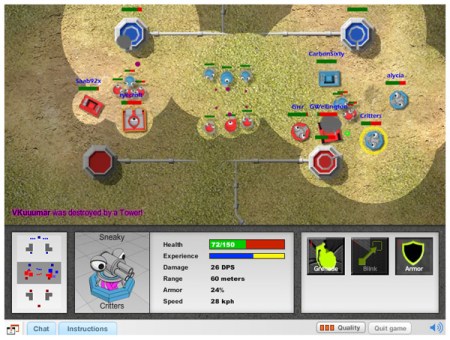 One of the games is Minions, a real-time strategy game, or one in which players make their moves simultaneously as the action unfolds. In the game, you pick your tank and join a group of armored, infantry and artillery units. You charge the enemy’s team, which can be staffed by real players or computer-controlled players. Whoever wipes out the other’s defenses wins. A game normally lasts about 12 minutes.

Besides Minions, other new games include Desktop Tower Defense 1.9, an update to Preece’s game; Buggle Stars, a star-collecting game; and Farragomate, where players try to create the best sentence they can from a series of words in a short time. Later on, Casual Collective will launch Buggle Connect, Attack of the Buggles, Flash Element TD 2.0, and Desktop Armada I. Those games will appear on Kongregate, Addicting Games, Hall Pass, Newgrounds, and I-Am-Bored.com.

So far, Preece and Scott have one contractor and plan to add more over time. At some point, they may relocate to Silicon Valley to position themselves to hire more game developers. But Preece said immigration procedures are holding them up.

There’s a ton of competitors out there. But few casual games get played in the tens of millions of sessions.