Ubisoft is a big French video game company with 15,000 employees and hits like Assassin’s Creed and Tom Clancy’s Rainbow Six Siege. But the company knows it thrives on innovation and creativity, and that’s why the company collaborates with the Paris-based startup campus, Station F.

Ubisoft isn’t just seeking ties with game startups. Rather, it is looking beyond that, to other kinds of tech startups as part of a way to raise awareness about new kinds of technologies that could affect its business.

Catherine Seys, start-up program director at Strategic Innovation Lab at Ubisoft is giving a talk about this collaboration for creativity today at the DICE Europe event, and I interviewed her about what she’s going to talk about over the phone.

Seys graduated from the French engineering school Ecole Nationale Supérieure des Mines de Paris. She worked 10 years as a strategy consultant at Kea & Partners, and she joined Ubisoft’s Strategic Innovation Lab in 2011. She worked on various projects such as user data, collaboration between production teams, social interactions design, and physical and digital combinations. She now leads Ubisoft’s participation with Station F in Paris.

Since 2012, she is also the co-founder of the French Tech startup UrbanHello, which received two CES Innovation Awards in Las Vegas in 2013 and 2017 as well as several design and products awards. Seys is looking closely at virtual reality, augmented reality, mixed reality, blockchain, and other technologies. 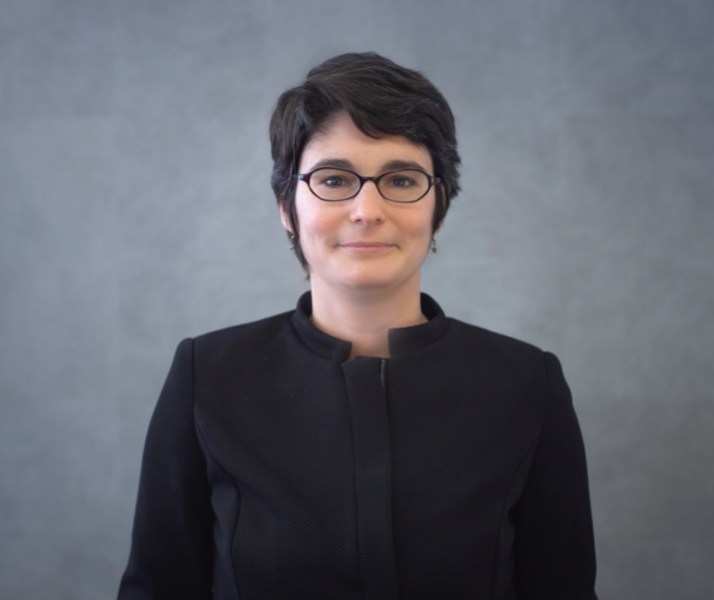 Above: Ubisoft’s Catherine Seys is startup program director of the Strategic Innovation Lab at Ubisoft.

GamesBeat: What’s your DICE Europe talk going to be about?

Catherine Seys: At DICE I’m going to talk about what I’m doing here at Station F and the Strategic Innovation Lab. Ubisoft is building creative and innovative relationships with startups in our partnership with Station F, and that’s mainly what I’m talking about, how we build those relationships and what we do with startups that we support at the Innovation Lab. Also, I’ll talk about what kind of future they can help us envision thanks to what we’re doing together.

GamesBeat: You have big franchises like Tom Clancy and Assassin’s Creed. Why do you need startups?

Seys: [laughs] Well, for many things, actually. Building community in the entertainment industry is a tough challenge. We need to be innovative and build new products every year for many years. To do that, we need to be able to see our environment with nuance. That’s why working with startups is interesting for us. I’m part of a team at the Strategic Innovation Lab, and on my team we’re working on prospective topics for Ubisoft, beyond things like Tom Clancy and Assassin’s Creed. We’re not necessarily working with video game startups, but rather with entrepreneurs whose technology or business models can complement ours.

GamesBeat: In the past it’s seemed like Ubisoft’s new ventures meant that you were creating games for new game platforms. But it sounds like this goes well beyond that.

Seys: Right. I can give some examples of topics we’re working on, like mixed reality. We’re working with a startup developing technology that can allow the real time streaming of holograms. This has uses in many industries outside of entertainment, like the real estate industry, for instance. But it’s inspiring for us, because working with them is helping us embrace new ideas for what we can do inside the massive worlds that we’re creating. We can even imagine that our gamers could be holograms inside our games.

GamesBeat: I’ve noticed patterns in startup activity related to games over the years. A lot of studios and indies are always starting up. We saw a lot of investment a few years ago related to virtual reality. That’s shifted to augmented reality and then to esports over the years. Now a lot of them are moving toward blockchain and cryptocurrency. Is that a pattern you see, or do you see more nuance in it?

Seys: Obviously we’re very interested in blockchain. We’re exploring that here with various products. What that helps us embrace is how to go one step further beyond rewards and incentives. We’re not really talking about cryptocurrency. That’s not what we’re working on currently. Rather, we’re looking at the value of digital assets and how they can be used in the environments we create. 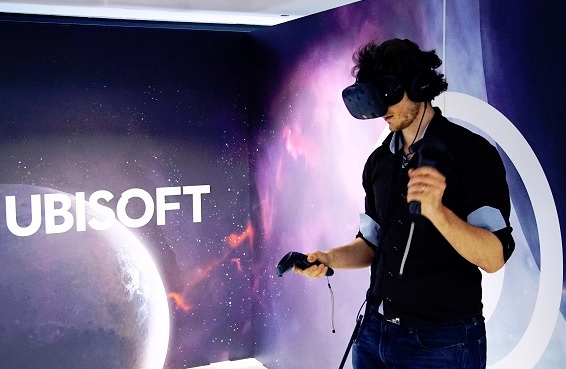 Above: Mimesys is a VR startup at Station F.

GamesBeat: How long ago would you say blockchain came on to Ubisoft’s radar?

Seys: When we started our program here, that was back in September of last year. We’d already worked with blockchain startups. The topic wasn’t new to us at Ubisoft. We’d already started to work on that. So I’d say a year and a half to two years.

GamesBeat: Do some categories within blockchain seem like they most obviously apply to games? The ones I’ve written about include allowing avatars to have ownership by the user, who can take those avatars across different games. A lot related to identity management and account verification seems quite relevant to game companies, to reduce spam accounts and harassment. I see some that are related to virtual currency. But I guess I’m still waiting to see more variety in what people are doing with blockchain in games.

Seys: You’re right. Our mission here is exploration, and what we’re exploring is how to empower our players, including using blockchain technology. We want to involve our players more with our games.

GamesBeat: How many startups are you working with currently?

GamesBeat: Are you describing some of them in your talk? What else is your talk focusing on?

Seys: Yes, I’m talking about some of the startups we’re supporting. The first one is Realcast. It’s an AR startup. They’re creating AR games to create more engaging and fun experiences when visiting museums or other public spaces. Part of what we did with them is we organized bi-monthly art direction reviews with one of the art directors from our Paris studio. It was beneficial for Realcast because they were able to benefit from Ubisoft’s expertise in creating interactive experiences, but it was also very inspirational for us at Ubisoft, because it was a way to very closely follow a cutting-edge AR project. We could contribute to our own internal reflections on how to use AR with our content.

The other example is a startup called Panda Guide, which is creating the first AR device for the blind and partially sighted. Their technology is based on audio and haptics. We’re working with them on UX design, and also on building prototypes to find new kinds of experiences to play on their device, which can potentially adapt to the strength of your vision. Again, we’re working with Panda Guide because we can help them with our UX team, but also, it’s a way for us to learn more about creating more accessibility for our gamers.

GamesBeat: Are you funding them as well as offering whatever support you can, or is funding not part of your relationship?

Seys: We’re not always funding them. We did just make an announcement about a partnership in Canada where we’re providing funding, but in our program with Station F, there’s no equity involved. The program is free. There’s no commercial commitment on either side. All of the startups’ IP remains theirs and our IP remains ours. This is important for me, because as we’re exploring working with startups, I don’t want the selection process to be too difficult. I want as many partnerships to be possible.

GamesBeat: What’s always been interesting to me is how gaming intersects with a lot of other technologies. It seems that we always benefit from being on the border between games and technology or science fiction or other kinds of entertainment. Is that something you see as valuable, looking beyond just games for opportunities to innovate?

Seys: Of course. Gaming can be a testbed for all kinds of new technologies. Another startup that we’re supporting here at Station F is called Mimesys. They’re working with holograms for VR and AR. It’s interesting because even though the technology is not yet part of entertainment today, it’s very inspiring for us to work with them, and it’s opened up new research tracks for us.

Another example in a similar field is iExec, which is a blockchain-based decentralized marketplace for computing resources. It’s allowing anyone to monetize their computing power. They’re not only targeting the entertainment industry, of course, but for us it’s very interesting to work with a startup like this, because they can give us an example of what decentralization could mean on a very large scale.

GamesBeat: Do you see a lot of value in the concept of decentralization itself?

Seys: Obviously decentralization is a word that we need to keep in mind for the next few years. Not only in technology, but also in organizations. We’ve already seen this trend beginning with what’s sometimes called disintermediation — things like Airbnb or Kickstarter, and many other examples. That’s a starting point for decentralization. But with blockchain technology, we’ll be going one step further into decentralization.

GamesBeat: What about artificial intelligence? I did write about one company recently called Promethean AI, in Los Angeles. They’re using machine learning to help artists build out objects in 3D worlds. If the art director says they need an apartment building in the world, the AI will take the first stab at creating something to fit what it knows about the artist’s style. But it’s relatively rare, still, for me to see gaming-related AI startups.

Seys: We worked with one of them in season one. It was called Hexachords. It was creating a software solution for music composers, to create orchestra music more quickly. Of course, again, that’s not only relevant to the gaming industry, but it was very interesting for us to explore the opportunities for gaming in that kind of technology. Also, our next season, which we’ll announce at the end of September, will be focused on blockchain in games, but we also have AI startups providing new and innovative experiences for gamers.