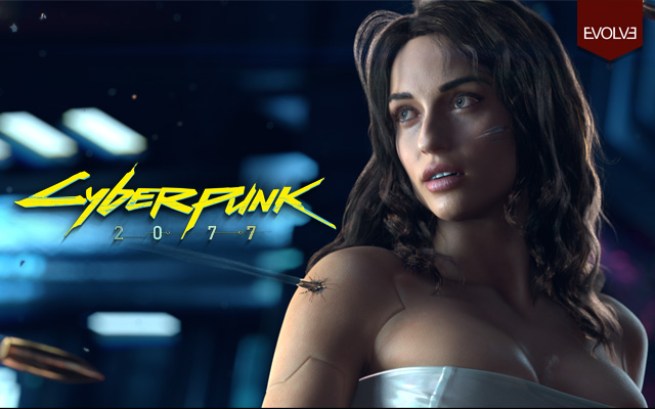 Hey, that pretty lady just got shot in the arm, but don’t you worry about her! This is the future, and she’s a robot lady.

Developer CD Projekt Red revealed its next role-playing game, Cyberpunk 2077, back in October. Now, the studio is giving you a glimpse of this cybernetically enhanced setting in a new teaser trailer:

The teaser shows how the Psycho Squad might acquire a new member. The Psycho Squad specializes in combating “psychos” – individuals who overuse implants and substances that boost or otherwise alter the human body. There comes a point when they overdose on these innovations, and their bodies start to rebel against their biological body parts as well as against all things organic around them. Simply put, they start killing people, who they now derisively call “meatbags.”

When a psycho goes on the rampage, strange things can happen. There’s going to be a lot of carnage, so the psycho might be taken down by regular police, but they’re not always able to get the job done. When things spin out of control, they call in MAX-TAC (Maximum Force Tactical Division), popularly called the ‘Psycho Squad’. And these guys are exceptional; these guys are crack troops. The fact that they’re proud of that name tells you a bit about their mindset. They wear a badge with their official emblem on their right sleeve, but their left is reserved for their unofficial Psycho Squad emblem. It’s primitively made and the image itself is on the crude side of things. It’s not unlike a badge special force operators might make and wear to distinguish themselves from the ranks of grunts in any theater of war.

It looks a lot like a Linkin Park music video to me, but what do I know?

Cyberpunk 2077 is a video game followup to the pen-and-paper RPG Cyberpunk 2020. CD Projekt Red sharpened its role-playing mechanics on two well-received The Witcher games in the past few years. Hopefully, the studio can take its learned lessons and apply them to this very cool setting.