You could celebrate the Fourth of July the boring, predictable way, with fireworks and hot dogs. But you could also fill yourself with patriotic pride by playing as a group of digital rebels.

Just like how the United States of America had to fight for freedom against the British, plenty of groups of video game characters have had to battle their own oppressors. In honor of our Independence Day, we listed some of the most notable gaming rebellions below. And no, we didn’t include any Star Wars games. That would just be cheating. 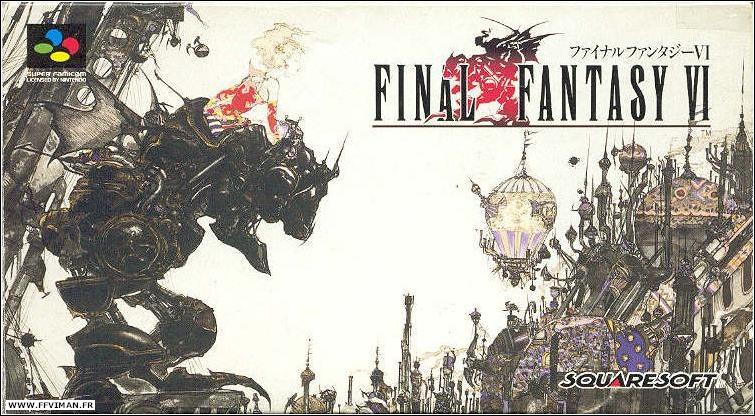 Above: If only we had magic robots to help us fight the British.

The plot of Final Fantasy VI largely revolves the Returners, a group of rebels that are trying to defeat the (of course) evil Empire. A rebellion is only as good as its members, and the Returners include some of Final Fantasy’s best characters, including the thief Lock, imperial defector Celes, and the kingly Edgar. They’re a fun group, even if they’re initially a bit unsuccessful in the whole “stopping the end of the world” thing.

Actually, a lot of Final Fantasy games have you playing as a group of rebels, including Final Fantasy II, IV, VII, XII, and XIII. Hey, if I had a series with that many installments, I’d probably have to recycle some ideas, too.

The parkour-based Mirror’s Edge takes place in a near-future dystopia where everything is a little too clean, which of course means an omnipresent group is monitoring and censoring all of society. You play as Faith, a runner who carries secret messages between the city’s rebellious groups.

The plot of Mirror’s Edge is really more about Faith saving her sister, who was framed for a murder. The upcoming prequel, Mirror’s Edge Catalyst, looks to deal more with Faith’s role as a rebel.

Above: Half-Life 2 is one of the most beloved games of all time, and its fans might do some crazy things to see a sequel.

Aliens overtake the Earth, and our only hope is a ragtag group of rebels who’s greatest hero is a theoretical physicist with a crowbar. While the original Half-Life showed what happened when a group of scientists at a facility called Black Mesa messed with dimensional portals, Half-Life 2 takes place 20 years later and shows the dystopian effects.

The plot is continued in two expansion, Half-Life 2: Episode 1 and Episode 2. Sadly, after a pretty big cliffhanger, the narrative hasn’t continued since 2007. Hopefully, Gordon will one day get his chance to permanently repel Earth’s oppressors.

Above: Dishonored: Two rebellions in one.

Corvo was actually the bodyguard for an empress until he was framed for her murder. He eventually joins up with the Loyalists, a group of rebels, and becomes their best assassin, thanks to some magical powers that allow him to possess people and stop time.

Corvo is actually a double rebel, since the Loyalists eventually becomes jerks themselves. Hey, nothing’s wrong with a rebellion of one.

Above: All rebels like to hold weapons up to the sun.

What’s better than a rebellion? How about a Mars rebellion? Red Faction: Guerrilla takes place in the year 2125, where a group called the Earth Defense Force is, well, forcing everyone who lives on Mars to mine resources for Earth.

The funny part is that the Earth Defense Force was originally a rebel group in the first Red Faction. The devil you know, absolute power corrupts; choose your cliché.