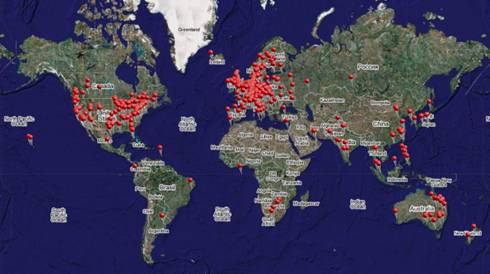 As other industries contract, the game industry is showing resiliency as a source of jobs. A new census shows that the number of industry jobs in the U.S. is up 12 percent from a year ago.

There are 44,400 people working in games in the U.S., up from 39,700 in 2007, according to the Game Developer Research unit of Think Services Game Group, which organizes the Game Developers Conference. Canada also saw its jobs increase 17 percent to 9,500 from 8,100.

Some of the increase is due to staffing related to the launch of next-generation game consoles, which are now entering their prime years of game sales. But Think Services also said that there is continued funding for virtual worlds (i.e. Second Life) and massively multiplayer online games such as World of Warcraft. The group also said that venture capital funding into game-related companies has increased significantly.

While the financial crisis could curb the growth in the long term, a slowing economy hasn’t affected game jobs yet. Almost 48 percent of the industry, or 21,200 people, work in the game industry in California. Washington is second in employment with 4,700 employees. Texas is third with 3,300.

Incidentally, David Perry has an interesting game industry map (above) that lists tons of companies worldwide and their geographic locations.

The survey does not include jobs at game tools companies, game contracting/services companies, external PR, marketing, legal, and other business services, and liaison or licensing divisions at larger media companies. The group estimates this number is about 18,000 across North America.