Cent has raised $3 million for its platform that provides tools for creators to make an income using nonfungible tokens, or NFTs.

You may be familiar with Cent’s work, as it enabled Twitter CEO Jack Dorsey to sell the first-ever tweet on Twitter in an auction for $2.9 million back in March. That was one of the triggers of the latest craze around NFTs.

NFTs have exploded in applications such as art, sports collectibles, and music. NBA Top Shot (a digital take on collectible basketball cards) is one example. Built by Dapper Labs, NBA Top Shot has surpassed $700 million in sales, just seven months after going public. And an NFT digital collage by the artist Beeple sold at Christie’s for $69.3 million. Gaming has a couple of new unicorns, or startups valued at $1 billion, in Animoca Brands and Forte. NFTs are now selling at a rate of $213 million a week, back at a level previously seen at the peak in May.

NFTs use blockchain, the secure and transparent digital ledger. And they can use the blockchain to verify the authenticity of one-of-a-kind digital items in the form of NFTs. Cent CEO Cameron Hejazi decided that NFTs were a way to enable what I call the Leisure Economy, where we will all get paid to play games one day. And this could work in a variety of ways. Creators or influencers can get their followers to buy their NFTs as mementos or souvenirs. But the creators could also give away NFTs to loyal followers. In any case, Cent figured out how to make an NFT out of social media posts. 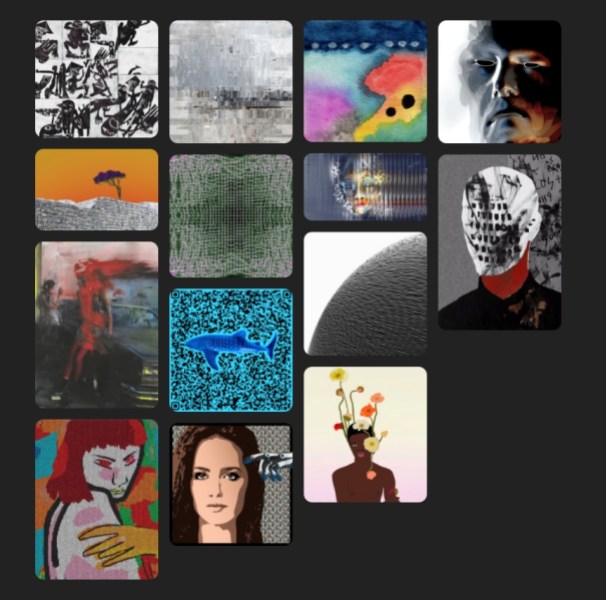 Above: Can creators get paid for their work?

Cent takes a 5% fee on each NFT sale, and then it takes a 2.5% fee on resales. Creators of the NFTs also get a royalty on sales and resales.

The funds will be used to expand the company’s platform to support an ecosystem of new apps that utilize NFTs to help creators make an income.

“NFTs give people ownership of their data. The next generation of apps will harness this potential for the good of their users,” said Hejazi said in an interview with GamesBeat. 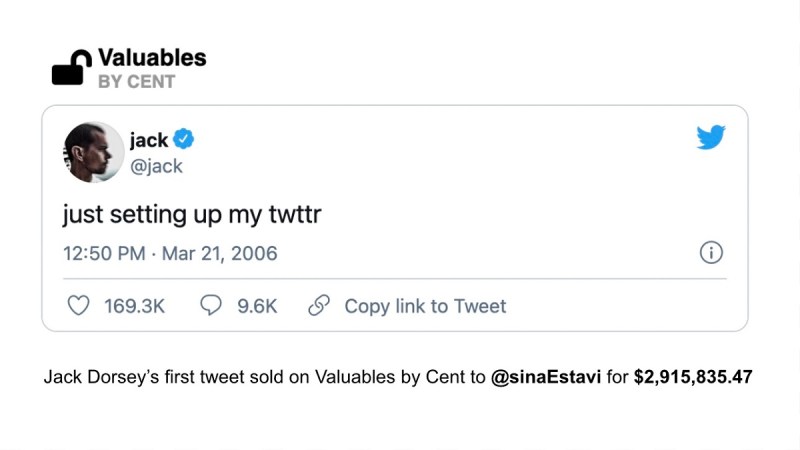 Cent started in 2017 with a focus on social media at the time, and it still has about 80,000 users on that network. They noted that people were spending a lot of time on the social networks without getting much paid back to them.

“This was deeply unsettling,” Hejazi said. “Before Cent, I was in the ad industry working for the man. And I felt I had to get out of there and fix this problem.”

There were conversations about universal basic income at the time, where the government could pay people basic money to live on each month.

“If you fast-forward in your mind, you can see how the activity that we generate on these networks will one day be reflected back to us in pay,” he said. “That was kind of the genesis of Cent.”

He said the company experimented at first on how to build a strong community where people received value for what they gave to the network.

“NFTs came into the world as a thing,” he said. “It took our entire community and network by storm because, all of a sudden, all of our users were able to sell their digital art using these protocols.”

Cent approached Twitter to talk about this and the idea was born to take the tweets of users and turn them into NFTs.

“We decided that we wanted to layer on this value on Twitter, partly because that’s where so much of the crypto audience lives, and also because we see tweets as a very interesting message format that is very interactive,” Hejazi said.

This so-called Valuables service is still operating and turning tweets into auctionable items.

“It got us solidified in this vision of the future of internet applications and how it will revolve around data ownership at its core,” Hejazi said. “It’s your content, your audience, your in-game assets, and so many other things. So for us as a company, we think of our positioning as building products in hopes that people will unlock the value of their data.” 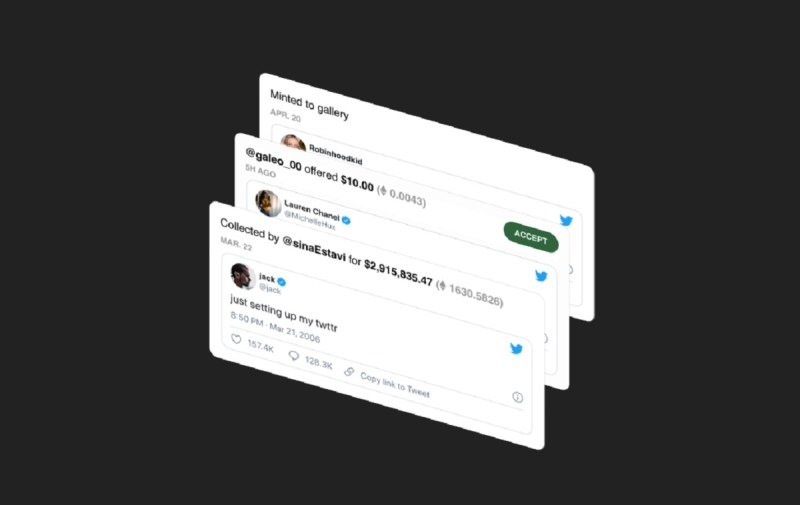 Above: Cent lets you auction your tweets.

While Cent is well known for Valuables, its NFT marketplace that sold Jack Dorsey’s original tweet, there are broader implications beyond the sale as it relates to creators around the world. Now, there are more than 50,000 people on the Cent platform for tweets. They’re generating about $20,000 in revenue a month now. It’s small, but it could grow, Hejazi said.

“We focusing on as many people as possible now,” Hejazi said. “Our number one goal is to get as much data and as many relationships between people captured on the blockchain so that we can build more higher order experiences than than what’s currently possible.”

Hejazi thinks the long tail for NFT sales will ultimately be more interesting than the celebrity auctions.

The sale highlights the crucial role existing social networks will play in the transition to user-owned networks. Cent’s platform will accelerate this transition by connecting apps and services that creators rely on directly into the NFT ecosystem. With this approach, the platform will help creators understand their existing audiences and enable a new, direct line of communication and monetization using NFTs.

Cent uses a sidechain called Polygon to mint its NFTs without fees or environmental effects. In the long run, Hejazi hopes the NFT hype will turn into enthusiasm for a movement on how people can be paid for their work, including posting on social media.