Kazuki Morishita is the CEO of Gung Ho, the Japanese company best known for its mobile game Puzzle & Dragons. The international hit, which has made the company more than $1 billion in profits in the last two years, overshadows the company’s other console-focused brands and studios, including No More Heroes maker Grasshopper Manufacture, Grandia creator Game Arts, and Tenchu developer Acquire.

Intelligence firm Digi-capital says that mobile gaming will top $45 billion by 2018, overtaking console gaming revenues. It’s the same for Gung Ho — mobile games make up the majority of its revenues now. But Morishita doesn’t foresee a mobile-only future, and he admits to preferring console games over their mobile counterparts.

GamesBeat spoke with Morishita (through a translator) during the Electronic Entertainment Expo this week. We were joined by Jake Kazdal, CEO of indie studio 17-bit, which has just entered a product partnership with Gung Ho.

GamesBeat: I don’t know how this will ever fit in E3, but it’s hard to imagine mobile games on the floor. It feels like there should be, given that they outclass a lot of the games here in terms of revenue. What do you think about this?

Kazuki Morishita: It’s definitely very different. Concept-wise, mobile games and console games just aren’t the same. I’d like to see the console side of the industry do better. As our main business model, we handle PC and mobile as well as console games. Whichever way it goes, we’ll have something ready for that platform. Even so, it would be great to see the console side of the business booming.

GamesBeat: Would you say that’s a personal interest? As an individual who plays games, would you personally rather play console or portable games than mobile?

GamesBeat: That’s interesting given the popularity of your titles right now.

Morishita: From a creator’s point of view, it’s always better to have an equal amount of titles out on different platforms. It cultivates your creativity and helps you come up with new ideas. It’s good for the creative process. In terms of mobile, the people who play mobile titles, a lot of them I’m sure have never picked up a console controller. The mobile market is interesting that way. It’s reaching out to people who aren’t already gamers, per se. 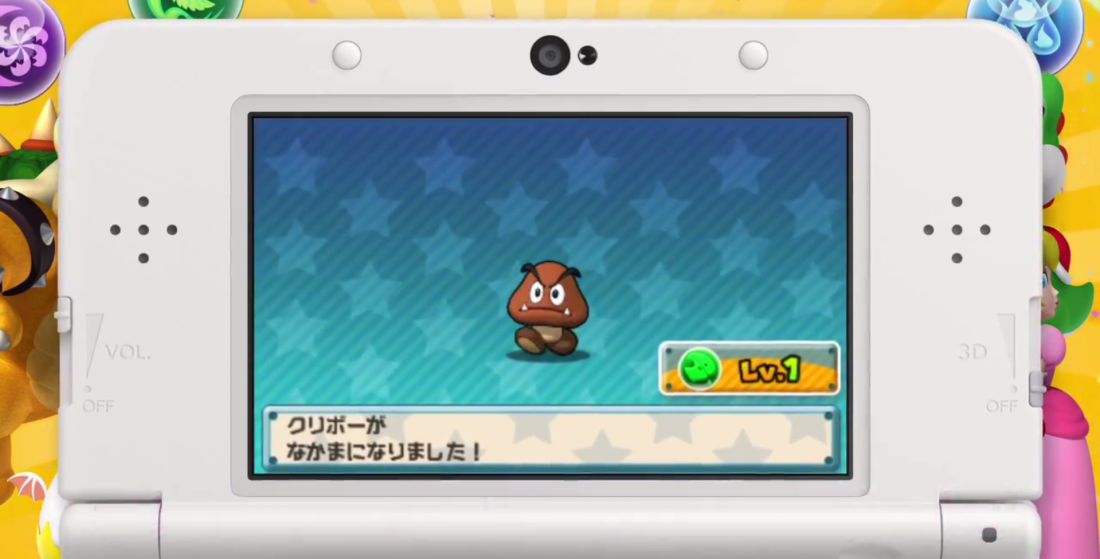 Above: GungHo is partnering with Nintendo for a big-brand mashup in Japan.

GamesBeat: Your crossover with Puzzle & Dragons and Mario, is that an attempt to bridge that gap? In a more general sense, do you think it’s worthwhile to try to bridge the gap between console and mobile users?

Morishita: Back in 2011, we were coming up with a new concept for Puzzle & Dragons. I came to the conclusion that our target audience for the 3DS version—I wanted it to be kids, kids who don’t have smartphones. I’ve always wanted to release the game for 3DS and reach more of that audience. The target audience for PZD Mario is definitely much younger than the smartphone crowd. Going back to your question, Gung Ho’s goal with that title is to reach out to a broader audience with the core gameplay of the series.

GamesBeat: It’s notable to have such a successful mobile title push into the console/portable space. Do you feel like there are multiple avenues to bridge the gap between those markets? Rather than bringing casual games to core gaming platforms, do you think you could bring something more complex to the mobile space?

Morishita: Merging the two totally makes sense. But the core concept of how Gung Ho creates our games—the question is, is it fun or not? If it’s fun, whatever platform works, we’d like to release it there. It’s a lot more simple than you think.

GamesBeat: Gung Ho is uniquely positioned, with so many companies under your umbrella. Are you trying to create a synergy across all the platforms and franchises the company works with?

Morishita: The direction we try to take with our development process—as I say, with the core concept, is it fun or not? But at the same time we don’t really segment our teams. It’s not as if these guys are the console team and those guys are the mobile team. We mix and match a lot of times. Internally we have Grasshopper people, Game Arts people, and all our mobile studios all in one office.

Our best case scenario moving forward would be, it doesn’t matter if it’s a console or mobile title. With our current core team, we can make whatever title relates best to a given platform. Going back to your synergy point, that’s sort of what we’re trying to get to. Our console team people will talk to the mobile teams and try to bounce ideas off each other. That’s the closest we have to what you’re talking about right now. We don’t really have walls between teams. 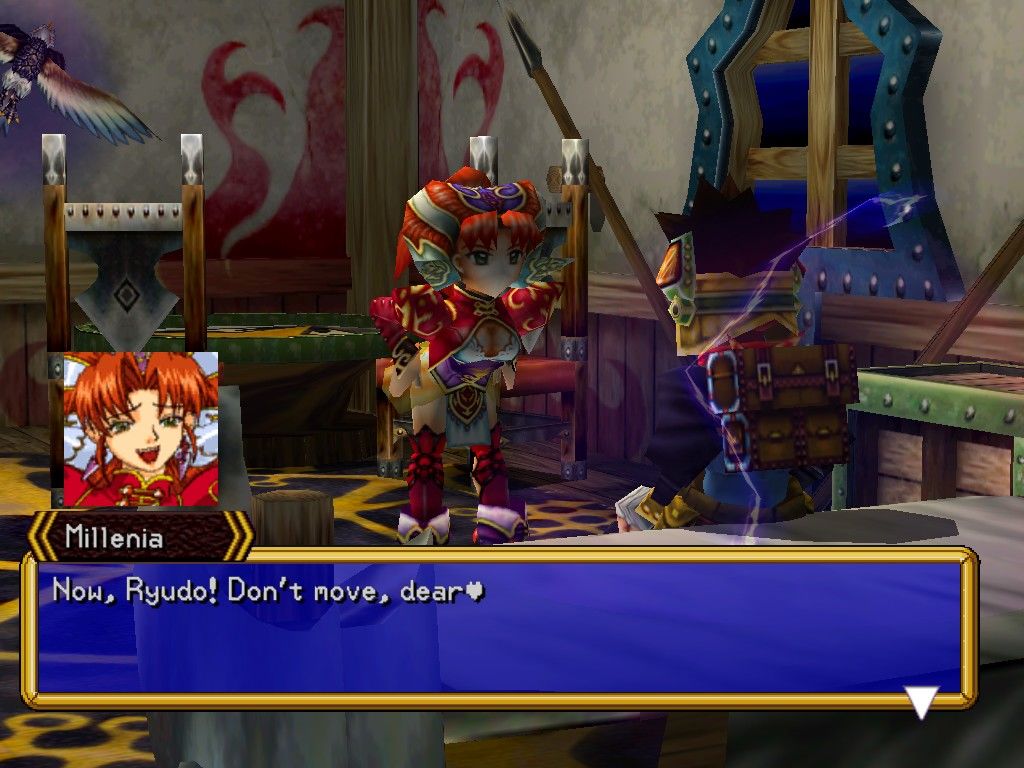 GamesBeat: That’s a different answer than I’ve gotten from other people I’ve talked to in your position. Working with Jake, a typical answer might be—it could be that you’re seeking out a specific goal, something more complex and more catered toward the core gamer. But maybe not necessarily. Maybe you have a genuine partnership. I’d be interested in hearing how the 17-bit/Gung Ho thing came to be, and if there are any goals along those lines.

Jake Kazdal: I haven’t played a lot of mobile games, but there’s a couple of them that I’ve played, some simple shooters, that felt very cool. I realized that you could do something really good with this. So the game kind of started with the concept of something that could scale up to PS4 and stuff. We met these guys, went to dinner with them in Tokyo after PAX East last year. We talked quite a bit about games and stuff.

Morishita a very game-first creator. It’s not about monetization and stuff like that. We didn’t talk about that. Just core ideals of good gameplay. Both of us grew up in the Famicom generation, which shaped our beliefs about how games should function. We were both inspired by that, and I thought we could be a great team. The deal is with Gung Ho America, but I live in Japan, so—I meet with him every month in Tokyo. We’ve gone over the plans. We spend a lot of time talking through core priorities for a mobile game and how that’s different from console stuff. My experience is mostly in console games. My love and my passion is core gaming. We were looking for a partner who would help us bring core gaming to mobile, someone with a bunch of experience, someone with the same creative vision. This has been a great match.

GamesBeat:It’s interesting having the same core belief in what a game should be and partnering to go after that. It’s neat and fresh, especially in the mobile space.

Morishita: Touching a bit on Galak-Z, the core concept itself is very hardcore. Watching Jake play is a feast in itself. It’s definitely entertaining. I was very impressed by that when talking to Jake. We’re really looking forward to working with 17-BIT and creating something awesome together.

GamesBeat: Does that maybe hint at something we don’t know about in the collaboration, any future projects?

GamesBeat: As a Game Arts fan, part of me wants to see that entire back catalog comes back. I know there’s been talk of doing that in some form, any of those games.

Morishita: We do get a lot of requests about Grandia and Lunar, especially from overseas. They’re great titles. Even now, if we did a remake, it’d probably do well. The stories are still relevant. They’re still fresh, great storylines. We’re interested in something like that. If we believe we’re able to create a new version, that’s something we can work on. But we have nothing concrete planned yet. We did announce, on the Gung Ho America side, the HD Grandia II. I hope that’s a step in the right direction for people like you.

GamesBeat: Was that move a way of gauging interest, perhaps?

Morishita: It’s something we need to contemplate internally a little further. Whether it’s a remake or a remaster or a while new title. Because we get so many inquiries about it, we feel some pressure. If we were to make a new one, it would have to really kick ass. It’s a lot of pressure on our side.

GamesBeat: Given that there are so many different types of games falling under the Gung Ho umbrella, I would think there’d be a lot of opportunities to put that back catalog out on mobile and digital platforms. Is that something that interests you?

Morishita: We released a few PS classic titles. They’re all in Japanese, not localized, but we’re definitely interested internally in releasing our back catalog digitally, whether it’s on PC or mobile or whatever. I don’t think we’ve released anything on mobile. Maybe Lunar was released on mobile by a different publisher? Yeah. But it’s always a possibility we’re interested in.