I used to resist using the term MOBA because I thought it was too obscure. These days, I’m pretty confident that you’ve all at least heard of the term before.

The multiplayer online battle arena is a newish type of video game that features teams of player-controlled heroes battling each other, towers, and computer-controlled minions, all in the hope’s of destroying the other team’s base. Two MOBAs, League of Legends and Dota 2, are consistently the most-played PC games every month, and they bring in millions of dollars with their free-to-play models.

So, it’s no surprise that we’re seeing a lot of potential competition on the horizon. In fact, it’s getting hard to keep track of all of the upcoming MOBAs. That’s why we created this guide, which gives you a little information on each one (at least those for PCs, not mobile) and tells you how far along it is in development. 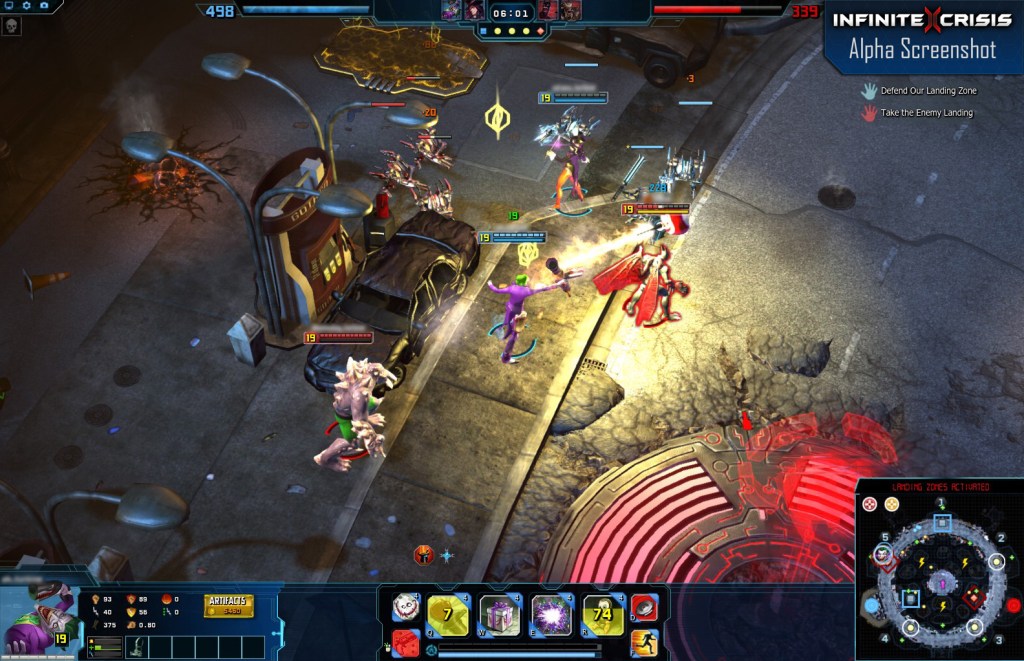 Above: Joke’s on you! Heh, original comic book humor.

Infinite Crisis gives some comic book love to the MOBA formula by adding characters from the DC universe of superheroes and supervillains, like Superman, the Joker, and the Green Lantern. It’s also in open beta, so you can play it right now.

Heroes of the Storm

Heroes of the Storm is Blizzard’s take on a genre that actually got its start as a modified map for its Warcraft III real-time strategy game. Heroes of the Storm brings together characters from its three big franchises: Warcraft, StarCraft, and Diablo. It’s also a friendlier sort of MOBA, ditching the complicated shopping mechanic from League of Legends and Dota 2. 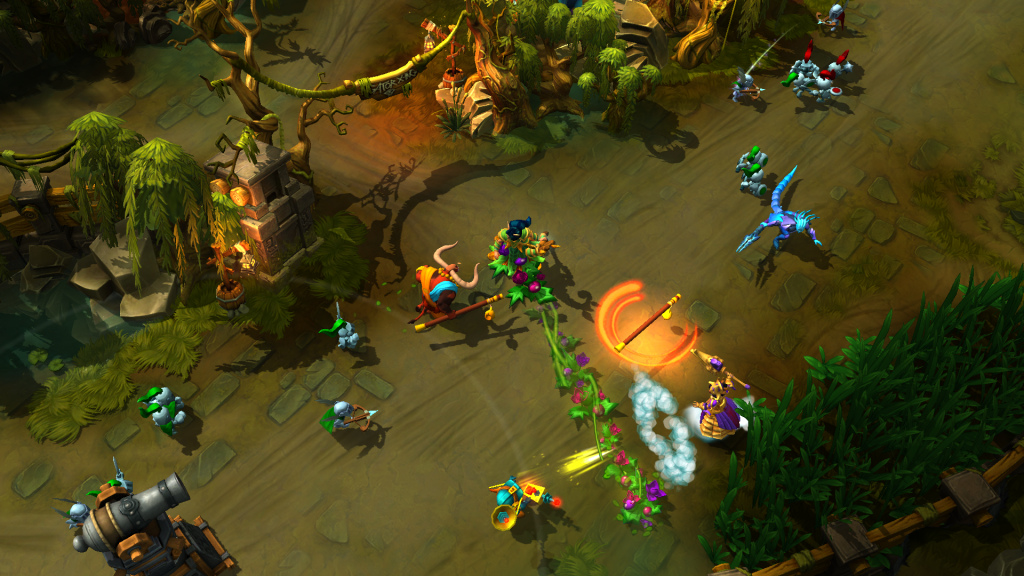 Above: How are we supposed to make a fun acronym out of a name like Strife?

Strife is actually S2 Games’ second MOBA. It already has Heroes of Newerth, a successful if formulaic title that never quite reached the mass appeal of League of Legends and Dota 2. Strife seeks to improve the player experience by removing a lot of the toxicity usually associated with MOBAs. You can only chat with players on your own team, so that elimates at least half of the people who can yell at you. You share resources with your teammates, which S2 hopes will foster better teamwork and better manners.

Dawngate represents megapublisher Electronic Art’s entry into the MOBA arena. It has a similar structure to Dota 2 and LoL, but it promises a stronger metagame with flexible characters that don’t get stuck into specific roles. Since it’s in open beta, you can try it right now. 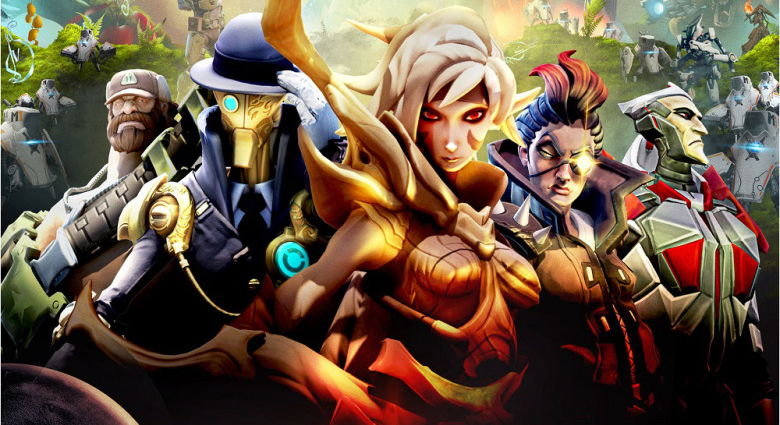 Above: Do you notice how all these MOBA characters start to look the same after a while?

A 2K representative told us that the recently announced Battleborn isn’t a MOBA but rather that it’s a hero-shooter. I don’t buy it. Some publishers seem terrified of the MOBA moniker, probably because they’re avoiding comparisons to LoL and Dota 2 (and thus look like another copycat), so they invent their own genres like “hero shooter.” Well, a MOBA is pretty much nothing more than two teams of heroes fighting against each other. Making it a shooter doesn’t change that. In fact, Super Monday Night Combat is an existing shooter-based MOBA, so it’s hardly unprecedented. I mean, just look at that picture of those five heroes up there. If that doesn’t scream “MOBA,” I don’t know what does.