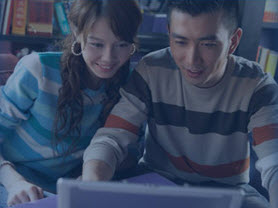 China’s online games market is set to nearly triple to $9.2 billion in annual revenue by 2014, according to market researcher Niko Partners.

Revenue for China’s online game industry was estimated to be $3.57 billion in 2009. That’s just about all of the measureable game revenues for China, since widespread piracy essentially eliminates any offline game revenue. The online game companies such as Shanda Games and The9 are growing fast, leading to huge stock market valuations.

This year, the industry is expected to grow 20.9 percent to $4.5 billion. Most of the games are free-to-play, where players play them for free and then pay real money for virtual items, such as swords, via micro-transactions. That business model, started with online games in Korea, is now sweeping through the U.S. game industry. China has huge numbers of users playing games in its Internet cafes, but each player doesn’t spend a lot of money.

“While the global economic downturn hurt video game publishers in much of the world, China’s online game industry reflected no pain in 2009, and gamers continued to embrace online games as the best inexpensive source of social entertainment available,” said Lisa Cosmas Hanson, managing partner of Niko Partners. Here are some more data points from Niko:

* In China, about 63 percent of gamers surveyed increased their spending on online games in the past year. Some 88 percent of the gamers play games on social networks. About 65 percent use Internet cafes at least part of the time.