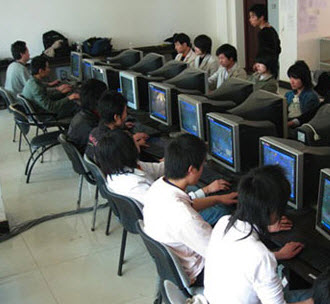 China’s new crackdown on the fast-growing virtual goods industry has many possible outcomes, both good and bad for game publishers.

Those publishers make most of their money through virtual goods transactions. China has more than 298 million Internet users and its online games industry is one of the fastest growing parts of the worldwide game business.

The rule change was interpreted as a ban on gold farming, which is the use of laborers who earn lots of virtual gold in a game and then sell it for real money to people who don’t want to spend a lot of tedious time “leveling up” or gaining powers for their virtual characters. If the gold farmers are eliminated, game publishers will be happy because it eliminates a nuisance for gamers who are annoyed by the unfairness of gold farming, which allows gamers to skip over tasks that others have to undertake.

That could be risky, since the Chinese market is a test bed for new ideas in new business models such as games that are free-to-play and monetize through virtual goods. You can play a game for free, but a more powerful sword might cost you 25 cents.

In China, virtual goods is like the goose laying the golden eggs. The demand for games hasn’t been hurt in the recession, in part because the Chinese game operators make the bulk of their money through virtual currency transactions, which are so small that people don’t think twice of making them. Online game revenues are expected to grow 38 percent to $3.8 billion this year, according to market researcher Niko Partners.

The government said virtual money trade topped several billion yuan after growing at a rate of 20 percent a year. The most popular Chinese online currency is the “QQ coin” issued by Tencent, which has at least 220 million registered users. Tencent said it would support the new rules.

The government said it was concerned that virtual goods have become an avenue for gambling and illicit trade — from money laundering to online theft or fraud. Lisa Cosmas Hanson, an analyst at Niko Partners, said that the new rules aren’t exactly a direct ban on gold farming. But they could have that effect, since the law is meant to eliminate for-profit gaming, which includes gold farming.

She believes that the government is fearful that it can’t reap tax revenue from the unknown earnings associated with virtual-to-real transactions. But she notes that the problem of under-reporting taxable income is endemic through all of China.

But making the practice of trading virtual goods for real money is easy to make illegal, but hard to enforce. The gold farmers may not be affected, Cosmas Hanson said, because of a technicality. Most of China’s gold farmers, who operate in sweatshops with dozens of fellow farmers, operate on servers on foreign soil. The government can only control what goes on with domestic servers, she said.

Juan Carlos Pineiro Escoriaza, director of the film Second Skin (a documentary about living in virtual worlds which debuts in theaters Aug. 7 and on DVD on Aug. 25), filmed a gold farming business in the city of Sanya in the province of Hainan, China.  He agreed that the gold farmers use overseas servers to disguise their activities so that the rule enforcers at game publishers such as Activision Blizzard can’t find and ban them.

Pineiro Escoriaza said that the gold farmers he saw worked in shifts around the clock to earn gold in games that their supervisors sold for real money. He said that it’s possible that 100,000 people are making a living from gold farming. Some of those are in tough conditions, where people work around the clock for minimum wage.

The government may also be concerned that the online currency could become more important than the real-world currency, which would mean that the government would lose control of important parts of the economy.

“Personally, I think it is a control issue,” said Sean Kane, an attorney who specializes in virtual worlds at Drakeford & Kane. “China wants to clamp down on a market that is basically unregulated.”