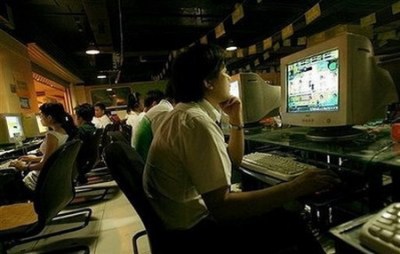 [updated with interview] While sales of console games in the U.S. have stalled, there is no sign of a slowdown in China’s online game market. The country is expected to see online game sales grow 38 percent to $3.8 billion in 2009, up from $2.75 billion last year, according to market researcher Niko Partners.

There are now 58 million game players in China, according to San Jose, Calif.-based Niko. The market is strong because online games are the entertainment of choice in China’s 170,000 Internet cafes, where there are 23 million personal computers.

The company predicts that the online game market will grow at a compound annual growth rate of 26.4 percent from 2009 to $8.9 billion in 2013. The explosive growth is why we’re seeing such success among major public Chinese game companies such as ChangYou, Tencent, Shanda Interactive, Netease, and The9. U.S. console game sales, by comparison, are flat so far this year.

Lisa Cosmas Hanson, managing partner of Niko Partners, said that average spending per Chinese gamer is on the way up. While the number of gamers increased 26 percent in 2008, revenues rose 61 percent. Cosmas Hanson predicts that much of the growth will come from beyond the major cities in areas where home PC and Internet cafe usage are rising rapidly.

Of the 58 million gamers in 2008, about 52.5 million played games online. That compares to an expected 64.9 million in 2009 and 42 million in 2007. Cosmas Hanson said there has been no apparent slowdown due to the recession. Some players are spending less time at Internet cafes, but they also play more at home.

The U.S. console business is still far bigger at $22 billion in revenues in 2008. And Electronic Arts revenue of $4.1 billion still dwarfs the largest Chinese game operator, Shanda, which had revenues of about $501 million in 2008. EA, in fact, is still bigger in revenue than all of the China online game industry.

Activision Blizzard’s World of Warcraft is still the top title and one of the few that makes revenue via subscriptions. China is a pioneer in new business models, such as virtual goods, which is starting to catch on in the rest of the world.

About 77 percent of the revenue in China comes from massively multiplayer online games, or those where thousands or millions play simultaneously in a virtual world with persistent characters. Casual games make up the balance of 23 percent.

Web games and games played on social networks expanded the casual segment, which is distinguished by lighter fare played for a short time. Sales of next-generation game consoles continue to grow, even though consoles have been banned since 2000.

By 2012, Niko Partners predicts there will be 119 million online gamers in China, a 17.7 percent CAGR. The data is based on a the company’s research in 10 Chinese cities during March.