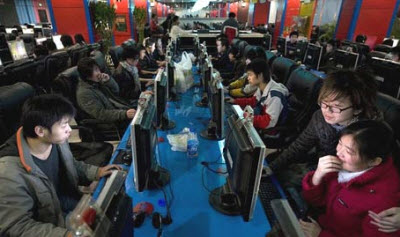 The Chinese game industry is expected to grow 21 percent to $5.8 billion in 2011, thanks to continued growth of the social game market, according to a new report by market researcher Niko Partners.

Lisa Cosmas Hanson, managing partner at Niko Partners, said in an interview that China’s online game market grew 34 percent in 2010 to $4.8 billion. That was more than expected, since China’s social game market grew a lot faster than anticipated.

By 2015, the market is expected to grow to $11.1 billion, said Cosmas Hanson, who conducts exhaustive surveys in the Chinese market and has been covering Chinese games for nine years. Cosmas Hanson said she expects the market to grow at double digit percentage rates for the foreseeable future.

She said she thought the growth rate for Chinese online games would slow in 2010, but didn’t realize how popular social network games on Tencent’s QQ service and other social networks would become. These games are light and casual snacks compared to hardcore downloadable online games that focus on Chinese mythology or fantasy-role playing games. But the social games are becoming popular because they are more “personally social” — in other words, people play them with close friends, Cosmas Hanson said.

“People are jumping on this train, and it is going faster and faster,” Cosmas Hanson said. “They’re fun and free-to-play, and there are a wide variety of alternatives. Younger gamers in particular are playing social games.”

Cosmas Hanson said there is some risk of a lull in user demand for the massively multiplayer fantasy role playing games, which are becoming more predictable. But titles such as Blizzard Entertainment’s World of Warcraft have shown enormous strength.

Revenues from social games were virtually zero in 2008, but they have now risen to become a big chunk of the market in China, just as they have via Zynga’s games such as FarmVille in the U.S. In free-to-play online games (the kind that are popular in China), users play for free and pay real money for virtual goods in small amounts. On average, the percentage of people who pay for a game in China is smaller than in the U.S., and the amount of money they spend is smaller too, given the economic differences between the countries.

Cosmas Hanson said social games are played most often in the home or office, but not so much in internet cafes, where users mostly play hardcore online games.

But China certainly has the numbers, and it has enabled companies such as Tencent to get a market capitalization of around $50 billion. There are a bunch of other publicly traded companies such as Shanda Games and The9 in China, and the number of competitors is growing thanks to growth of the mobile and social game sectors.

Piracy of packaged games remains huge in China. There are an estimated 100 million downloads of pirated games each year, and about 95 percent of packaged games are pirated. And that’s why the online games — where users have to pay in order to get access to digital goods within games — have taken off as a true and legitimate industry.