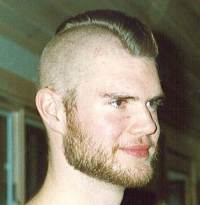 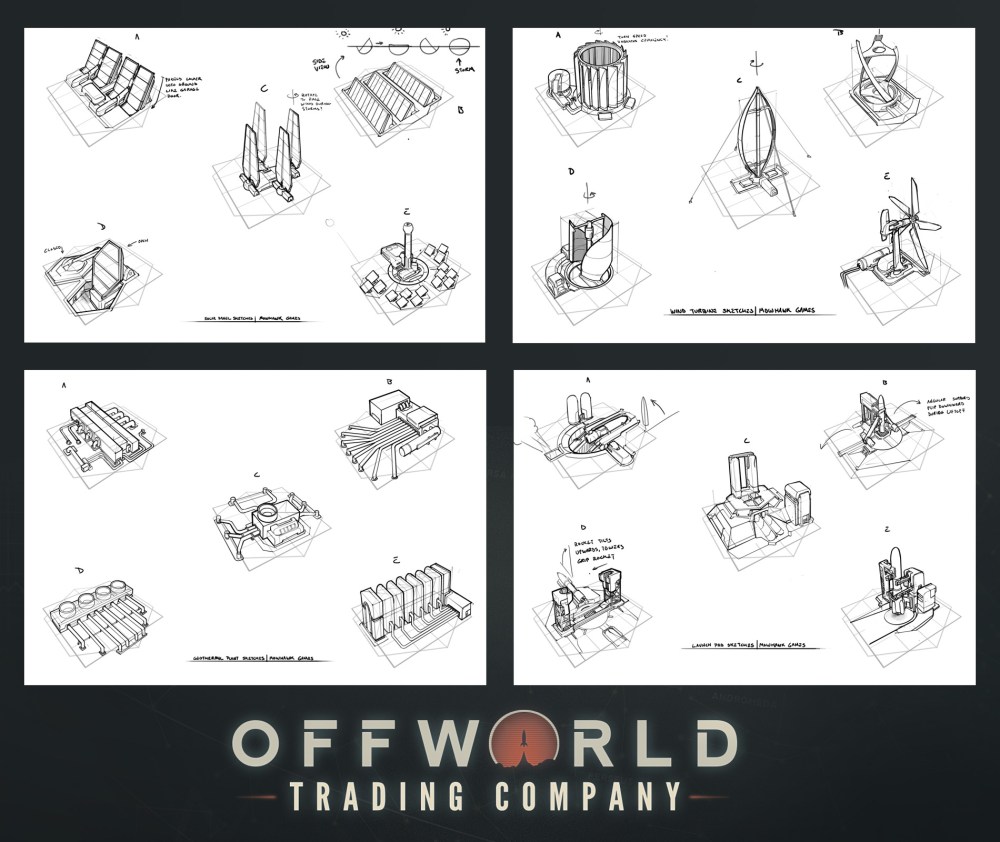 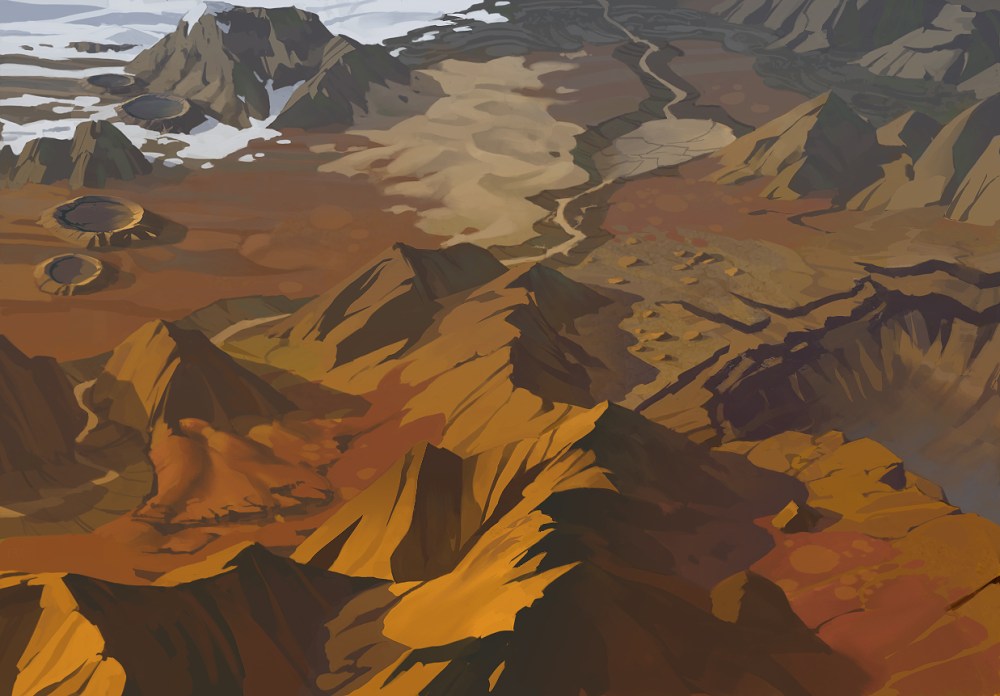 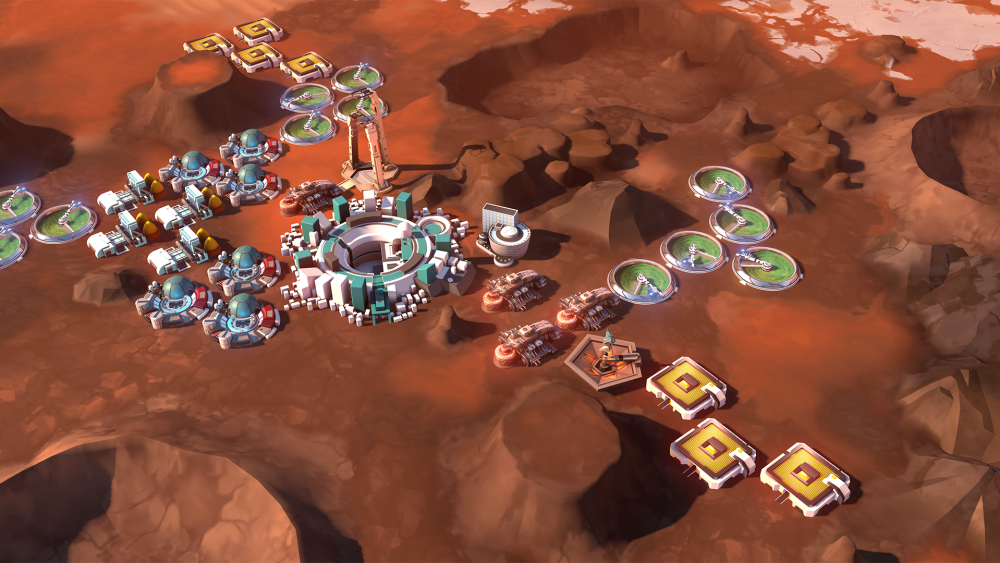 Each Offworld Trading Company game can support up to 8 players, either individually or as part of teams. Right now, Offworld only supports custom games, so if you’re going to play against others, you play by their team arrangements. You may also play against the AI, which Johnson, an expert in the field, modestly says is pretty good.

“I’m still working on it, but it’s definitely been challenging for people,” he says.

So after you decide to make the leap, you purchase your HQ (choosing from types like science, robotics, scavenging, and the like) and position it. You can’t move it once you’ve placed it, and you’ll only gain control of 4-5 claim areas when you plunk it down.

Your objective, in the beginning, is to keep upgrading your headquarters, slowly gaining control of more claims, though even when fully upgraded four times you’ll only have 14-16 of them.

There are 13 different types of resources: some raw and some refined. Five are primary, or raw: water, iron, aluminum, silicon, and carbon. You’ll mine and collect these, creating resources to sell on an open market or to support your workforce. Water is used for food, oxygen, and fuel, for example. Carbon plus silicon makes electronics and so on. The resource tree is inspired by the original version of Railroad Tycoon. Above: Urban sprawl on the Red Planet.

You can’t mine or make everything you need because of those limited claims. That’s where the market comes in. As players (or the AI) buy things, the price of that item goes up. If they sell, it goes down. The game will introduce occasional scarcity and surplus. Your goal is to buy low and sell high while continuing to upgrade your headquarters.

Max out and you can buy access to the offworld market, which isn’t subject to local economic conditions and sells stuff at 3-4 times the price to the asteroid belt.

“That’s when you start doing serious money,” Johnson said, and you can start buying up your opponents’ stock. Get enough and you can make a hostile takeover, grabbing all their stuff.

Those are the basics, but it wouldn’t be a strategy game without a pile of different ways to enact your master plan. Building facilities of the same type next to each other gives increasing bonuses of 50 and 100 percent.

So if you’re playing on a team, where you can share resources, it makes sense to specialize.

My personal favorite, the black market, lets you buy things to mess with people. You can hire pirates to steal from your opponents’ blimps, for example, or set off dynamite or an electromagnetic pulse.

Johnson said the game as a whole has about a year of development left: “Since the game is very playable, we wanted to get it out there for Early Access.”

He’s hopeful that Offworld will do well, not just to vindicate his 25-year quest to make it, but also to possibly create a new market niche for real-time economic strategy.

“I’d love to see other people make games that are like this,” he said. “If there’s room in the market, we’ll be ready to make more. I have a list of ideas that I’m interested in pursuing.”