Supercell is generating a ton of cash from its ongoing successful games like Clash of Clans and Clash Royale. Most of the company is now owned by China’s Tencent. But rather than use its riches to expand its internal staff, the company believes in staying small, according to cofounder Mikko Kodisoja.

Supercell has just 240 employees, and most of them operate in small teams, or “cells,” of five or 10 people. I interviewed Kodisoja at the Gamelab gaming event in Barcelona this week, where he gave a fireside chat. Supercelll has begun its own efforts to invest in or acquire other mobile game developers. It is looking for companies that don’t do the same thing that it does but operate in a way that is similar to Supercell’s own operations.

Supercell’s record is enviable. It made $2.3 billion in revenue from just four games — Clash Royale, Clash of Clans, Boom Beach, and Hay Day — in 2016. That performance is why Tencent acquired control of Supercell at a $10.2 billion value. Supercell bought a majority stake in Space Ape for $55.8 million recently, and it has also taken stakes in Finnish developers Frogmind and Shipyard Games. 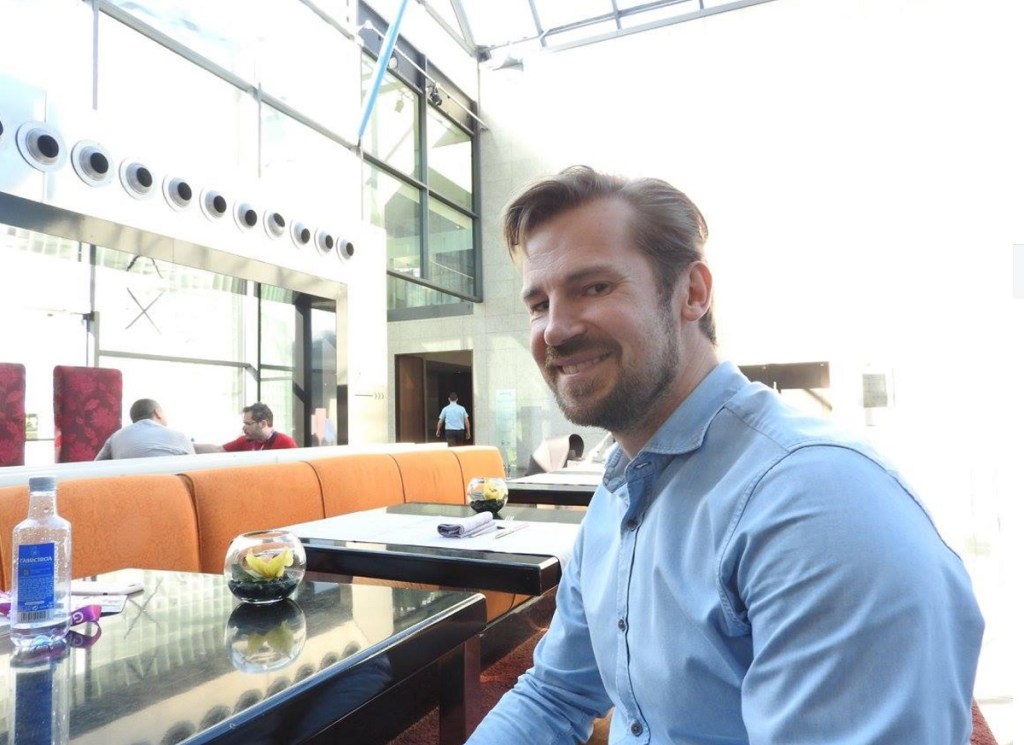 GamesBeat: With your acquisition strategy and investment strategy, can you talk about how you’re approaching that as far as what you think is a good fit?

Mikko Kodisoja: What I tried to say was that — when we look for external teams and studios, first and foremost we’re looking at the team. The team should have a similar kind of culture to what we have at Supercell, so there can be this full ownership for the teams that develop the games. We’ve noticed that works. If you give ownership and autonomy to your teams, they’re willing to take risks, and something good might happen. All the investments we’ve done so far have been into teams that are willing to take risks — maybe not just now, but in the future. They have work in their portfolios that tells us that they can tackle new innovations.

GamesBeat: Are your teams still around five people?

Kodisoja: When they start, it’s about five. I think our biggest team is 16.

GamesBeat: When you look outside, are you looking for teams of similar size? Is that a fit issue as well? You maybe don’t want to invest in teams of 30 or 60 people.

Kodisoja: It depends on what they’re working toward. If it weren’t free-to-play mobile games, but something else, maybe that rule wouldn’t apply. But currently we’re mainly looking into free-to-play mobile, because we think there are still opportunities there. 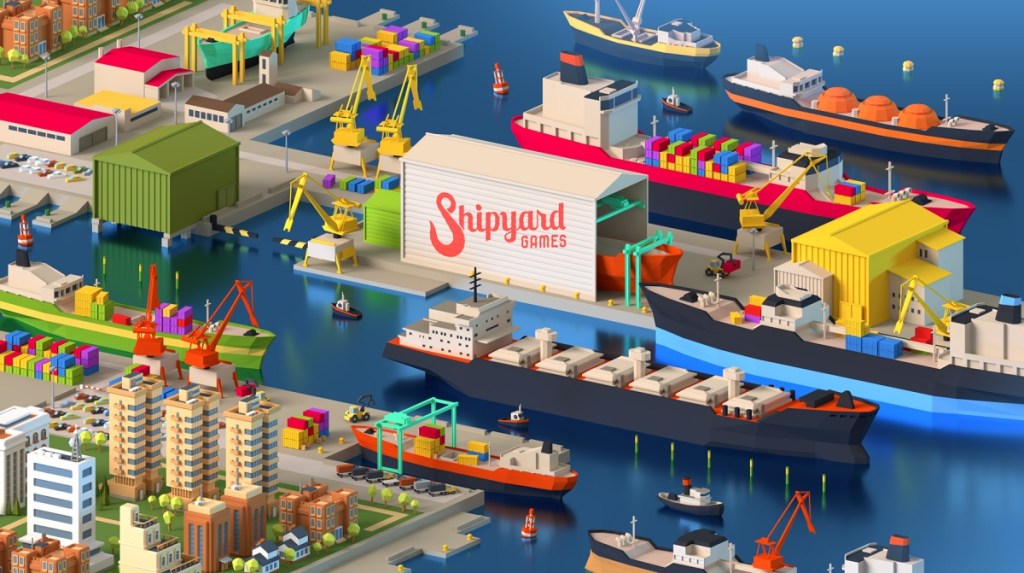 Above: Shipyard Games is based in Helsinki.

GamesBeat: When you look at free-to-play mobile, do you prioritize things that Supercell doesn’t already have? Does that matter?

Kodisoja: Yeah, it matters quite a lot. The teams that do what we do aren’t first on our list. We want to diversify our portfolio and invest in teams that do something different from what we’re doing. One good example would be Shipyard Games, which we invested in. They’re working on a location-based game. That’s something that we’re not focused on ourselves.

GamesBeat: Are you in a particular rush? If you give a team of five people a million dollars, they have an inherent timetable.

Kodisoja: We have to trust the team when we do that kind of thing. One of the key points there is we want to give full autonomy to the team to operate by themselves. This can work as long as nobody has to micromanage everything. That’s how Supercell works now. Teams are responsible for doing their own job. We don’t need extra processes to work around them. The same applies to the partners that we’re working with. 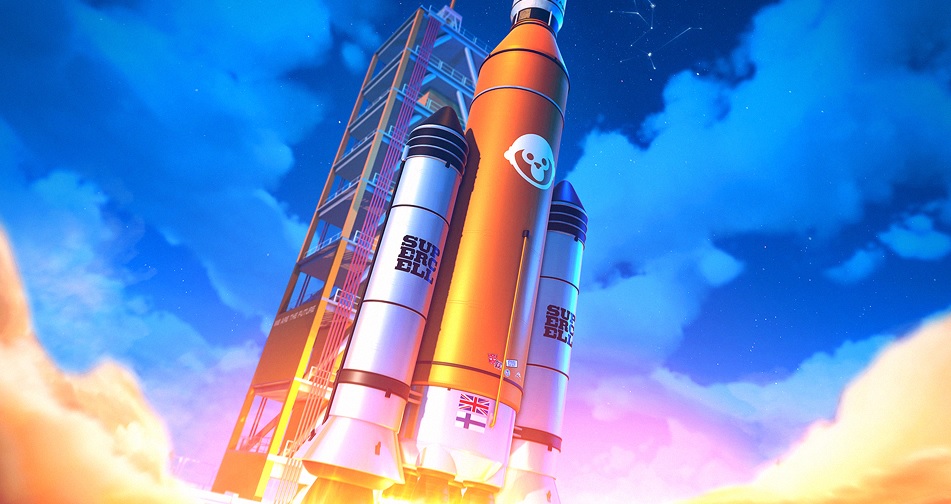 Above: Supercell and Space Ape Games have teamed up as partners.

GamesBeat: Do you see something here that’s scalable, something that can make a big difference for Supercell’s bottom line or your ability to get games out? Is investment better for you than just hiring more people?

Kodisoja: This is the road we’re taking, and one of the main reasons is we want to keep Supercell itself small, to keep things agile within Supercell. We know that if we want to increase our bets internally, we’d have to hire more people into our studio. We might have to do something there. Many of the game teams are now directly reporting to our CEO, Ilkka Paananen, and he only has so much time.

GamesBeat: You have a culture where you kill a lot of games.

GamesBeat: Do you want that to characterize the companies you invest in as well, or would you rather have them ship what they say they’re going to ship?

Kodisoja: We trust that they actually — of course, when we talk with the guys we’re going to invest in, we talk about their vision and what kind of games they want to make. That vision has to align with ours. We want to make games that last for decades, even. People play them and remember them. All the studios we’ve invested in have that same kind of mentality. To accomplish that, you have to be really harsh at times. If the game is not going to succeed — if the retention metrics are lower than expected, for example — then you know that it’s not going to be this kind of multi-year hit. Then you just have to do something to — usually you kill the game, to focus better. That’s something we trust teams to do if they don’t see success. We try to help them wherever we can, but at the same time we have to concentrate on our own stuff. 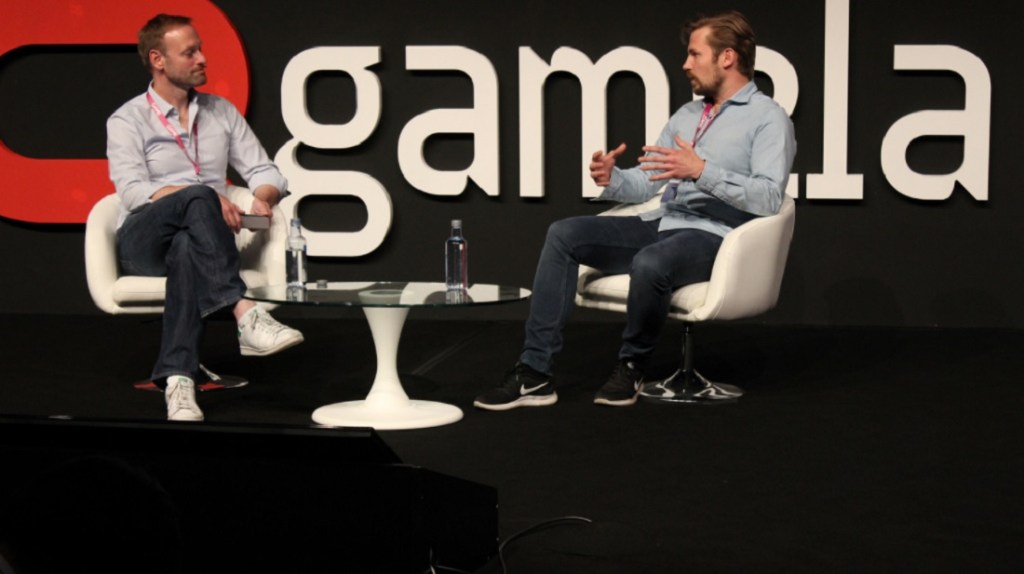 GamesBeat: As far as Supercell’s culture, do you see something distinctly Finnish about it? One thing you don’t do so much as other game companies, you don’t brag about your accomplishments very much.

Kodisoja: Yeah, I guess that is. Maybe — we acknowledge that we have been extremely lucky with our timing. Many times with Clash of Clans, of course, but also with Clash Royale. It was the right time for Clash Royale to hit the stores. It seems that people were ready for that kind of game. There’s a lot of luck involved. Luck combines with the talent we have and that’s made for success. When you acknowledge this situation, you learn to appreciate the fact that — you have to be careful with these things. If you go around bragging about this, maybe karma will come back and hit you. Or that’s my personal opinion. But in general, yes, I think we are pretty humble. There’s a saying in Finnish — the one who tries to climb the highest in the tree will soon fall and hit the lowest one.

GamesBeat: You’re at the top of the industry in a lot of ways.

Kodisoja: Maybe karma is the wrong comparison. [laughs] But seriously, if you start to be comfortable with your situation, you start to lose focus on your work. If you let go for a while, you’ll die pretty fast. We try to keep our eye on the ball and keep going forward.

GamesBeat: I don’t see Supercell taking the fullest advantage of what it might be able to financially do. A lot of companies that have a big hit will take that money and, say, triple the size of their team. They’ll get a lot of major games going at once. I don’t see you doing that. Do you see that as part of your success, that you’re not reacting to success the way an Activision would do?

Kodisoja: Well, Activision is super successful as well. Of course, their headcount is totally different. It’s a different philosophy to how we operate. When we look for developers, we usually look for generalists when it comes to artists, for example — people who can do 3D modeling, 2D animation, not just one specialty. In many other companies they’re looking for specialists to do a certain job. That’s one reason why we can be small, what enables us to be small. It’s a big thing for us, to try to maintain that.

On a conference call I talked about what happened to our previous company when we started to scale up fast. We had to start building more complex processes and so on, and we slowed down while the world was moving faster and faster every day. You have to be agile. You have to adjust. It’s a choice that we’ve made. It might be one of our core values. We think that small is beautiful.

GamesBeat: Another thing a lot of companies do is geographically spread out. Have you ever thought about expanding beyond Finland, or is that also a core advantage for you, that you’re all together?

Kodisoja: Never say never, but for now it’s been — two of the three investments we’ve done are in Finland, but it’s just a coincidence. When we started looking for companies we didn’t know that two of them would be in Finland. One thing we were thinking was, “Okay, Finland’s talent pool is only so big. Maybe we’ll find good teams outside Finland.” But apparently there was good talent inside Finland still. 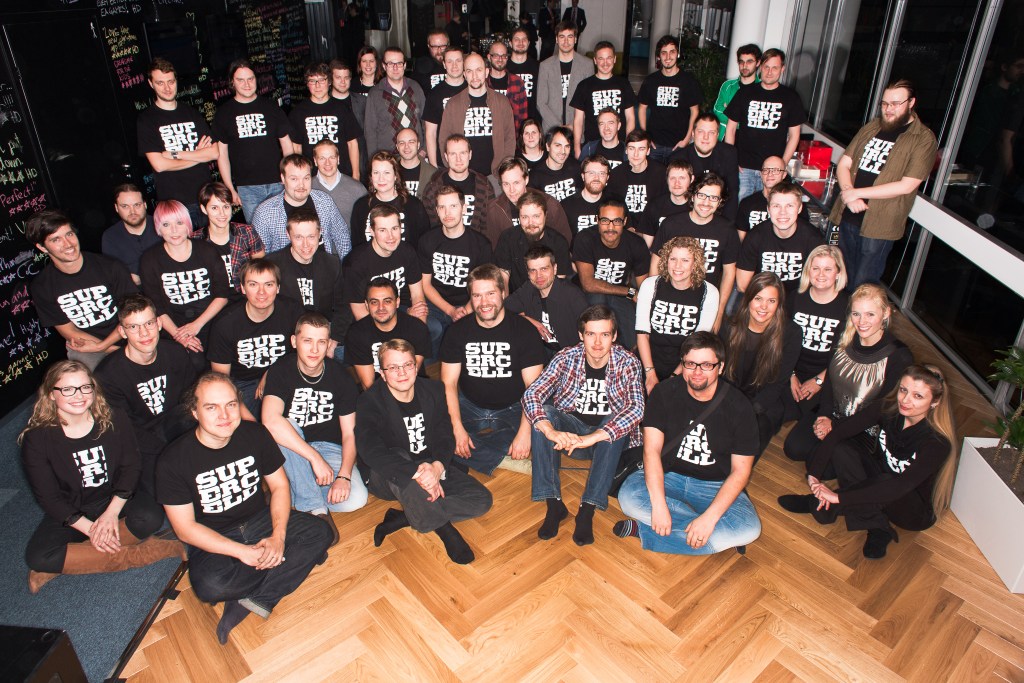 Above: The Supercell team