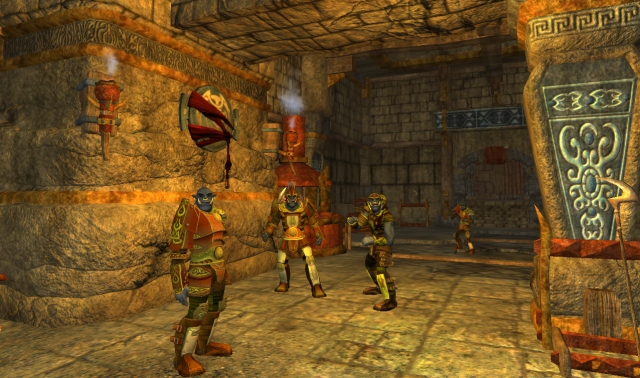 Boy, they grow up so fast: March 16 will mark the 13th birthday of Sony Online Entertainment‘s (SOE) massively multiplayer online role-playing game (MMORG) EverQuest. Sometime during March the business model for the fantasy classic will change from subscription fee to free-to-play, according to EverQuest producer Thom Terrazas.

EverQuest looks dated by today’s standards, but has an enormous amount of content and nostalgia going for it. In its heyday the game had about half a million subscribers. SOE is hoping to lure nostalgic former players who might bring some company back in with them, as Thom Terrazas hopes: “With no up-front costs or required membership, we might see a new player or two along the way.”

Mictrotransaction sales will not be the only revenue source for the free-to-play EverQuest. A monthly $15 fee for the “Gold” plan grants perks like additional game character slots and a monthly allowance in virtual currency that can be spent on in-game items. But this new subscription plan is optional and access to the game doesn’t come with mandatory charges.

Sony Online Entertainment recently switched its former subscription MMORPGs DC Universe Online and EverQuest II to the free-to-play model, resulting in substantial userbase growth. President John Smedley enthusiastically tweeted “F2P FTW” (“free–to-play for the win”) on November 4, 2011 when the number of concurrent users for DC Universe Online was up by 600 percent. EverQuest II saw a 300 percent increase in new players and 200 percent in increase in item sales after the switch to the free-to-play model, according to Smedley tweets from January 10, 2012.

EverQuest set benchmarks for 3D graphics in online games when it came out in 1999. It was so addictive that the term “EverQuest widows” (referring to neglected spouses) became an established industry term. Many modern MMOs like Blizzard’s World of Warcraft cite EverQuest as one of their main inspirations.