I’ve interviewed Cliff Bleszinski quite a few times in my career, but I noticed a little extra pep in his voice this time around. The game designer who’s most famous for his work on the Unreal and Gears of War shooter series has always been a high-energy kind of dude. But this time, he seems higher energy.

Perhaps I caught him at the right time of day. Or more likely, this is due to him recently returning from a two-year break — originally planned to be an early retirement — from the industry. You just get the sense, however, that he’s more excited about what he’s working on now than anything he’s done in quite some time.

He cofounded a new development studio, Boss Key Productions, and Nexon will be publishing its first project, a shooter codenamed Blue Streak (and you can read about how Nexon approached the deal here). With a background almost entirely in triple-A production, he doesn’t seem to worry at all that this will be his first free-to-play game. That’s Bleszinski: exuding confidence (yes, you can call it cockiness), even if it’s his first time in a new sector of the industry.

Energy plus confidence equals a rather long interview. Keep reading to get Bleszinski’s thoughts on: 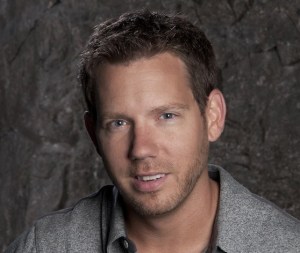 GamesBeat: Please recap for us why you retired a couple of years ago.

Cliff Bleszinski: I had been working, basically, since I was a kid, from having a paper route to working at McDonald’s and a yogurt shop to going to college and working on games all night long until I had enough money to drop out. I essentially grew up in this industry.

You know how when Britney Spears would go out and act crazy and get photographed by paparazzi and all that? That was me acting like an idiot at industry shows in my mid-20s, learning how to grow up and say the right thing and not come across as a child.

My point is that I was just tired. The industry was at such a massive tipping point. [Gears of War developer] Epic was figuring out how to do the new world order. I had saved up enough money to sit by my pool and get fat for a while, honestly.

GamesBeat: In the back of your mind, did you know that retirement would be temporary and that you’d be back in game development someday?

Bleszinski: The idea fountain hadn’t gotten turned off in the back of my head.

When I would travel or even take time off reading, I’d read about some interesting sci-fi weapon in a book, and I’d keep this idea in the back of my head and twist it around to see how it would work in a first-person shooter. Or different settings or environments, all that stuff. I had an idea in my head that married a universe and game mechanics together really well. I’m excited to start doing it.

GamesBeat: Did those seeds grow to the point where you knew you had to get back into it?

Bleszinski: I’m not even 40 yet. As much as I can enjoy sitting by the pool, it gets old after a while. I’ve taken up riding my bike, right? If I go for a superlong bike ride or a run, and then I sit down and play a game or watch a movie, it’s that much more relaxing because you did that work.

Anything worth doing in life is work. That’s why I’m more of a dog person, because dogs are a pain in the butt as puppies, but when they grow into really sweet dogs, you’re the one who helped mold that. The same is true of so many things in life.

There are two moments I want to play up. The first moment is when I put in my notice at Epic and I was getting ready to pack up all my stuff, and some build notes for Fortnite came through. An animation programmer had checked in some new animations for melee and some other tweaks.

I happened to see those build notes in my layout, and I was like, “Man, that’s one thing I’ll miss.” Getting the list and seeing what the programmers have put in, these new goodies to play with, firing it up when I get in, writing a bunch of notes, sitting down over the shoulder of one of the developers and going over tweaking this and reworking that. That’s compelling as a game developer.

The other moment was remaining friends with the guys at BitMonster, six guys who left Epic to go do mobile games. We’re having a pint with them in downtown Raleigh and went back to their office. We’re looking at the differences between Titanfall on an Xbox One versus a high-end PC — the lighting differences, the texture quality. That interoffice camaraderie is something that I didn’t realize I missed.

GamesBeat: Has that downtime given you any different perspective on game design itself?

Bleszinski: This was creeping in my head toward the end of Epic. I used to be about flash, about making people cry, about hitting that musical crescendo and all that. Now I’m all about systems interacting with systems. Traditionally I have not been a very good designer of that kind of thing. One of the positions I’m looking to fill at Boss Key is somebody who understands the crafting and implementing of deep systems like that.

It always goes back to getting to that [World of Warcraft publisher] Blizzard level of tremendous depth. I’ve played a lot of Hearthstone recently, and I know I’ve only scratched the surface after playing it for a dozen hours. It goes back to the greatest games of all time, like chess and go — easy to learn, a lifetime to master. That’s the pinnacle of game design.

Not having a project to promote, not having an agenda has allowed me to take a step back and look at where the industry is going more objectively. I went to [industry trade show] E3 for the networking, but I see the entire thing as largely a waste of money. It’s a model that’s eventually going to die. I see developers killing themselves for these stage demos, and that’s a moot point in this new world order that we’re in. 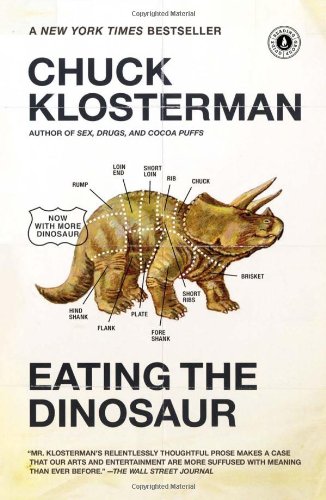 GamesBeat: Did you experience anything in your time off that’s changed or heavily influenced you? It could be something that you saw, a place that you visited, a game, movie, or book?

Bleszinski: It’s basically been reading. Let me grab my Kindle, and I can read you off a list.

I read the first book of the “Swarm” series. I read “The Lean Startup,” which was recommended if I was going to get back in the business. I’ve read some biographies. It makes you insightful about your own life and what your own art is going to be, especially as I’m going on what’s essentially act two of my professional career.

Let’s see. “Eating the Dinosaur” by Chuck Klosterman. “All You Need Is Kill,” before I saw the film [“Edge of Tomorrow”]. Sci-fi is in my DNA. As much as I like fantasy — I have this huge dragon tattoo on my back — I always go back to sci-fi.