Bleszinski: Phase one was throwing whatever you could at the wall and seeing what stuck — whether it was coherent or not, whether it made absolutely no sense. That’s the Jazz or Unreal phase. A lot of it, especially with Jazz, was taking what I like and twisting my own spin on it. There was clearly a lot of that Gunstar Heroes, Sonic the Hedgehog, Ristar vibe in what I was doing with Jazz.

When you look at the Unreal series, we always used this philosophy of zigging when other people were zagging. You can’t have a shotgun, but you can have the flak cannon. I have a saying – when you spend all your development time figuring out what players think you need in your game — things like standard shotguns — you’re not putting in the features that make your game unique.

Gears was caring a lot about gameplay but also caring about how cinematic it was. A lot of that — especially around 2006 and 2007 — was the result of a continued Hollywood envy, that insecurity that the video game industry suffers. 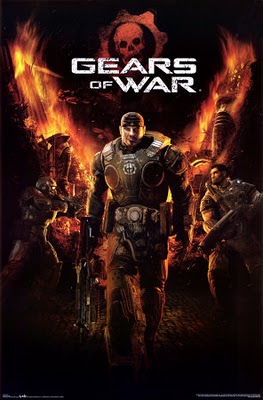 When I was at Epic and we’d have a weekly meeting and do Q&A, when the Gears movie was being worked on, the number one question from people was, “How’s the movie coming?” For the majority of those developers, it wasn’t cool enough to tell their parents that they made video games. If there was a movie based on their video game, suddenly there was legitimacy.

Going forward to where I am now mentally, for me it’s all about the player-to-player interaction. What kind of unique YouTube game-winning moments can this yield?

As we start to reveal the game’s design, a lot of that is tied to things that I’ve learned from watching pro football, becoming a big fan of football on Sundays. This isn’t to say I’m going to make a sports game, but there’s so much to be learned from the fan loyalty, the branding of the teams, the player personalities, the broadcasting, the rules of the game. Things like introducing randomness with that initial flip of the coin or the shape of the ball. All of those things are a massive influence on what I’m doing going forward — how we can get the most compelling player-versus-player arena shooter.

GamesBeat: It’s funny that you say that, because the last time I interviewed you, when you first went into retirement, you talked about getting into pro football.

Bleszinski: Here’s the thing. When you look at people gathering in bars to watch the World Cup — I don’t remember the World Cup being this much of a deal the last time. Maybe I just had blinders on. Maybe social networking wasn’t as big four years ago. But at pubs downtown in Raleigh, people who don’t normally watch soccer get caught up in it. It’s the same if you’re at a sports bar in North Carolina in March, getting caught up in the college basketball tournament. It’s the tribal nature of humanity. People want to be a part of something.

I was watching the enthusiasm of the fans at the Evo championships in Las Vegas last week. That’s absolutely amazing. The reason why people want to get into it is this tribal nature. It’s getting into something that everyone can be a part of, based on game experiences that are simple at first — anybody can kick a soccer ball — but when you look at the ultimate skill of the people who play in the World Cup or the people who play in EVO, there’s no real ceiling to how good you can be.

To have that level of skill, to make a game experience that allows for that — I want to get back to an experience where anyone can pick up a weapon and shoot somebody, but the right players can pull off stuff that will blow your mind.

GamesBeat: You said that you’re not building Blue Streak to be an eSports game, but it sounds to me like you might secretly love it if it blew up and became a huge eSports phenomenon. 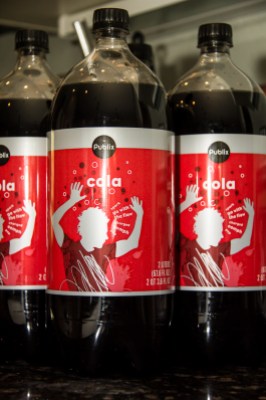 Bleszinski: Anybody would love that. Everybody would love to make a MOBA [multiplayer online battle arena] that becomes an eSport right now. I like MOBAs. I appreciate them. I just don’t understand why everyone is still chasing them. It’s like my whole cola theory. You have room for Coke, Pepsi, RC Cola, and then everything after that is Publix brand cola, right? There’s only room for so much in that area.

So, would I love to make an eSport? Absolutely. I used to go to some of the Quake tournaments in Dallas and other places, watching people like Fatal1ty playing professionally. They didn’t set out to make that at Id. They set out to make the most airtight multiplayer game possible, and then the community rallied behind it, and then it made that magical leap. You can’t force that. Part of it’s the right place and the right time, but it comes down to making that airtight, easy to learn, difficult to master game that players can shine in.

GamesBeat: You’ve been honest about enjoying the fame and attention you’ve gotten in the game industry over the years. Do you think that’s changed you, either as a designer or as part of a larger creative team?

Bleszinski: It’s a blessing and a curse. It attracts a certain amount of talent, but as I build the studio, I don’t want to surround myself with a bunch of yes men or a bunch of sycophants. I need people who know when to question me at the right time and know when to let me do my own thing with the company.

From that end, when I left, I didn’t have the PR person on the call taking notes and cringing occasionally. I was able to be brutally honest about the state of the industry. For those people who were fans of my work and the things that I say, it bolstered their confidence. But at the same time, it created a certain amount of ill will among gamers who just wound up seeing a pull quote or a headline without reading the full explanation of why things are the way they are.

I’m now the one looking at the bank account. I’m the one calculating the burn rate. I’m hiring all these talented people, some of whom have children they need to feed. No pressure. You need to make a great game and build a great community that hopefully makes money for those employees you’ve brought on board and relocated.

One thing about being visible, though: It’s been extremely useful for attracting talent.