The company isn’t describing the game yet or its genre, but cofounder Tyler Cloutier said in an interview with GamesBeat that the studio is a big believer in cross-platform gaming. It will blend social interaction and cooperation, and feature building and non-combat roles.

Cloutier and Alessandro Asoni started the studio in 2019 after working at places like Machine Zone, maker of games like Game of War: Fire Age and Mobile Strike. AppLovin acquired Machine Zone in May 2020 for $500 million.

The backers are an impressive lot. They include Supercell and Skycatcher, alongside support from angel investors such as Hilmar Pétursson, the CEO of Eve Online maker CCP Games, and Unity cofounder David Helgason.

“We went after investors that we felt had a strong understanding of the space and that had done something really awesome in it. If you look at Supercell, for example, they’re preeminent in social mobile games, and making sure that players have a great time at a game,” he said. “We also have angel investors like [Pétursson], which is perhaps the closest thing to a sandbox MMORPG that’s out there. And they were super-excited about what we could do with something new in different space.” 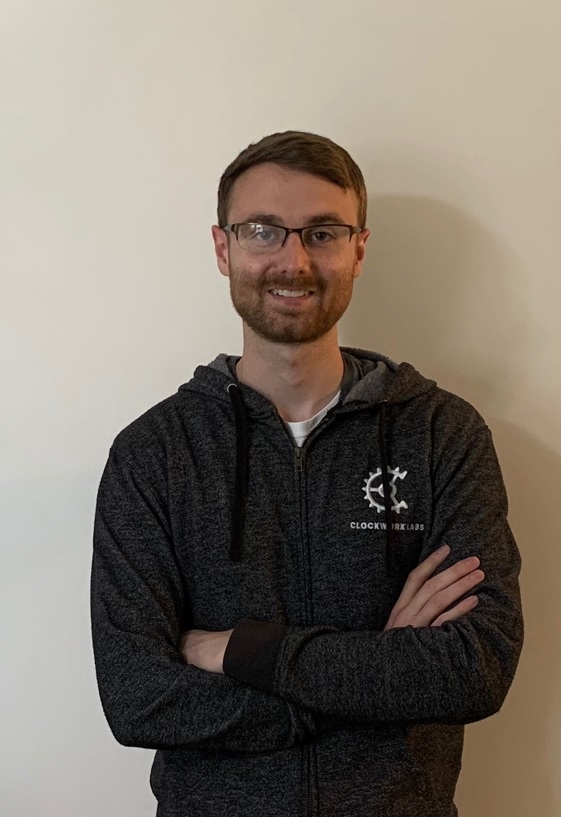 Above: Tyler Cloutier is a cofounder of Clockwork Labs.

The headquarters is nominally in San Francisco, but Cloutier said the studio is operating fully remote, with employees all over the world.  The team has talent from companies such as Ubisoft and Kakao Games. The team has 14 people, spread across North America, Europe, and even South America.

“We have a trust-based organization,” Cloutier said. “We have meetings everybody every day, we just quickly go through what we’re going to do for the day. And then beyond that, we say very close contact on Discord. So it’s super-easy to pop into a meeting.” 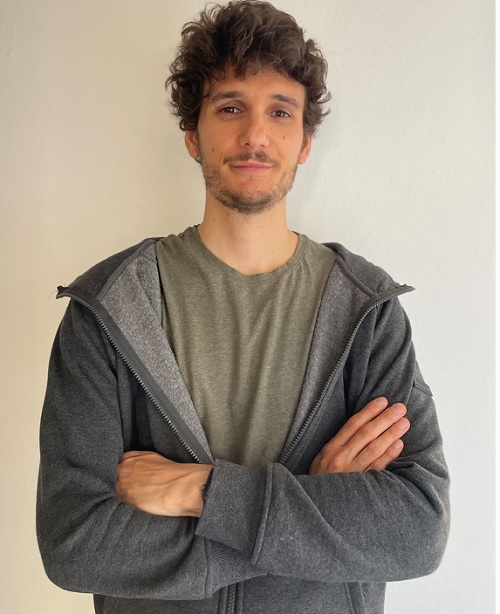 Above: Alessandro Asoni is a cofounder of Clockwork Labs.

The company is dedicated to building MMO “societal games” that are less focused on combat and instead encourage social interaction and cooperation between players.

“We had had this idea for a game kicking around, and we ended up going for it. That’s how it all got started,” Cloutier said.

He said a lot of games already offer great combat experiences. But he said the team believes an underserved community of people like some of the peripheral stuff in MMORPGs. And that’s what they’re focusing on. That doesn’t mean it won’t have any combat.

More details about the game and its genre will be revealed at a later date. The team is hiring.

Cloutier was a senior data science engineer at Machine Zone, which focused on making strategy games that emphasized social interaction and monetized well.

Cloutier led a team of engineers to re-create a real-time streaming reinforcement learning system to control in-game actions. While there, he worked on Game of War and Mobile Strike. Earlier in his career, Tyler also worked as a software engineer at Apple.

Asoni was a senior software engineer at Bloomberg, where he designed high-throughput bond pricing systems.

“We want to encourage players to be able to build their own worlds, rather than having developers handcraft everything and put a huge amount of effort to content creation and so on,” Cloutier said. “We have a strong emphasis on player-created worlds and player mechanics. And we think it’s that’s both incredibly powerful for creating content in the game but also key to give players a new way to play with each other. And we want to harken back to sort of the old mission of MMOs, which is to get a bunch of people to become real friends in the game together.”

Cloutier said he learned a lot at Machine Zone in performance marketing, making sure that players stay in the game and what makes them stay.

“It’s essentially the social interactions and making real friends that essentially is what keeps you in a game,” he said.

Cloutier believes that Machine Zone was good at creating chat rooms where players could talk to each other.

“We’re focused on is making a game experience that’s broadly attractive to a larger audience,” Cloutier said. “There’s a focus on building, certainly, and constructing and joining with your friends to build something and then also meeting new people. While there is a huge value to combat, we want to give full attention to things like crafting and role-playing and allowing players to trade and do all sorts of the peripheral things that do not normally get full attention in games.”

While the company will favor user-generated content, it’s not going so far in that direction as Roblox and Minecraft are doing.

The company has been testing prototypes since the end of 2019. The name Clockwork refers to how the company wants its software to work smoothly and be experimental at the same time.