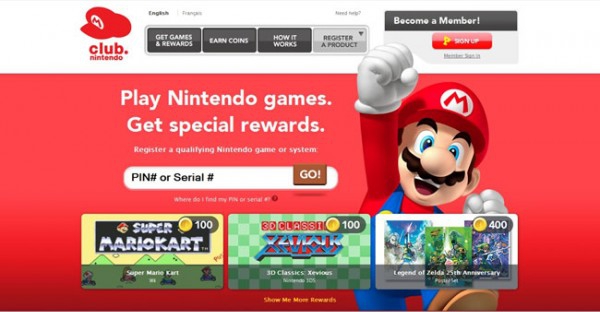 Club Nintendo has recently expanded their selection of rewards to include downloadable titles for the 3DS and the Wii.

One of the most common complaints leveled against the North American Club Nintendo, a rewards program for loyal customers, has been its lack of valuable content for members who spend their hard earned cash on Nintendo games. The Gold and Platinum rewards have ranged from calendars to life-size Mario hats over the past few years, but many members still were not satisfied. It looks like Nintendo is trying to change that.

Nintendo has been responsible for increasingly positive headlines recently, from the out-of-left-field Xenoblade Chronicles announcement to the surprisingly adequate list of GBA games making their way to the 3DS later this month. Now Nintendo fans have yet another piece of (possibly) good news, with a set of four downloadable games at Club Nintendo: two for the Wii and two for the 3DS.

This is the current list of games and their respective prices:

For those not familiar with the exchange rate of Club Nintendo Coins, the registration of a typical Wii game, such as Skyward Sword, will net you 50 Coins. A new system (Wii, 3DS) is worth 160 Coins, downloadable WiiWare and 3DSWare games can be worth between 10 and 20 Coins, and post play surveys of games already purchased are worth another 10. In other words, there are plenty of ways to accumulate these points, and no one will complain that the Club Nintendo catalog is growing, but the relative price of the software is certainly skewed.

These games will only be available until January 10, at which point a new slew of downloadables will be unleashed. Until then, it might be worth investing in some of the more appropriately priced rewards, including a gorgeous set of Zelda 25th Anniversary posters or Peach and Mario notebooks. Hopefully next month will see either lower priced or more valuable games in the Club.