LONDON — A panel of Mojang developers speaking at Minecon 2015 teased a number of new features being developed for Minecraft, though they didn’t give a specific timeline for their release.

Here’s a quick rundown of some of the more notable elements in the works:

The general feeling at Mojang is that the current Ender Dragon “isn’t much of a fight.” So, they’re working on making it harder to kill. Much harder.

The devs didn’t give specific details on what you’ll have to do kill it now. But you will be able to get the Ender Dragon to respawn by crafting a set of crystals to place on the top of a series of pillars. The team also promised a surprise, involving “something about his breath.”

Mojang plans to dramatically expand “The End” of the game by increasing from one island to “many, many other islands.”

You still get to The End by defeating the Ender Dragon, but you have to find something called “The End Gateway” to reach the other islands.

At least one of the islands shown uses yellow and purple for the blocks. A slide of the island showed tall purple plants called “chorus plants.” These can be farmed for fruit, which in turn can be used to create more purple blocks. 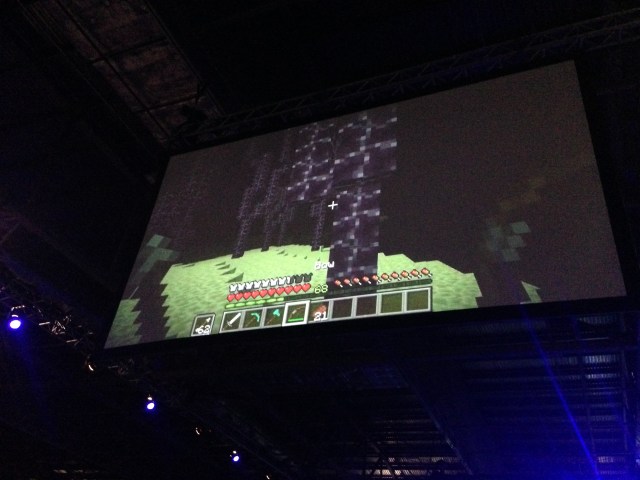 Above: The Minecraft chorus plants.

A mashup of “shell lurker,” the shulker is a box that camouflages itself in the environment. When opened, a creature shoots out that takes erratic paths toward attacking characters. These are fast-moving creatures that leave behind a trail of what looks like smoke. 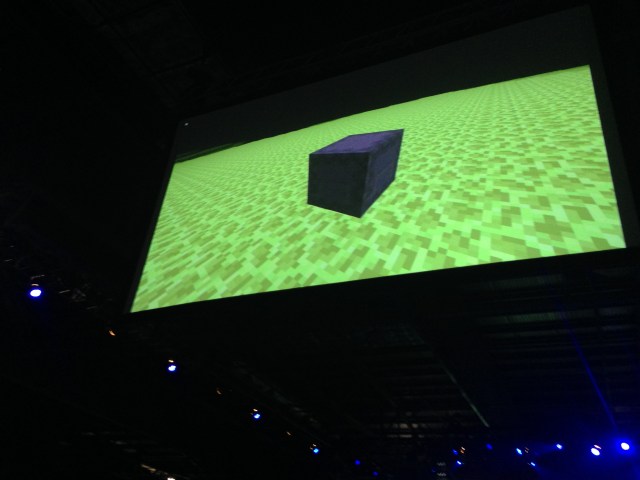 Above: A shot of the shulker. 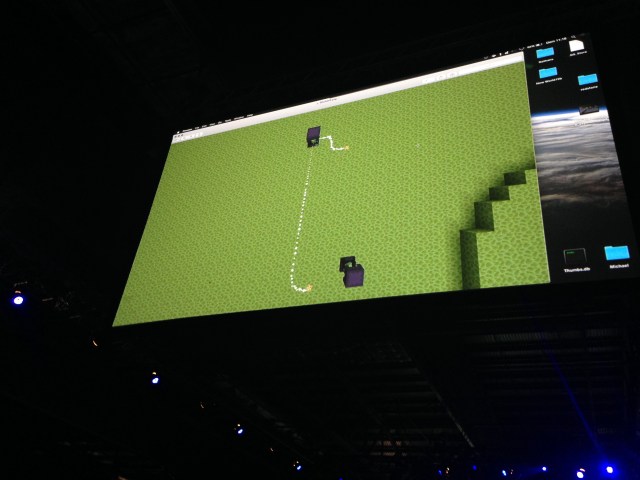 Above: The shulker emits a creature. 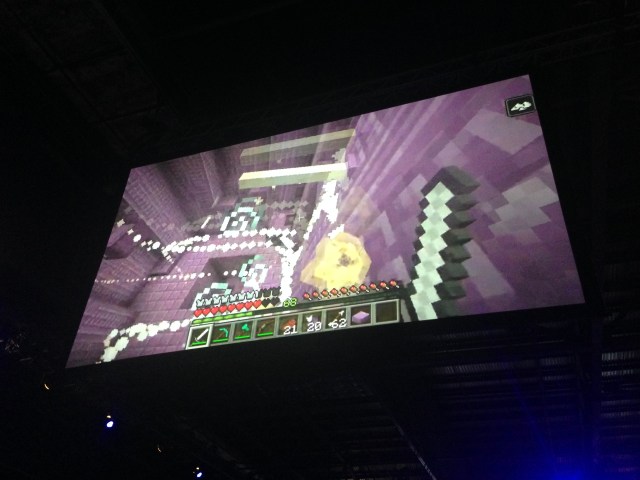 Yes, mods have existed for this. But now, dual-wielding will be baked into Minecraft. You can hold two things at once, like a torch and axe for mining underground, a shield and sword, or even two shields that can basically offer almost unlimited protection by letting you turtle under them. Mojang promises to make it easy to swap between these multiple options. 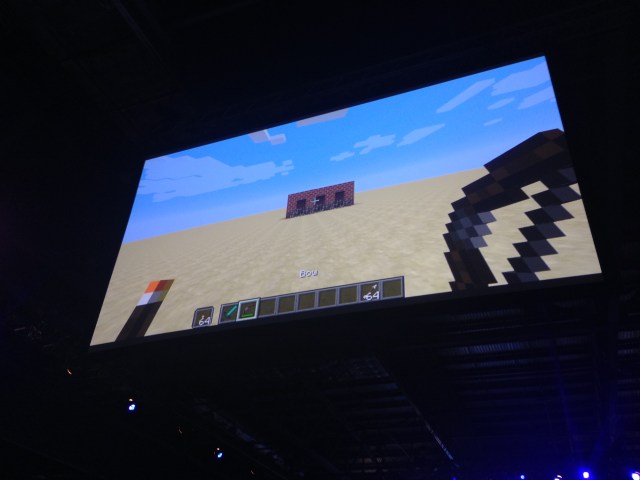 Above: Dual-wielding in action.

When you hit someone with spectral arrows, they glow. The arrows let you track someone and even see their outline through other blocks and objects. If you’ve been hit by one, it will make it almost impossible to hide from your pursuer.

Mojang is in the process of making redstone work with the Pocket Edition of Minecraft, though no firm timetable exists as to when this feature will be available. Some hints came out indicating it might be sooner rather than later, however.

The day before the panel, Microsoft and Mojang announced that the Windows 10 beta edition of Minecraft would be available on July 29. This is the first step toward building a single, unified version of Minecraft that is the same across every platform where it can be played.

But in the short term, it’s going to be interesting to see how it’s received by fans. The companies appear to be taking a cautious approach on how they are rolling it out with the extended beta that will be free to current players and $10 for new players.

The Windows 10 edition is built on the Pocket Edition, which is the more stripped down version of Minecraft designed primarily for mobile devices. On the upside, it will feature console controller support, touchscreen support, and mouse controls. But, it will initially lack many of Minecraft’s richer features. It seems the companies want to see how players react and which of those features need to be built back in the fastest.

Eventually, the companies want to have a single version of Minecraft across all devices and consoles that lets players have a unified, seamless experience.

“Like the first release of Minecraft all those years ago, this version will develop and evolve over time with the help of [players’] feedback,” said the Mojang blog. “That’s why it has ‘Beta’ in the title — because it’s not quite finished, and will become even more fun over time. Just like the other versions of Minecraft, all future updates will be free.”