Who knew that the biggest thing holding card games back all this time was the actual cards.

Like the multiplayer arena battle games (such as Dota 2 and League of Legends) before it, digital card games are quickly becoming the next big thing. Of course, the idea of digital card games as a genre is kind of silly, since each one can vary significantly from the other.

That’s why we’ve decided to do a comparison piece on three of the most popular digital card games currently on the market, Hearthstone, Magic 2014, and SolForge. Immediately below you’ll find a chart comparing and contrasting some of the basics, and then below that we’ll look at each game a bit more individually. 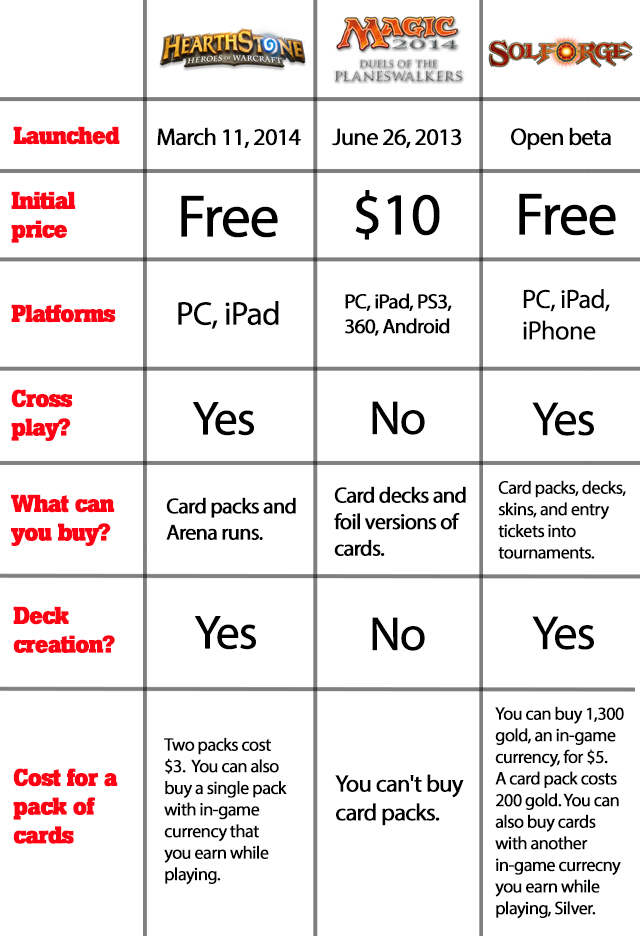 Above: A battle of cards in Hearthstone.

Hearthstone also has an interesting mode called Arena. You can either use an in-game currency you earn while playing or spend real money to start the mode, which has you craft a new deck out of random cards. You then see how long you can last against other Arena players before losing three times. The more wins you stack up, the better your rewards.

Hearthstone also lets you craft cards. You can disenchant unwanted ones for Arcane Dust, which you can then use to make any card you can want. Of course, the best ones require a lot of Arcane Dust.

Magic 2014: Duels of the Planeswalkers 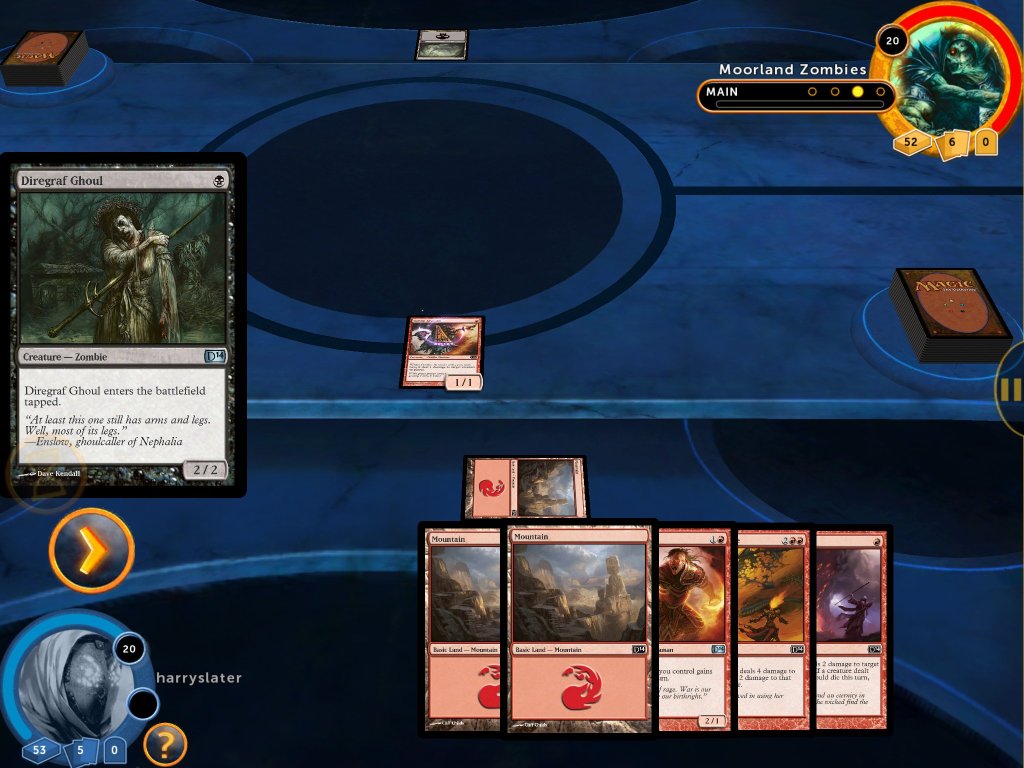 Magic 2014 is the latest digital version of Magic the Gathering. Magic 2014 has a very different approach than Hearthstone. It isn’t free-to-play. Instead, you buy the game for $10, which gives you access to all of the features, including online multiplayer, and some preconstructed decks. While you can modify those decks a bit, you can’t buy digital card packs and make your decks.

The Magic series also releases sort of like a sports game franchise, with a new installment coming out each year. Each one has new cards and features, but you have to pay the price of entry again.

However, Magic 2014 does have a new mode called Sealed Play. Similar to Hearthstone’s Arena Mode, it enables players to create their own decks from picking out of random card choices. So while you can’t buy digital card packs and make your own decks that way, Sealed Mode gives you a decent alternative.

Also, while Hearthstone lets you transfer your progress from the iPad and desktop versions, Magic 2014 is static across all of its platforms. However, Magic 2014 is available on Android devices and consoles, specifically Xbox 360 and PlayStation 3. 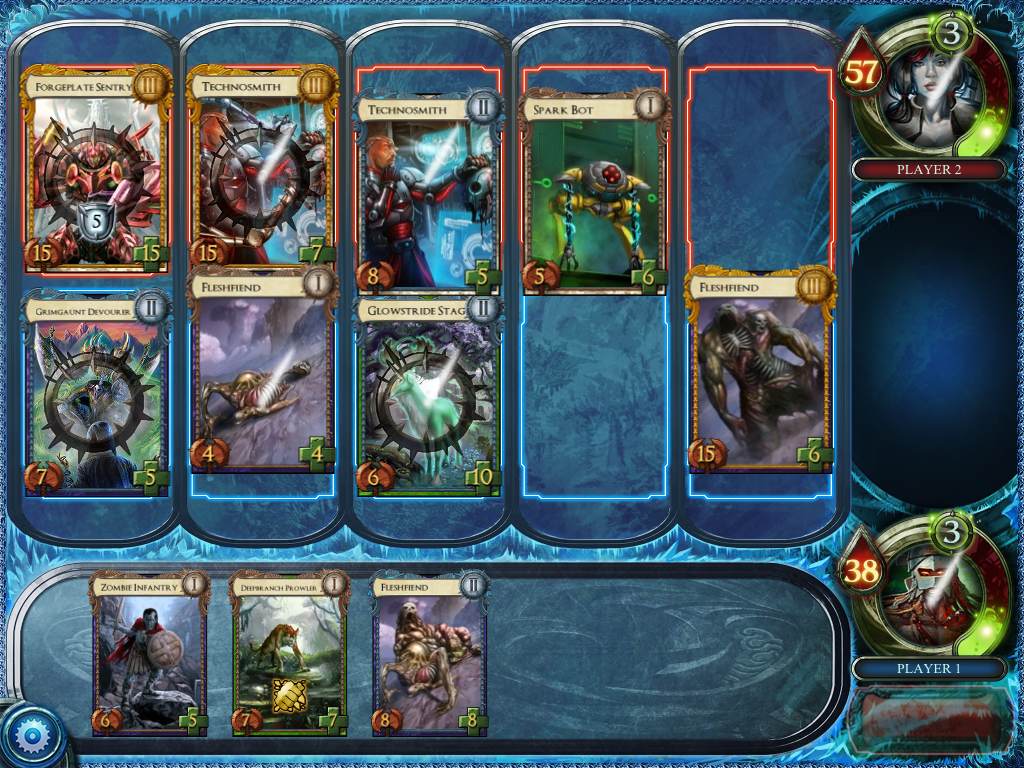 Above: The SolForge card field.

SolForge has a Tournament mode. Similar to Hearthstone’s Arena, you have to buy access, and your success in it can grant you rewards. However, in Tournament mode you use your own decks instead of having to create one from scratch.

SolForge is a good choice for players who are looking for a free-to-play experience that deviates more dramatically from the Magic the Gathering mold. However, it’s presentation is noticeably not as flashy or slick as Hearthstone’s or Magic’s.

That covers those three games, but like I said earlier, this is an emerging genre. Digital card games are showing up all over the place and with tons of variety, often mixing the formula with mechanics from board games and RPGs. Hopefully, more of them will emerge as popular pieces of entertainment. If they do, we’ll happily revisit this feature and add some more titles to the mix.