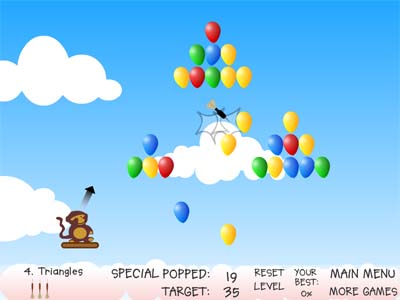 Free online games had a big surge in 2008, thanks to the ailing economy. Market researcher comScore reported today that the U.S. audience for online gaming sites grew to 86 million visitors in December, compared with 67 million a year ago.

Yahoo Games ranked as the No. 1 game site with 19.5 million visitors, up 20 percent from a year earlier. EA Online came in second with 15.4 million, up 21 percent. Disney Games came in third with 13.4 million, up 13 percent, while Wild Tangent came in fourth with 13.3 million, up 74 percent. One of the fastest gainers was No. 10-ranked Spil Games, which saw traffic grow 269 percent to 6.7 million visitors.

Edward Hunter, director of gaming solutions at comScore, said that ad-supported games are one of the recreational activities that has benefited during the economic downturn. He said gamers had clearly shifted their buying patterns from paying for games to using free games online. That explains why the dollars fell 14 percent for retail sales of PC games in 2008, according to the NPD Group.

However, it’s worth noting that the console video game industry grew 19 percent to $22 billion in 2008.

One positive thing is that online display ad views (in November, 2008) for online games grew 29 percent to 8.6 billion, due to the increasing number of visitors in the category (up 30 percent to 67 million). The average gamer sees 127 ad views each. That means that ad agencies and other advertisers are starting to recognize the value of gamers, who are highly immersed and engaged when playing games.

Please check out our game conference, GamesBeat 09, coming on March 24.