Concrete Genie is coming out its long and dark journey through development, and the unique action-adventure game is bringing a lot of light and pretty imagery with it.

After four-and-a-half years of development, this from Sony’s Pixelopus is coming to the PlayStation 4 on October 8 for $30. I tried it out at Sony’s campus in San Mateo, California, and I also got a tour of studio. And I think it was all time well spent.

Concrete Genie is about young artist who goes through a psychological journey, trying to restore the lost beauty of his town and fending off the bullies who want to destroy his art. The colorful paint is like a metaphor for his imagination, but the bullies bring darkness and negativity that can hold him back. The boy has to break free, and as he does so, he restores his town, much like you do in Thatgamecompany’s Flower, a PlayStation 3 title from 2009. 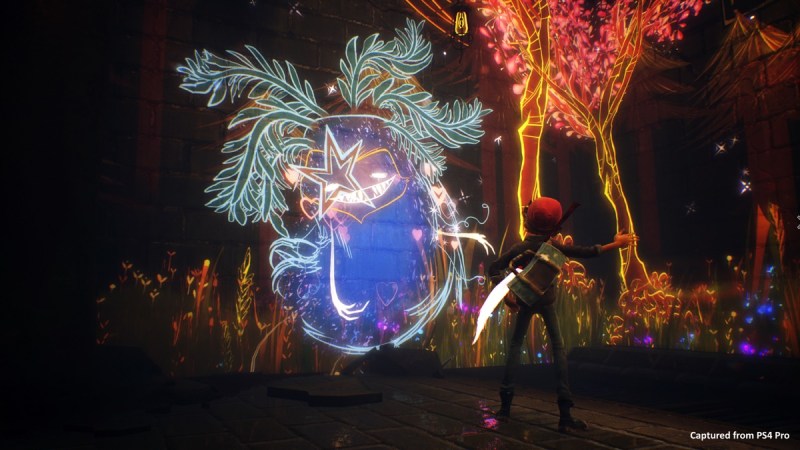 Above: Ash interacts with the genies in the walls in Concrete Genie.

Concrete Genie introduces you to the character Ash, a young artist who escapes his troubles by painting spectacular living landscapes. He is sketching imaginative pictures of creatures when a gang of bullies comes along, steals his sketchbook, and scatters the pages. They harass him more and put him on a sky trolley to the abandoned town of Denska.

There, he encounters one of his sketchbook pages and runs into a genie, a creature on a wall that comes to life after it asks Ash to paint a colorful scene. That introduces the player to the main mechanic of the game, using the motion controller to paint walls. You can select a stencil, like green grass, and spray it onto the wall using a motion gesture. Then you can switch to apples, flames, trees, stars, suns, tulips, or other natural things that bring zest to the drab walls. As you find more of Ash’s sketchbook pages, you can add new things to paint. 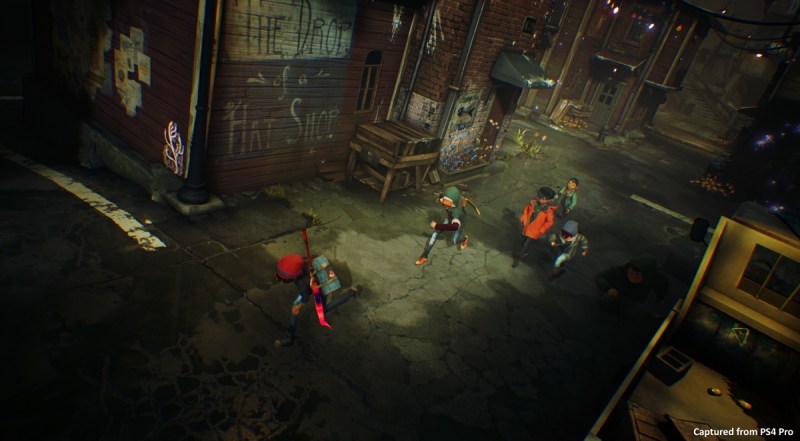 Above: The bullies are after Ash in Concrete Genie.

Once in a while, the genie gives you the ability to Super Paint, where you can spray the walls and blast away the black-purple pollution that grips many of the buildings. Once you do that, you can paint the walls, giving the genie more room to roam, and then illuminate the lightbulbs in a given area. If you do that on enough buildings in a zone, you can liberate the zone from the pollution.

I spent a fair amount of time restoring the walls of two zones. Now and then, the bullies would play in a certain area and block my way. But the rooftops are a “safe space” for Ash, said Dominic Robillard, creative director at Pixelopus, in an interview with GamesBeat. I hopped and climbed and jumped around, and called to the bullies to distract them away from their walls.

The magical “living paint” has a healing power that restores the vibrancy of the town. And when Ash is done, it looks like the best holiday light show ever.

Born in the art department 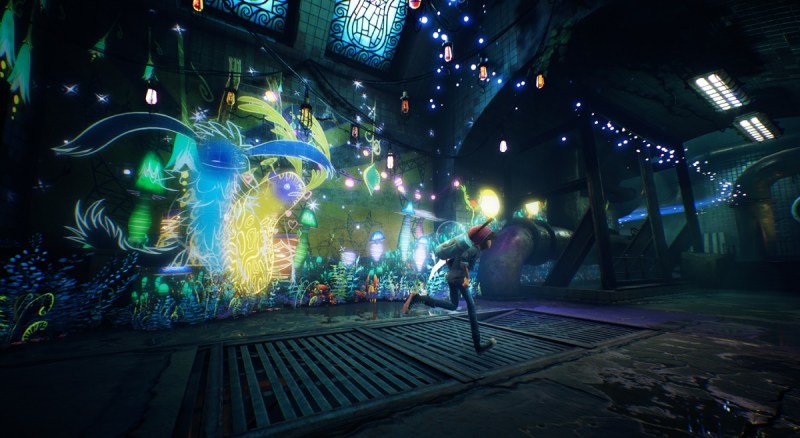 Above: Magical art is part of Concrete Genie.

Robillard and art director Jeff Sangalli about the making of the game. They told me that the idea was born in their art department, from a visual effects artist named Ashwin Kumar. They were tossing around ideas after they shipped Entwined, and they came up with this concept of a young boy artist being bullied. And Sony liked it so much that they let the team run with it.

Each building is like a puzzle. You have to jump on dumpsters and over fences, and connect all of the lights. It’s cute when the genies move around the corners of the buildings — an effect that art director Jeff Sangalli said was technically hard to pull off. I had to look at the map to figure out the lone chain of lights that I forgot to light up. Then I finally finished it.

But the fun part is interacting with the genies, who are mischievous. When you come upon a genie image on a sidewalk, you can awaken the genie with your paintbrush. Each one is emotionally expressive, and it will tell you what it wants you to paint on its walls. The genies don’t talk, but they purr with delight when you do their bidding. 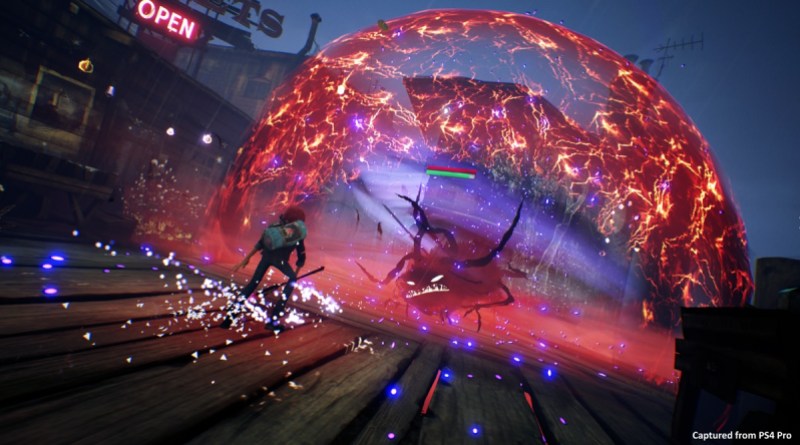 Above: Ash has to deal with the negativity in the town of Denska.

But it’s not all a great light show. The developers also showed us a scene toward the end of the game, when Ash has to do battle with a black creature — a metaphor for somebody’s inner demon. The huge creatures hate Ash’s art and they try to run him down.

But Ash has new tools by the end of the game, like a hoverboard that he can use to escape or chase after the creatures. He can blast them with paint and eventually wear them down. This kind of gameplay is a lot more tense and dramatic, compared to the earlier gameplay. 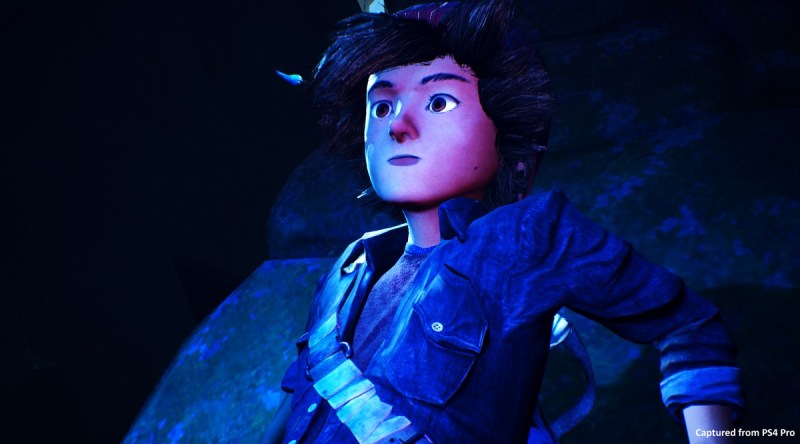 Above: Ash’s face is hand-drawn on a flat piece of paper, and then wrapped around a 3D object.

It is a very unique, art-driven video game where you can express your own creativity. Ash’s own self-discovery and self-expression is nice story of an outsider, a kid who gets picked on and still finds a way to be a hero.

You can also enjoy a virtual reality version with the PlayStation VR. That part of the game offers a VR experience mode and a VR free paint mode. It think it will be a feel-good game of the fall, and the $30 price is right for the scope of the game.