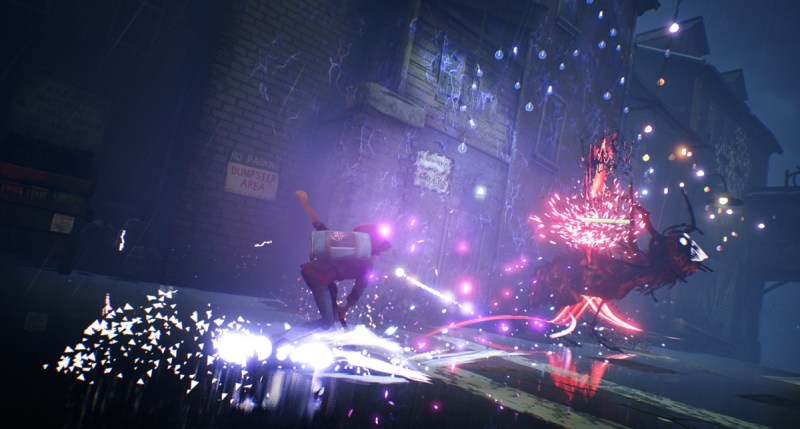 Above: Concrete Genie has spectacular art.

Using the PlayStation controller’s motion sensor seems like a natural way to “paint” on digital walls. But the perspective changes that come with motion in a 3D environment make the controls kind of wonky. It’s hard to simply paint an entire wall because you have to reposition the controller or get it aligned again before you can complete the painting. 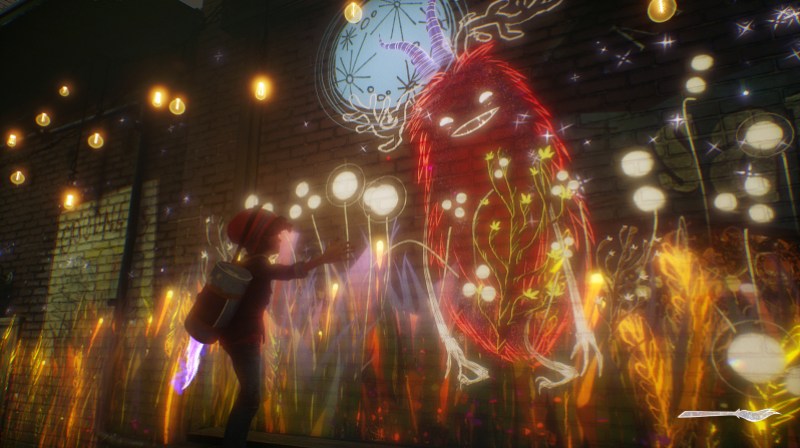 On top of that, when the action starts in the latter part of the game, you never know exactly where you’re aiming when you fire off a paint blast at the dark creatures. This could have been solved by a target reticle, but the game doesn’t have that. So you have to guess at where you are aiming by firing. The result is that you’ll often fire in the wrong direction at a critical moment. 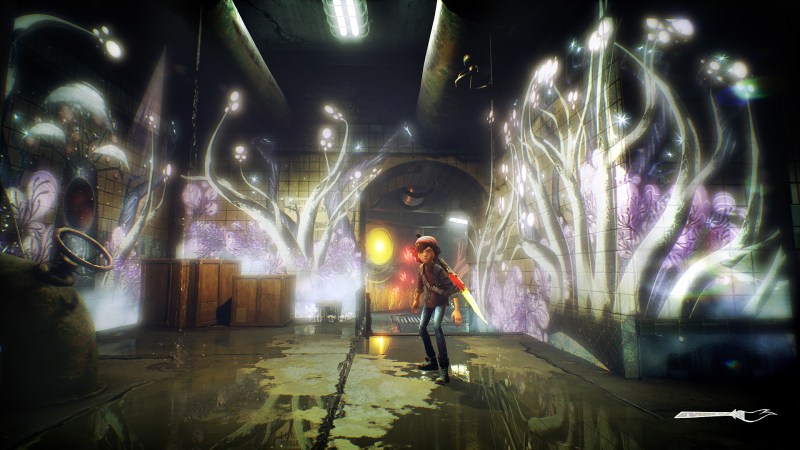 I played the game for a handful of hours. Denska isn’t all that big. You can try to collect a lot of items and repaint some images that you find in your wanderings. But you don’t have all that much to do in the game before it becomes repetitive. Thankfully, the developers knew when to stop when it did become repetitive. But it felt like the game could have gone on longer.

The game also didn’t have many save slots. I wanted to replay the finished boss battle. But I didn’t save the game at the right moment, so when the game was over, the only to get back to that battle was to play it all over again.

You learn along the way that each one of the bullies has a bad home environment. The parents have separated. A father is violent. Lots of shouting. You learn these things through flashbacks that happen when both Ash and one of the bullies grabs the magic paintbrush at the same time. Each bully doesn’t have much of a backstory. You simply see their past lives in the form of a still image, like an angry parent. You have to guess at the rest, but you assume that all the bullies have the same tough background. The game asks you to show these bullies compassion, but they are two dimensional. 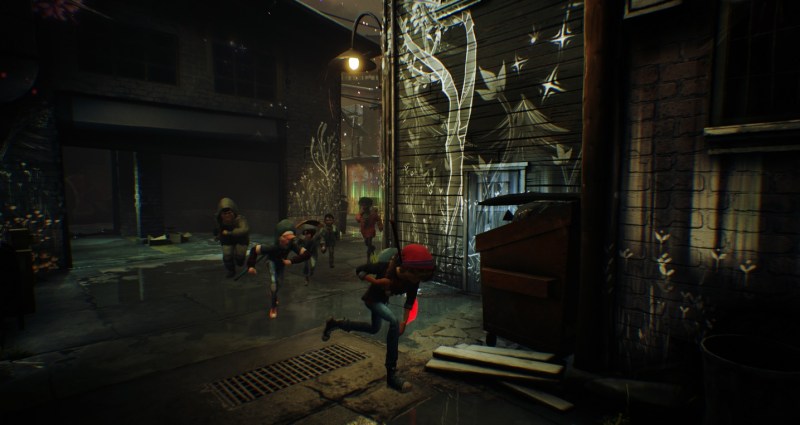 Above: The bullies chase Ash in Concrete Genie.

I think the game skews pretty young because it carries such a heartwarming message. On the other hand, the smallest kids might get spooked by the nightmares that appear as creatures later in the game. (That’s why it is rated E10+, for everyone 10 and older.) But it seems like a good game to play with your children because of the message of kindness and how to deal with bullies.

I liked the intentions of the game. But while it did have a big twist, I felt like it was more of a short story than a long narrative. Sony did the right thing in pricing the game at $30, but I also felt like the game could have been fleshed out more as a three-dimensional story, rather than a flat story on a 2D wall.

Concrete Genie is out now for the PlayStation 4. Sony provided GamesBeat with a digital code for the purposes of this review.