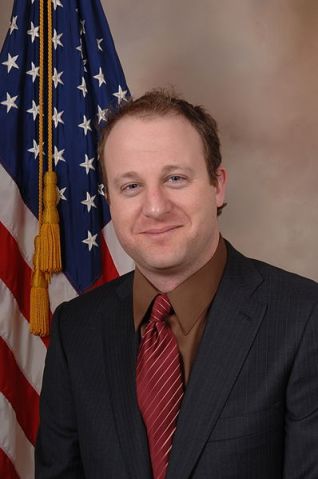 Congressman Jared Polis made an impromptu appearance on the official forum for online game League of Legends yesterday, to help gather further support in the movement against the Stop Internet Piracy Act (SOPA).

Congressman Polis, Democratic Representative from Colorado, plays League of Legends himself, and his message was met with a wealth of positive responses from fellow gamers.

The controversial SOPA bill is aimed at giving the U.S. government and copyright holders the authority to seek court orders against websites associated with infringing, pirating or counterfeiting intellectual property. Critics of the bill say that it will curb creativity, cost jobs and jeopardize free speech.

Riot Games CEO Brandon Beck had appealed to League of Legends players to write to Congress, in order to help stop the bill being passed. Polis then made his appearance in the same forum thread, to highlight the reasons he feels that SOPA should be stopped:

Hi, this is Congressman Jared Polis of Colorado. As a member of the League of Legends community (partial to Anivia and Maokai), and as someone who made his living as an Internet entrepreneur before being elected to Congress, I’m greatly concerned about the future of the Internet and gaming if Congress doesn’t wake up. You may have heard that Congress is currently considering a bill called the Stop Online Piracy Act, or SOPA. While SOPA has a ton of problems, there are some significant issues that I thought fellow gamers might want to know about.

I’m particularly concerned that SOPA might stifle the kind of innovation that brings us games we love, such as LoL. The bill makes it far too easy for angry competitors to sue good law abiding companies out of existence. It threatens any company or website that depends on user-generated content, even companies like Riot. Instead of coming up with great ways to keep making games like LoL even better, companies will have to spend their money hiring lawyers. That’s why companies like Riot, who want to protect the games they create, are opposed to SOPA.

I’ve been working on alternative legislation that would protect the games companies create while also fostering innovation. But we also need you to call your members of Congress and let them know of your opposition to SOPA. This bill has a very real chance of passing, and it is up to all of who want to protect the Internet to take action. More information is available at http://keepthewebopen.com/. Please make your voices heard in this debate! I will be happy to respond to your posts below, and will check back every few hours today and respond to as many as I can.

True to his word, Polis did check back on the site, to see the comment “We need more representatives like you”, to which he replied “*blush* There are a few who get this, but your calls will help convince many representatives who haven’t decided yet on this. Jared.”

bieberfever123: WHY DOES HE GET AN AVATAR AND l DONT???

Rep Jared Polis: u would just use Justin Beiber as your avatar anyway

bieberfever123: You got a problem with that?

Rep Jared Polis: Jes saying it might b a copyright violation

Polis, who formed a number of successful internet businesses, including ProFlowers.com, before being elected to Congress in 2008, has been a vocal opponent of the SOPA bill. He has previously said that SOPA will “destroy the Internet as we know it”, and is instead backing an alternative bill, known as OPEN: Online Protection & Enforcement of Digital Trade Act.

To keep up to date with the SOPA story, be sure to follow VentureBeat’s ongoing coverage.